In this brand-new electrifying book of photography by Norman Reedus, entitled PORTRAITS FROM THE WOODS, he captures moments behind the scenes of The Walking Dead as only Norman could deliver. With his unique sense of humor, traveling into the Georgian woods with Norman’s cast of characters and zombies, alongside portraits of Jeffrey Dean Morgan, Hideo Kojima, Lena Dunham, Diane Kruger, Dave Chapelle, and many more to reveal the individuals that inhabit his life.

Reedus is known for starring in the popular AMC horror drama series The Walking Dead as Daryl Dixon, in the film The Boondock Saints (1999) and its sequel The Boondock Saints II: All Saints Day (2009) as Murphy MacManus, as Scud in Marvel’s Blade II (2002), Marco in Deuces Wild (2002) and for his AMC TV show Ride with Norman Reedus. 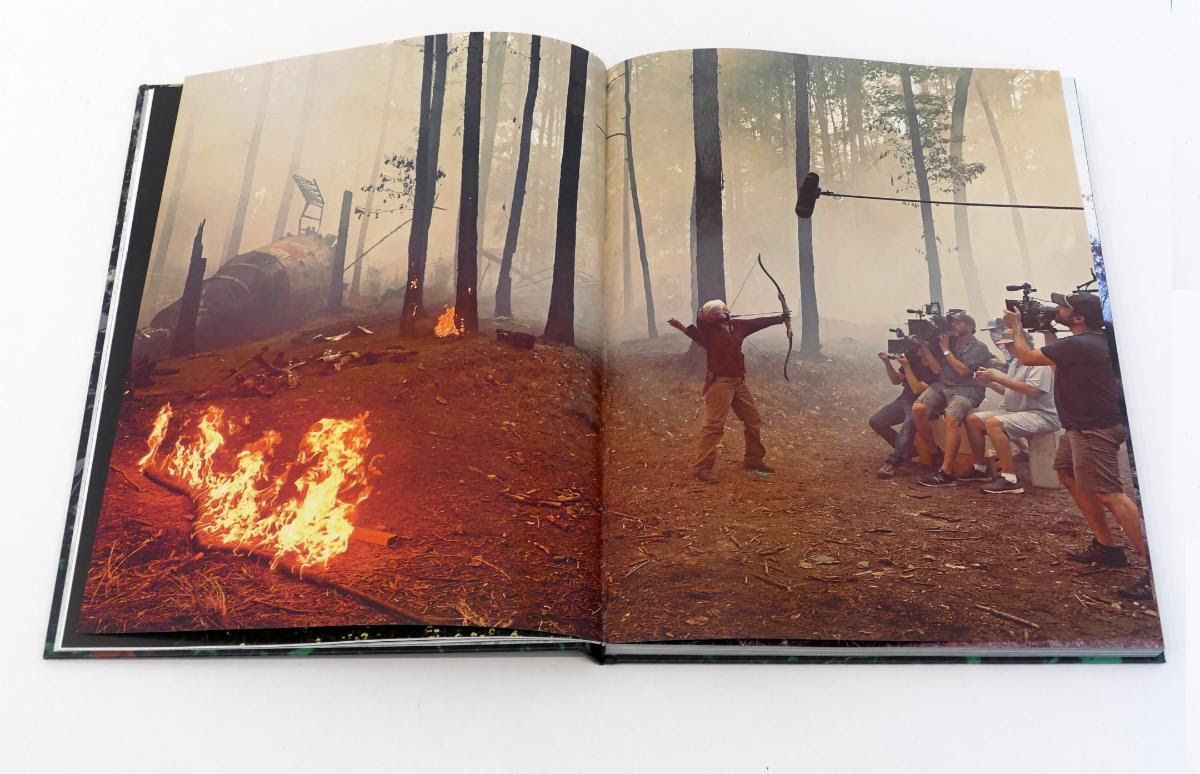 Norman has an indelible way of capturing the beauty and mystery in others. His photographs are beautiful and terrifying, macabre and provoking, alternately dark, and sublime. The recurring theme in his images is making the disturbing beautiful. His work has been exhibited in Europe and in the United States; Berlin, Hamburg, New York City, San Francisco, and Los Angeles.

Norman is never without his camera. Like his life on set and in the real world, Reedus’ images vacillate between the real and surreal. Certain portraits remain vivid and clear, while others are washed in intrigue: grainy, hazy and obscured. What unites all of these faces are the eyes that see them: Norman’s. From those eyes come a piercing intimacy, both precious and rare.

The hardcover first edition (144 pages, 9.5″ x 12″) is now available exclusively on Reedus’ website Big Bald Galley for $75. Additionally, the Special Collector’s Edition: Clothbound Clamshell Box which includes the hardcover book plus a signed archival photograph is also available now. Proceeds from sales are being donated to the COVID-19 Response Fund.