Director McG returns for another round of over-the-top mayhem, premiering next month.

Netflix releases THE BABYSITTER: KILLER QUEEN, the sequel to its popular 2017 bloodbath, September 10. McG also scripted this time with Dan Lagana, Brad Morris and Jimmy Warden, and the movie stars Jenna Ortega (replacing Samara Weaving as the lead villain) along with the original’s Judah Lewis, Emily Alyn Lind, Robbie Amell, Andrew Bachelor, Leslie Bibb, Hana Mae Lee, Bella Thorne and Ken Marino, plus Chris Wylde, Carl McDowell, Juliocesar Chavez, Maximilian Acevedo, Jennifer Foster, Helen Hong. The synopsis: “Two years after defeating a satanic cult led by his babysitter Bee, Cole [Lewis] continues to be haunted by the horrific events of that night. Everyone in his life thinks he has lost his mind since Bee and all of her friends disappeared, making Cole’s story hard to believe. He is still hopelessly smitten with his best friend and next door neighbor Melanie [Lind]–the only one who believes his story–who convinces him to forget the past and come to a party thrown at a nearby lake. But when old enemies unexpectedly return, Cole will once again have to outsmart the forces of evil and survive the night.” For more on the movie, head over to its Netflix page. 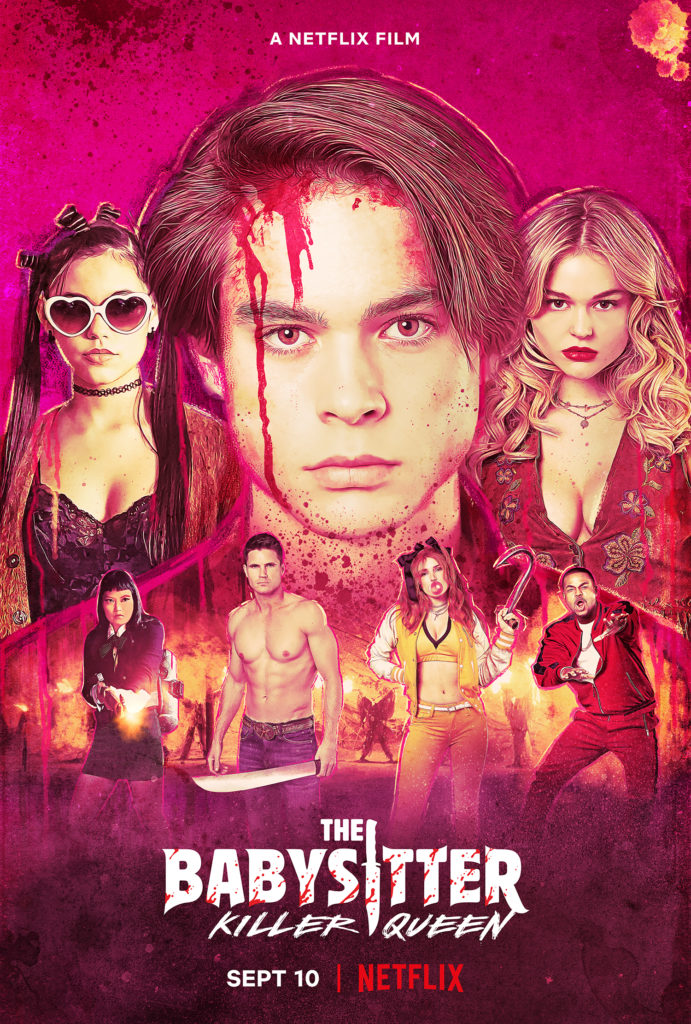