Rather than trying to bury its giallo influences, Uruguay’s THE LAST MATINEE (aka Al Morir La Matinée & Red Screening) puts them front-and-center. At one point, it even goes so far as to feature a poster for Dario Argento’s Opera in the background of the climactic confrontation between the black-gloved killer, Come Ojos (“Eats Eyes”; played by Ricardo Islas) and the daughter of the movie theater’s aging projectionist.

A patient and atmospheric horror film with a Goblin-esque score, THE LAST MATINEE’s high production value extends to its gore budget as well, with some of the most creative yet classic kills of the 21st-century slasher genre. While THE LAST MATINEE may not have anything particularly new to contribute to the legacy of the giallo, as a homage to Italian horror transposed into a Spanish-language and South American setting, it undoubtedly succeeds.

Set entirely within the confines of a stylish yet run-down 90s movie theatre, THE LAST MATINEE opens with the killer’s arrival, tracked by Zodiac-inspired aerial shots of his car’s progress through the rainy city. Most of the first act consists of introductions to his various victims-to-be, as they settle into their seats for a late-night screening of Frankenstein: Day of the Beast – a real 2011 film coincidently directed by Ricardo Islas, “Come Ojos” himself. 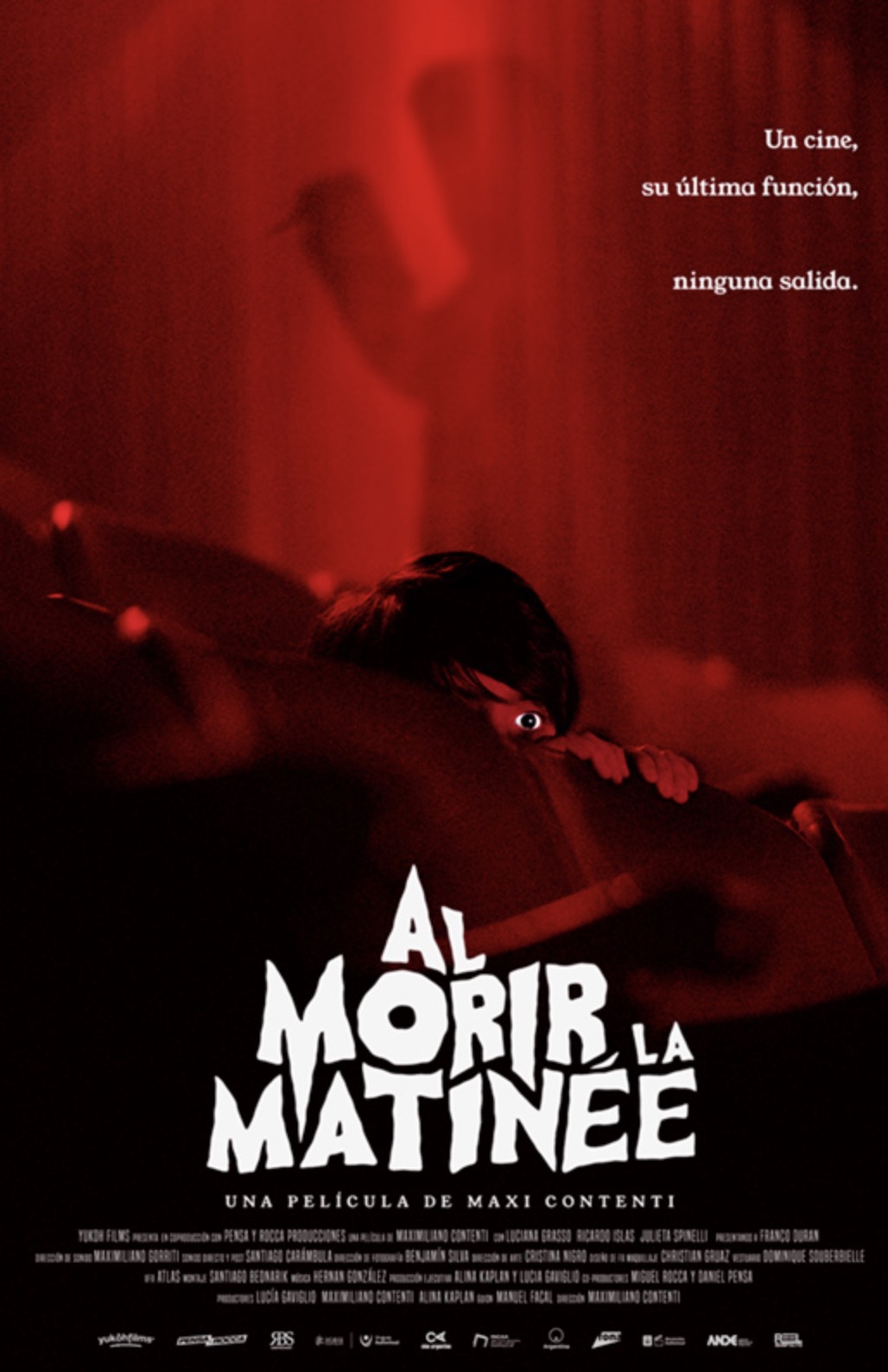 We are introduced to Ana (Luciana Grasso), an engineering student and the caring daughter of the theater’s regular projectionist, who appears to be in bad health and is sent home by Ana to rest while she takes over his duties for the night. Unbeknownst to Ana, the moviegoers below are being taken out one-by-one by Come Ojos, and her calm night of studying in between changing the film reels will become a nightmarish fight to the death with the killer.

Co-writer/director Maximiliano Contenti has an obvious eye for visually stunning shots, high-contrast lighting, and stylized aesthetics, which in combination with the prominent score are enough to keep you interested even when the action lags. There is little depth to THE LAST MATINEE, but that was clearly the intention of this straight-up slasher with its indulgently violent kill scenes. At its worst, THE LAST MATINEE is formulaic, plotless, and a bit oversaturated with shots of characters just watching Frankenstein: Day of the Beast. Yet, at its best, the film is genuinely tense and suspenseful with more than a few moments of jaw-dropping gore.

Having premiered in Uruguay in September 2020, THE LAST MATINEE’s screening at Panic Fest ‘21 appears to be its North American premiere. THE LAST MATINEE is not a film to skip, particularly due to the performances of its child/teen actors, who must band together in order to survive the night. With its not-so-subtle tips of the hat to Italian horror, THE LAST MATINEE is sure to warm the heart of any giallo or slasher aficionados.