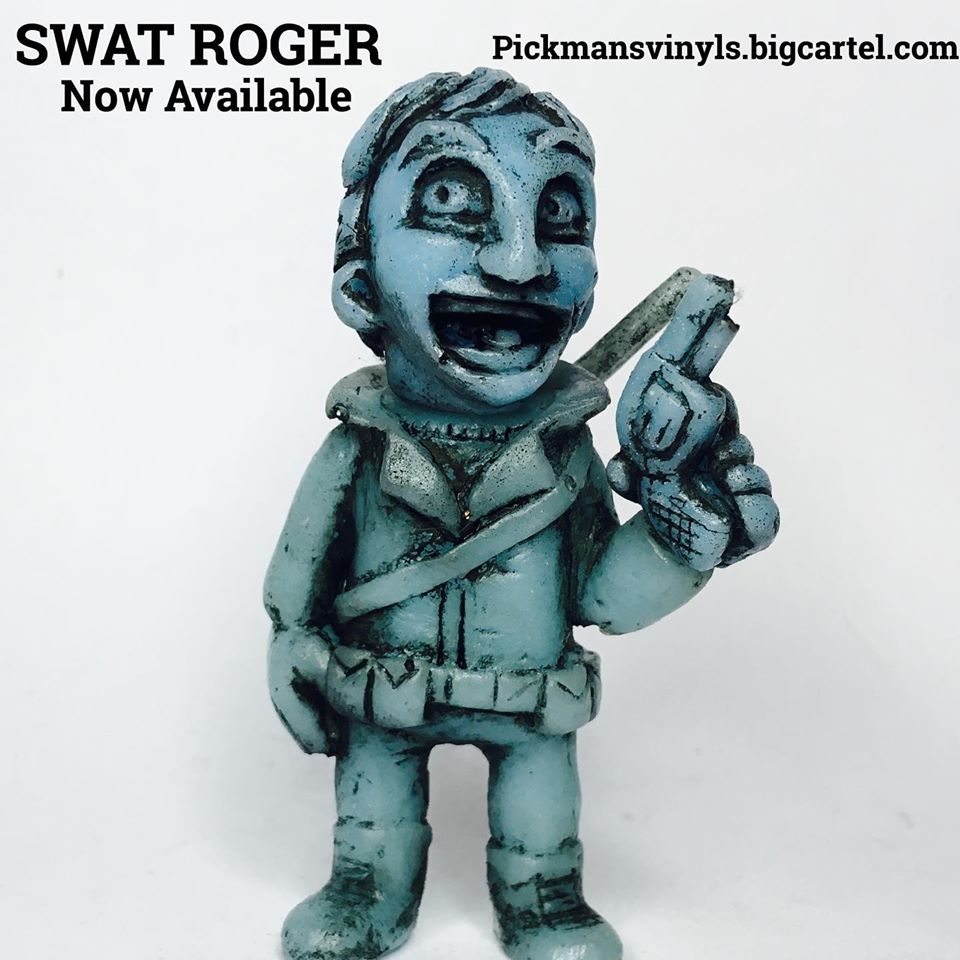 Pickman’s Vinyls (Joshua Allen Hibbard a.k.a. “Professor Pickman” and Mike Alvarez) have been very busy in 2020. Along with releasing their final 2.5 inch solid resin figure “Swat Roger” in the Dawn Of  The Dead inspired “Monroeville Minis” collectible figures line. They have also started working on a larger action figure line. This new line entitled “Pickman’s Midnight Creature Feature Horror Action Figures” (this line of figures was chosen by Mike Alvarez) shows how the duo is ever evolving and this may bring smiles to horror collector’s faces. This new line of authentically detailed  creations include larger 3 3/4 (and larger) inch tall hand-sculpted, hand-cast figures. Being as these figures are all created by hand makes them a very limited run of  2 waves of familiar horror film based figures, complete with articulated limbs and other special attributes. 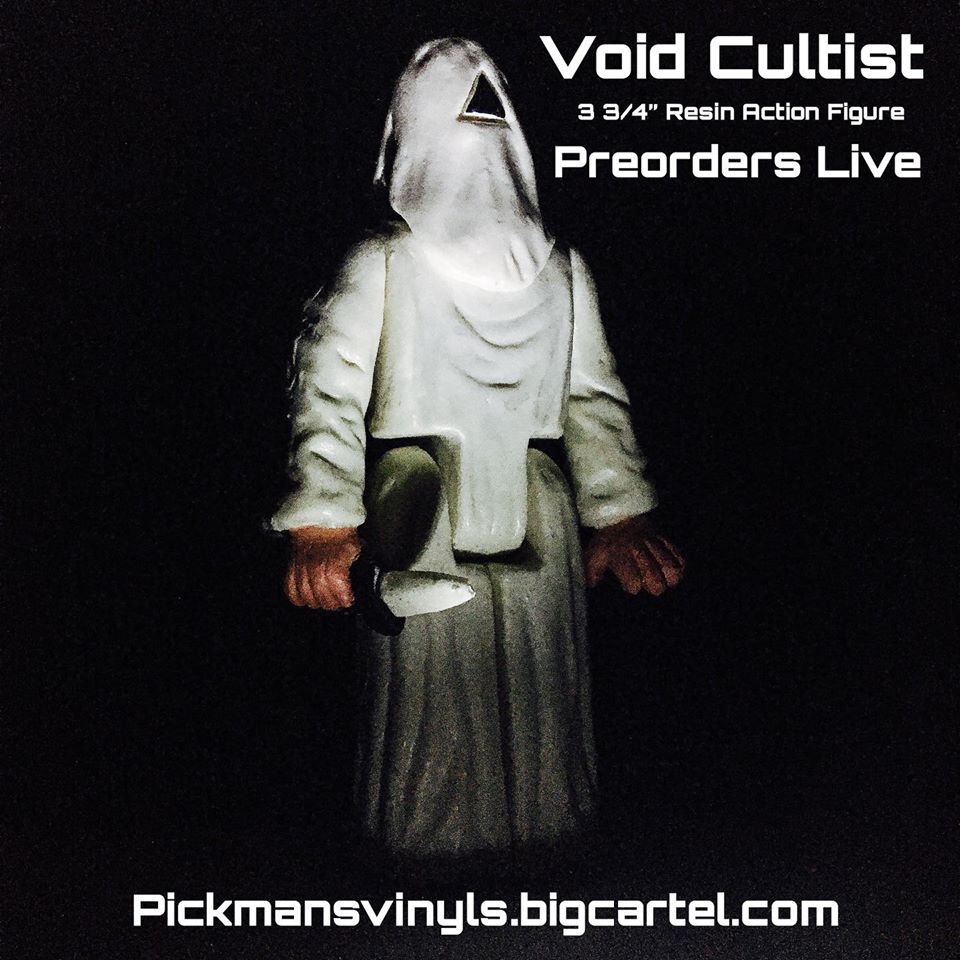 $30 USD per figure (plus shipping)

The exciting new line includes Void Cultist (with dagger accessory) which of course comes straight out of the very recent cult hit The Void (2017).  Other figures include Harry Warden, who some might remember from a little film called My Bloody Valentine (1981). This deranged miner comes with a pick axe accessory and a whole lot of rage. Not to be outdone or forgotten, the line also include “Slim” the Klown with killer intent from the film Killer Klowns From Outer Space (1988). Look for this 4 1/4 inch tall figure to include a shadow puppet accessory. What would a horror line be without the inclusion of a that good little boy from Crystal Lake. Jason Voorhees (based of the Jason from the second Friday The 13th film) stands 4 inches tall (mainly do to the burlap sack over his head) and includes a bloody machete and served head accessories. 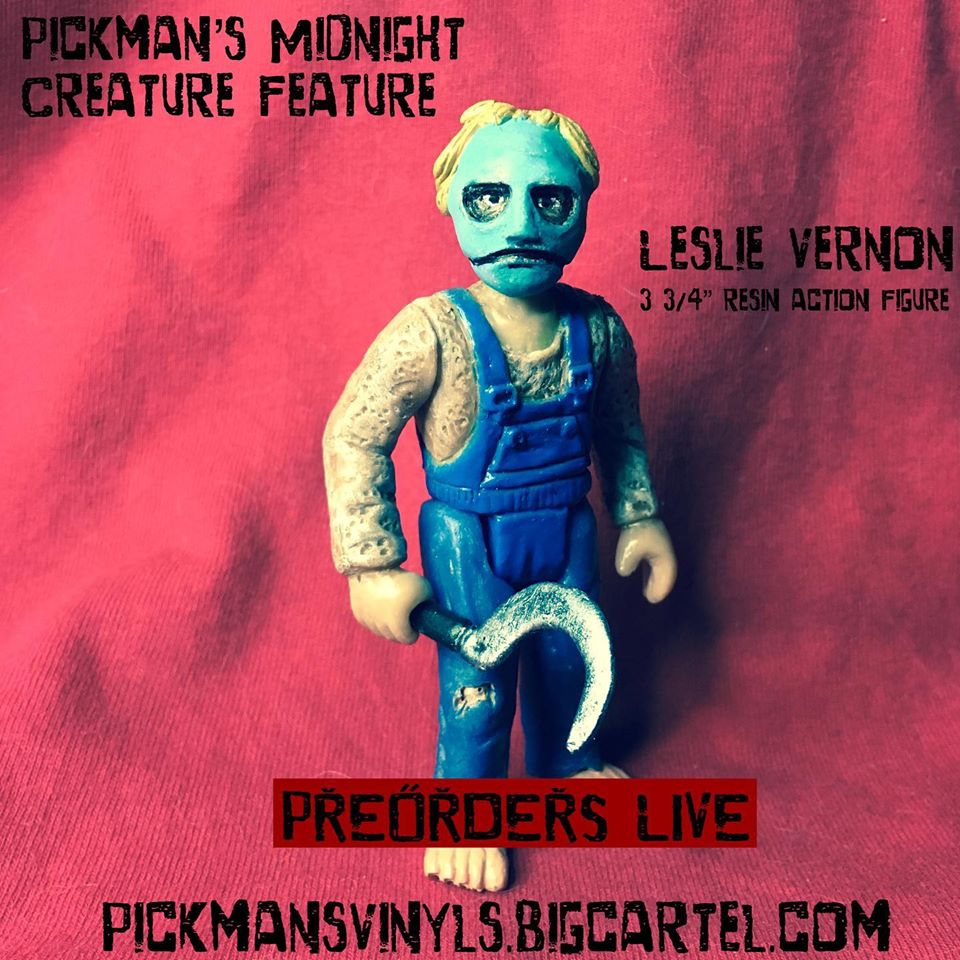 The next great psycho horror slasher comes from 2006’s often overlooked comedy, horror entitled Behind The Mask : The Rise Of Leslie Vernon. This mask wearing, overalls sporting serial killer comes complete with Scythe killing tool or “accessory”. Finally, last but not least is a horror figure you can really chew on. Captain Rhodes or H-Rhodes, who some may remember as a villain who spit a lot of vulgarity and threats from the George A. Romero classic zombie flick Day Of The Dead (1986). Look for this figure to spoil your lunch as it comes with removable intestines, that pop out from a cover on it’s chest. 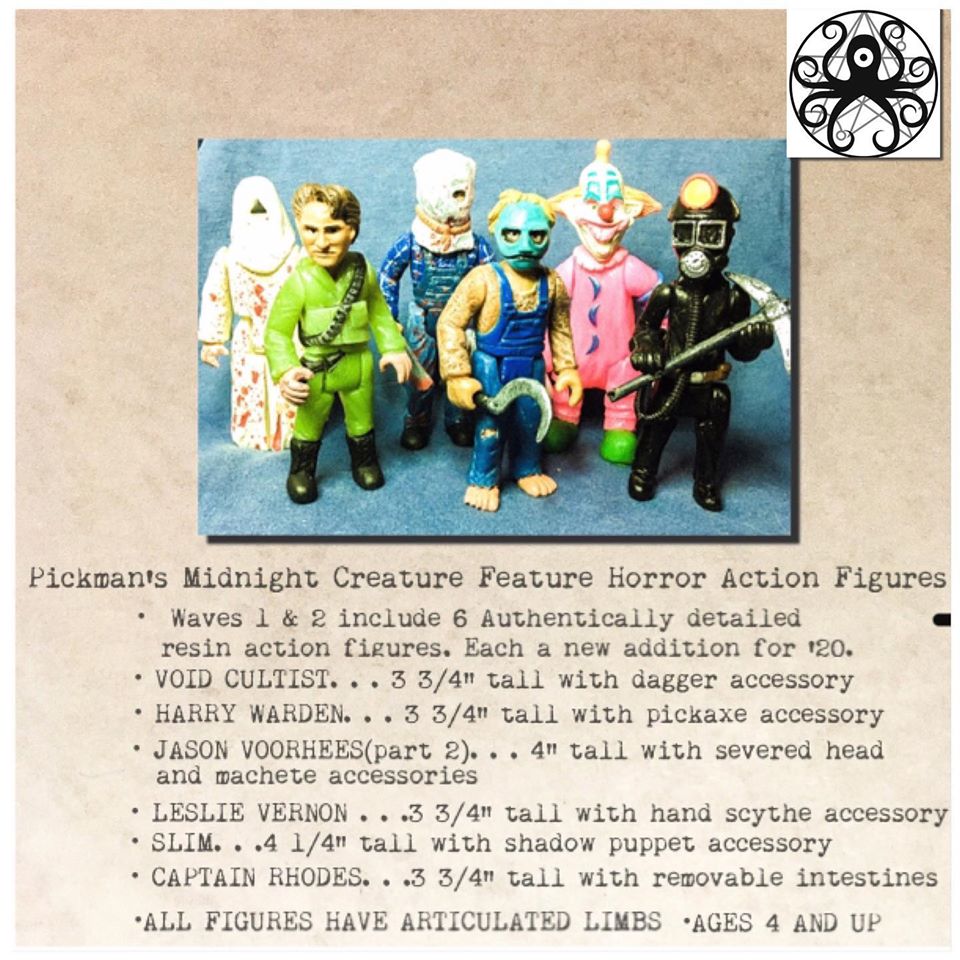 Pickman’s Vinyls are constantly creating new and exciting collectibles for all ages, so remember to keep an eye on the social media accounts for all new figure announcements, remember also these figures are very limited and may sell out at any time.