“The Further is a world far beyond our own, yet it’s all around us.  – a place without time as we know it. It’s a dark realm, filled with the tortured souls of the dead. A place not meant for the living.” Elise Rainier

I feel like I go to The Further every night, and thought maybe it’s time to explore that.

This week’s column is personal.

It was only in 2018 that I realized that not everyone has nightmares every night. I know this revelation will blow a lot of minds, but remember this – when you know nothing else, how are you supposed to know anything else exists? Throughout the years, I’ve developed coping mechanisms to shake me out of the horrific imagery that would linger with me: tarot, writing, and cardio. Oh that’s right – just like in ZOMBIELAND, cardio is an essential component to outrunning the remaining wispy tendrils of night terror. And also, horror. The genre of blood and gore and the macabre has always served as a sort of weighted blanket, a comforting port of safety through the storm. Hell, I put on the first film of the INSIDIOUS franchise the other day for research for this column – a particular day when a particular women’s right was hanging in the balance and my anxiety was skyrocketing well beyond an 11 – and within seconds, I shit you not, my mind began to relax. My heart rate regulated. A familiar sense of comfort washed over me, and I found myself, for the first time all day, able to take a slow, deep breath. I was settling into my happy place. My happy place of horror. 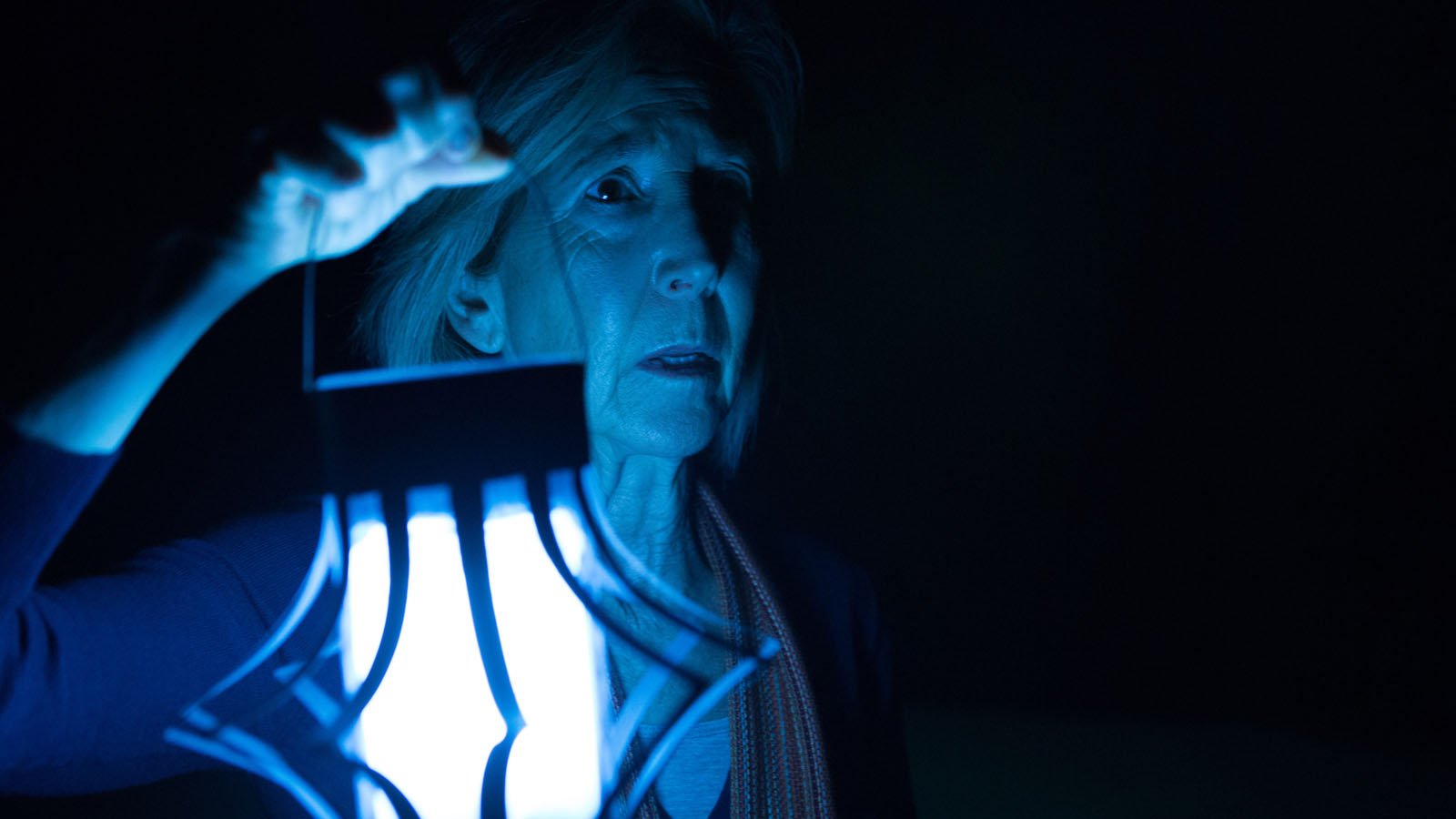 It’s from this space that our personal horrors can be explored. At one point recently, I was in the midst of a particularly harrowing nightmare, and Lin Shaye herself appeared, touched my forehead and said, “You’ve been here too long.” And then, I woke up. I think this parallels so perfectly with James Wan’s 2010 realm-bending, astral projection horror, INSIDIOUS, and its depiction of Dalton’s (Ty Simpkins) experience. Elise (Lin Shaye), calls Dalton an ‘accomplished traveler,’ referring to how long he’s been astral projecting in his sleep. “He’s not afraid, because he thinks they’re dreams. And it’s that very lack of fear that has led him to travel too far, and to become lost…in a place I call The Further.” I feel like this sentiment is relatable to almost everyone – we’ve all had those dreams that have felt so real, so vivid, so all-encompassing, that even upon waking, it seems like we’re pulling ourselves back from these alternate realms. We wake in a haze, one foot in our dreamscape, the other inching us forward, back into ‘reality.’ It can feel jarring, disorienting, as if part of us was left behind.

As if part of us is still needing to be called back. To be called home. Because what if more of us are also ‘travelers’? What if we’re engaging with other realms while we sleep? What if we are actually venturing into another world filled with entities, spirits, lost souls – tortured souls – that have motives of their own? 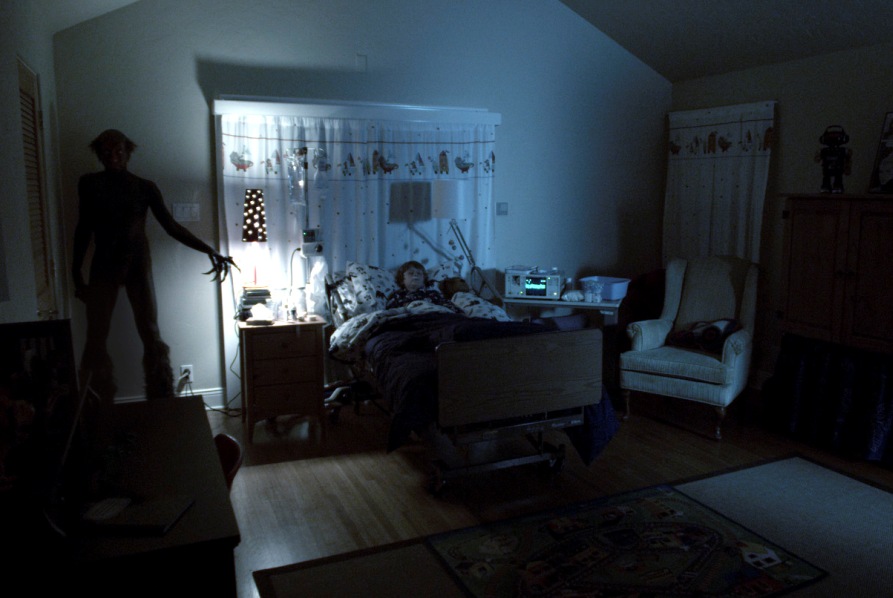 “They crave life. The chance to live again.”

Not all of us have the help of psychic luminaries like Elise to help us. So what do we do?

We begin the work of becoming Abra. 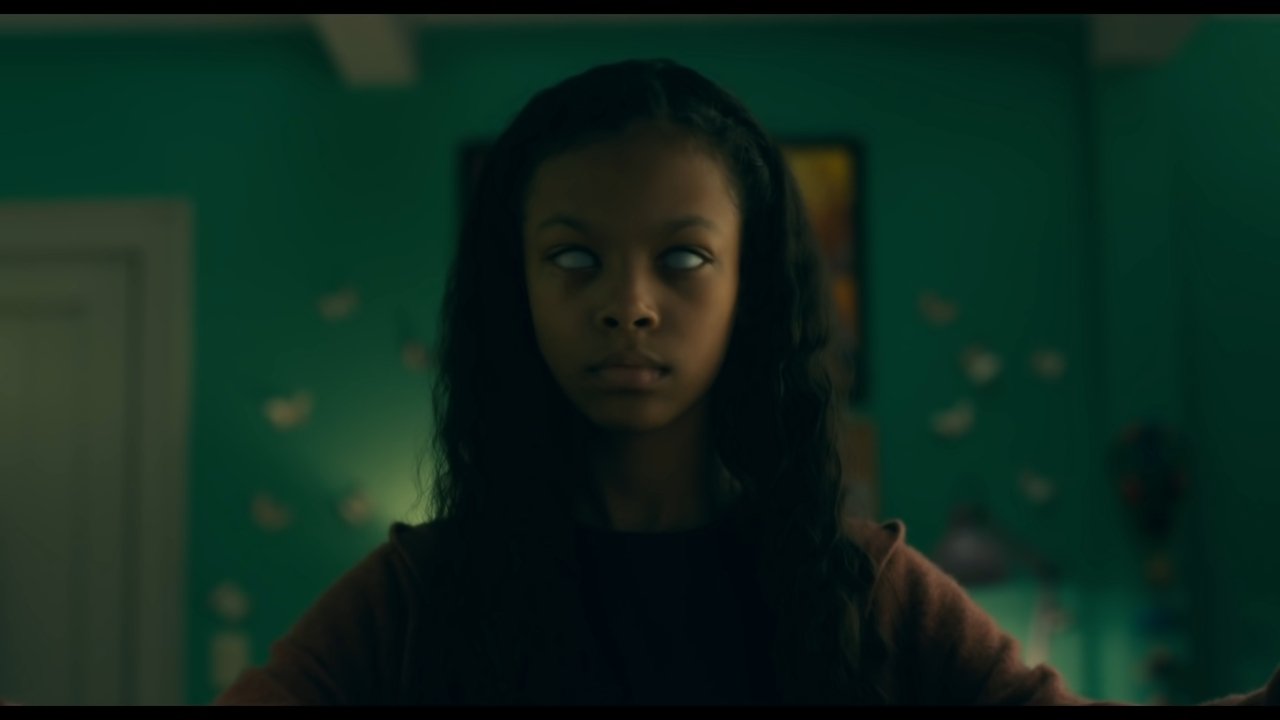 In Mike Flanagan’s incendiary 2019 adaptation of Stephen King’s DR. SLEEP, we meet a young girl who has also been flexing her astral projection muscles for a very long time, but, unlike Dalton, she is very aware of the power she holds and just how to wield it. Abra requires no saving – Abra is her own savior.

Abra radiates her shine. And sometimes, when we shine so bright, the darkness can’t help but be attracted to the light.

“World’s a hungry place, and the darkest things are the hungriest, and they’ll eat what shines. Swarm it, like mosquitoes or leaches. Can’t do nothing about that. What you can do is turn what they come for against them.” Dick Halloran 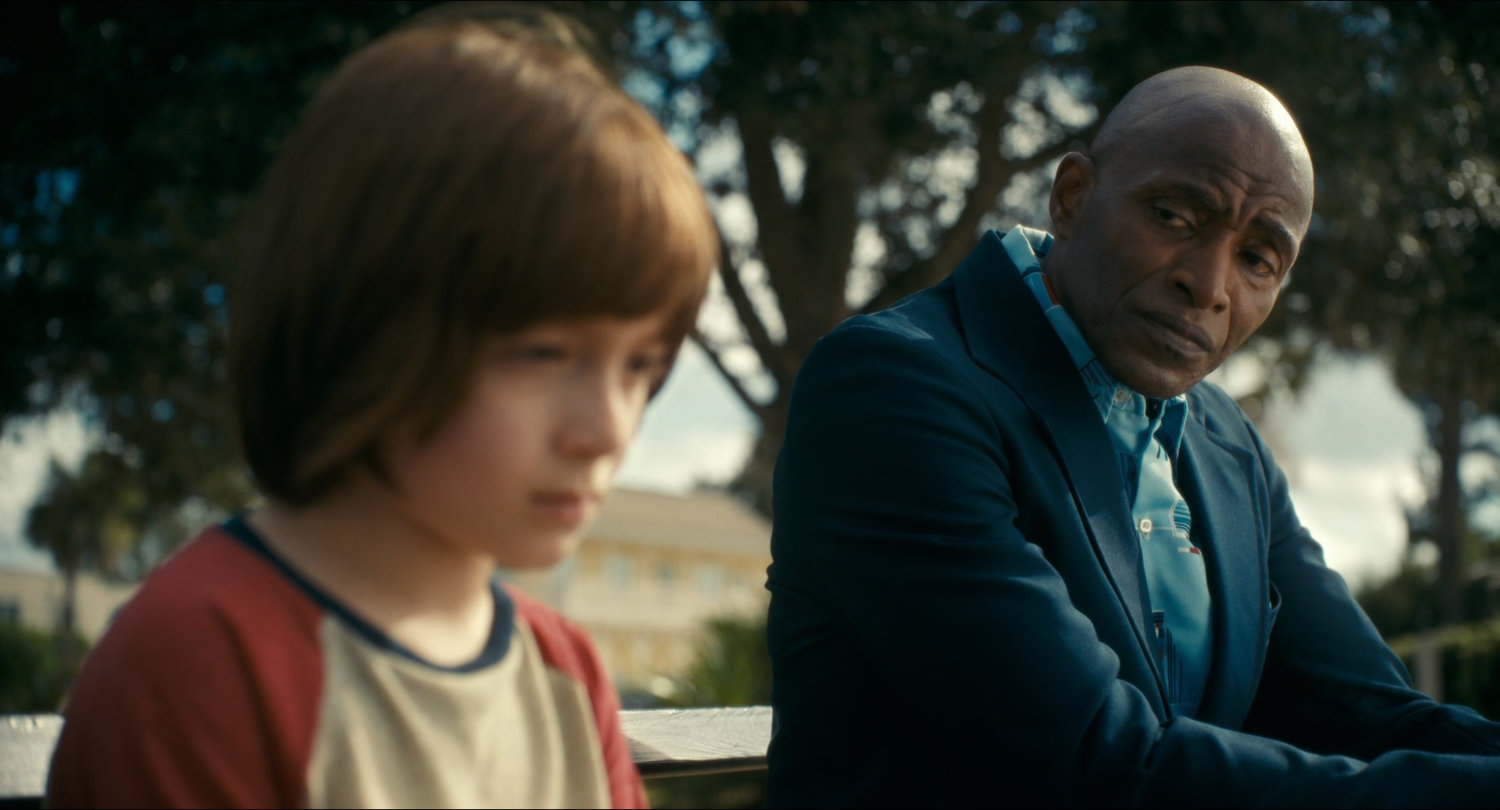 Abra (Kyliegh Curran) is so connected to her shine that she also feels others who burn bright. She felt Danny Torrence (Ewan McGregor). She felt Baseball Boy (Jacob Tremblay). She uses his missing person’s notice to astral project and see the vampiric True Knot caravan that was carrying him to his viciously brutal demise. She again used her astral body to locate the True Knot’s leader, Rose the Hat (Rebecca Ferguson), and once detected, she also ejected Rose from her psyche.

Abra’s shine is her strength, and she uses that strength to ensnare Rose the Hat when the head vampire herself comes to call on Abra. In another one of Mike Flanagan’s infamous degloving scenes, Abra slams Rose’s hand into a memory library file cabinet as she herself rifles through Rose’s head. Rose careens out of control, flying head over heels through the astral plane back to her body. Scared. Shaken. Furious. She uses her power to help defeat Rose and the rest of the True Knot, because she knows she’s strong enough to do it. 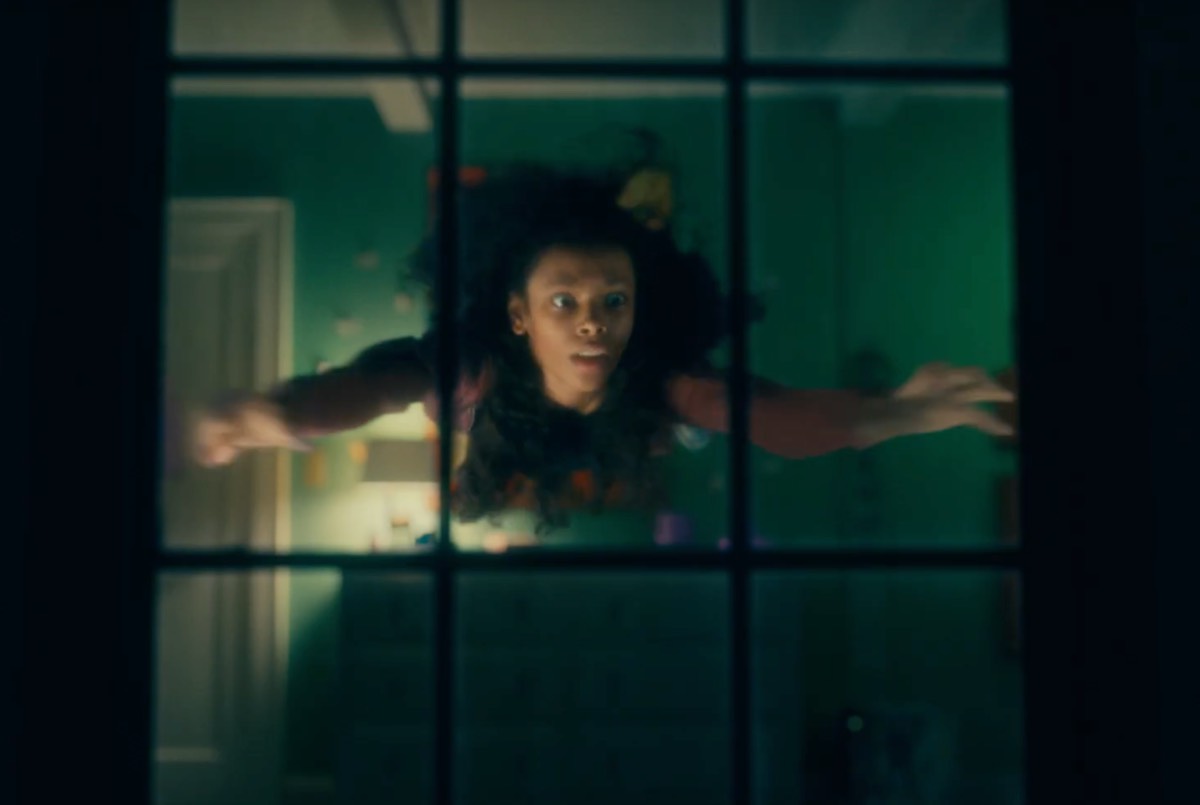 Uncle Dan: “You sure you want to do this?”

Abra’s channel of power is clear. Open. Strong. She doesn’t fear it – she approaches her power with curiosity; with a sense of limitlessness. She continues to explore – to push herself to rise to new levels of skill; incredible levels of strength and power. She doesn’t back down. She doesn’t allow fear to hold her back – she faces it, head on. No matter the adversary, because she knows this is the right thing to do with the power she’s been gifted.

“We’ll see who does the screaming.” 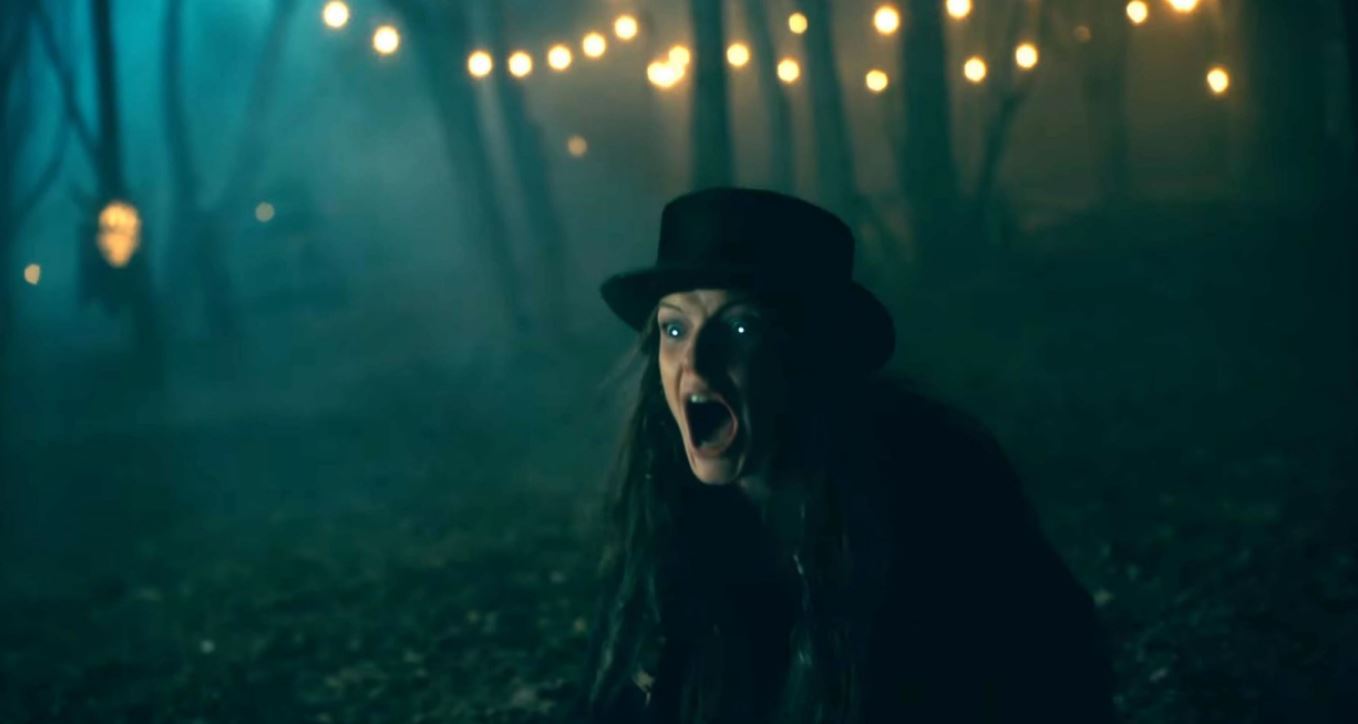 The lesson here is this – never, ever dim your shine. But do get to know it. Explore it. Listen to it. Feel its power and then step into that power. Your power. Embrace it and nurture it and grow it so much that there are no lines separating you from your true essence. You become your own united front against those who would seek to take your power away. Don’t sleep on it – engage with it. Become it. Command it. And then, like Abra, wield it for good. For protection. For those you love. Because we all begin as Dalton’s – we all begin somewhere. But the key to empowering ourselves to grow and take control of the nightmares, the travels beyond ourselves, the interactions with those who would seek to take and hurt rather than to give and help, is to become our own lights in the dark. To call ourselves back from The Further. To flex the latent gifts we’ve been sleeping on. To wake up to ourselves – to our power. And to wholeheartedly, unequivocally, believe in it.

“The world’s a hungry place. A dark place. Maybe there’s more of them or things like them or worse…there are more people like you, too. People who stand…” 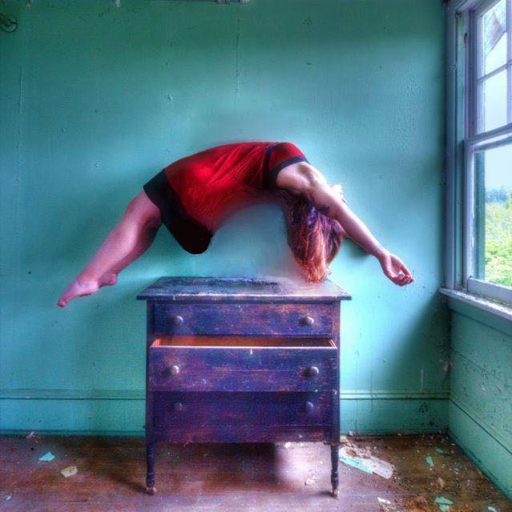 Jillian Kristina
Jillian Kristina blends her love of horror and magic to facilitate healing from the real horrors in the world. Stephen King's movies and books raised her; magic and the occult molded and healed her. Find her on Instagram @root_down, on Twitter @RootDownTarot, and through her website jilliankristina.com.