“PLUG IT UP!”: The Monstrous Vulva in Horror

If you haven’t seen The Lighthouse by now, you have probably seen the number of reviews citing its exposure of toxic masculinity imploding into itself. There is no doubt that the focus of the film is centred on how men relate to one another and with that, confusion around sexuality. In that confusion, creeps in one of the most shocking sights on film of a familiar yet totally unfamiliar part of the female anatomy. Though the moment has been glossed over in most reviews, it is a testament that something inherently scary manifests itself as something a little closer to home than the darkest depths of the forest or even the monster under your bed. In a world which is, despite all efforts, run by straight white men, this lingering fear of women’s bodies focusing on the most “mysterious” part; vulvas are terrifying because they are not understood. We’ve only known properly about the clitoris since 1998, and the wrong name is still widely used (the vagina is just the canal inside, not the whole thing, people). Most recently, The Lighthouse made use of vulvas as a monstrous element of the film, but it is by far not the first. I’m going to look at three horror films in which the vulva takes on the role of the monstrous, namely, Carrie and its exploration of periods, Antichrist and the power of female sexuality and Teeth and vaginal power.

[please note, that since the world of movies in general is pretty cisnormative, the discussion here must equate the vulva with female sexuality, since that is what these films aim to depict. I hope, in the future to write a piece with a more nuanced discussion of sex and gender when it comes to female sexuality and the “female” body.] 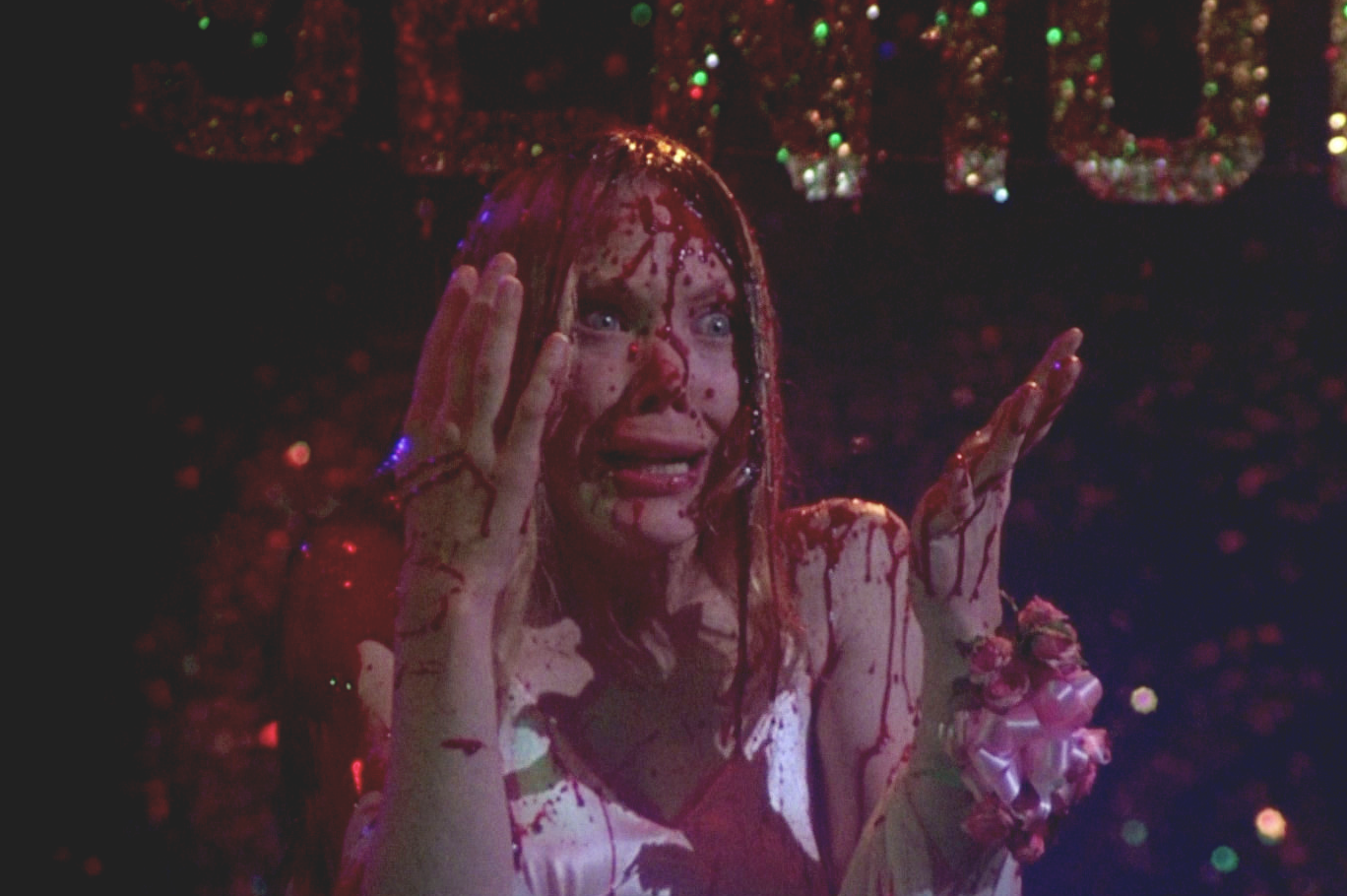 Brian de Palma’s Carrie shows a bullied and abused girl taking revenge on those who have wronged her in a cathartic bloody climax during her school prom. Carrie’s violence and power all stem from the advent of her first period. The source of terror in this film can then be said to stem from the advent of biological female adulthood and the monstrosity of menstruation. Menstruation signifies the relationship between women, the moon and to spiritual powers, and in ancient times, it was seen as Liv Stromquist describes in Fruit of Knowledge: The Vulva vs The Patriarchy as “divine and spiritual powers manifested in the human body.” By contrast today, periods are by and large something shameful and disgusting, and utterly taboo. Carrie brings about a straddling of these two opposing attitudes. This film gives her menstruation association with the divine and simultaneously shows us how terrifying it is. The powers she garners once she reaches the age of biological maturity are not inherently evil. The final, heart-stopping jump scare (which still gets me on every viewing) reveals that however much we may scorn at her memory, dismiss her as a poor, crazy girl who just got pushed too far, the impact she left on her town is here to stay and her power is left unexplained and unique to Carrie alone. Once she taps into the power that her menstruation, and her vulva, has given her, it is everyone else who should be afraid, not her. 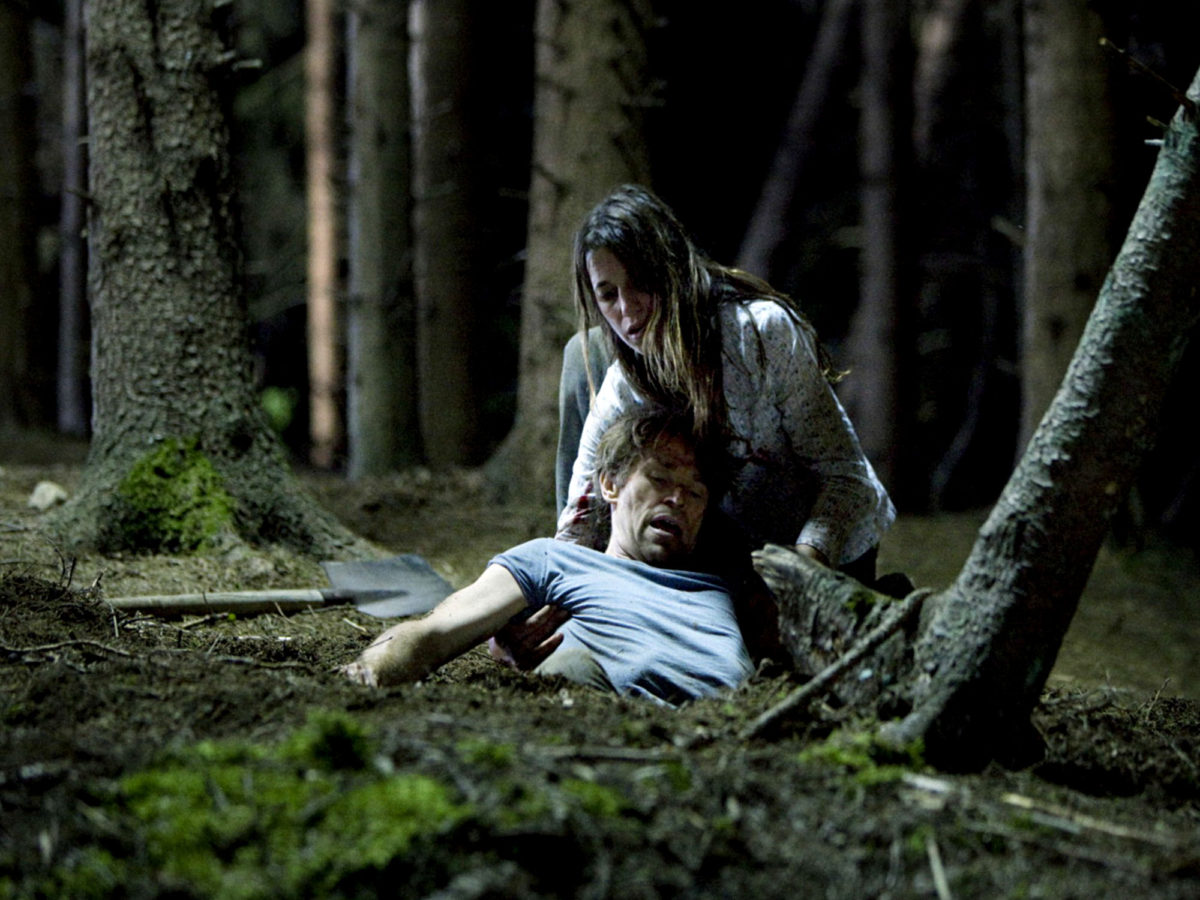 Antichrist, the epic (or epically over-the-top) horror-drama directed by Lars von Trier tells the story of a couple who are on a cabin-in-the-woods type getaway to reconnect after the death of their son, who falls out of the window while they are preoccupied having sex. However I may feel about it, this is an interesting film to discuss since the theme of misogyny, under the guise of “gynocide” (in inverted commas because this word exists in this film and this film only) is something which is explored on screen, but also in the surrounding discussion of Antichrist. Charlotte Gainsbourg’s character, named ‘She’, has been working on a thesis about gynocide, something which etymologically joins women and the reproductive system together. It is almost always the physical aspects of womanhood and female sexuality which are put on trial during this nightmarish film. Once She sees her fears actualised, in the way her own sexual urges ultimately led to the death of her son, she has a mental break and performs genital mutilation on herself, and therefore it is also the physical elements of female sexuality – the vulva – which are punished. Von Trier wrote and directed this film during an intense depressive period, manifesting his fear of the world in hatred and fear of the female anatomy. It is just as easily argued that the final horrifying act is the product of the fragile masculinity of the director at a nadir in his emotions as it is the end result of a well-written female character. It’s probably obvious which one I’d put my money on. (And what do we learn about the wider context of the very real issue of FGM as a result of this scene, specifically about how the censorship of female pleasure results in this important issue? Very little.) 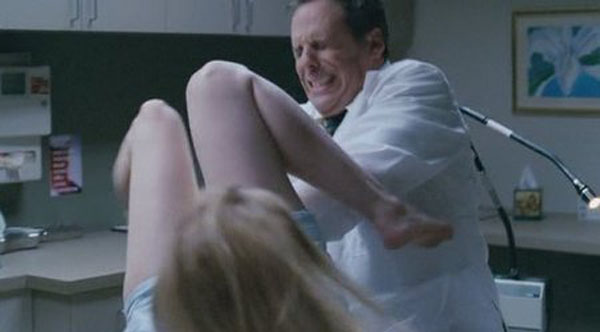 Finally, we have the infamous Teeth. I’m not sure the filmmakers knew they were crafting such an excellent exercise in tonal experimentation but the result is that of a car crash – you cannot look away. Teeth appears to be the ultimate in vaginaphobic (vulvaphobic?) films, before coming full circle into some perversion of the journey towards feminine self-acceptance. The monster is not disguised in layers of metaphor, as in Carrie’s manifested powers, nor in the violent consequences of She’s sexual appetite. In Teeth, the monster is the vulva itself – Dawn suffers from the legendary vagina dentata (her vulva has teeth). The trajectory of Dawn’s character mirrors that of any confused teenage girl who finds herself at a loss with what to do with her newfound sexuality and the unknown entity between her legs. Dawn is head of the college’s chastity society (I didn’t say the film was subtle) and the school’s sex-ed classes leave a lot to be desired, so at first, she is none the wiser that anything is out of the ordinary. Once she works it out, Dawn does whatever she can to keep her abnormality under control, but circumstances are not kind to her and it ends up becoming a weapon in various acts of self defence. The ‘monster’ of this film lies unquestionably in her vaginal teeth and the way she controls them to enact violence. It is the fault of her own chastity and the shortcomings of sexual education which leads her to misunderstand her body until it’s too late to change anything, yet it is Dawn alone who is incriminated in the outcomes of this film. Whether you see this film as more of a comedy-horror, or just straight up horror film, depends on what you have between your legs.

Despite the insincerity of some of the aforementioned uses of vulvas in horror, I would argue that all these are sincere reflections of different ways in which today’s culture is afraid of the female physical form, specifically the vulva. Carrie illustrates the power which comes with the advent of maturity, and womanly sexuality is therefore presented, in more than one way, as a bloodbath. Antichrist shows how female pleasure holds power for evil as well as good, and teaches us to fear the woman who understands this power. Teeth takes this one step further and puts the blame on chastity and the short-comings of sex-ed which hide the truth about anatomy until it’s too late. However, in every case, it is the person who possesses the vulva, or the vulva itself, who is the (somewhat sympathetic) monster of the tale. It’s important to note that all three films had male directors and writers, and that Carrie was based on a book written by a male author – casting the vulva as the monster was done by men every single time. Showing the futility of women taking charge of their own sexuality and power does little to detract from the unquestionable message that this power is terrifying. What you do with this power is up to you.