Poster for Jeremy Saulnier’s “HOLD THE DARK” comes to light

Following up BLUE RUIN and GREEN ROOM, director Jeremy Saulnier delivers another brutal, intense experience with the Netflix original HOLD THE DARK. The poster has just been unveiled.

HOLD THE DARK, scripted by Saulnier’s regular collaborator Macon Blair from the novel by William Giraldi, premieres globally on Netflix September 28. Jeffrey Wright, Alexander Skarsgård, James Badge Dale, Riley Keough and Julian Black Antelope star; the synopsis: Retired naturalist and wolf expert Russell Core [Wright] journeys to the edge of civilization in northern Alaska at the pleading of Medora Slone [Keough], a young mother whose son was killed by a pack of wolves. As Core attempts to help Medora track down the wolves who took her son, a strange and dangerous relationship develops between the two lonely souls. But when Medora’s husband Vernon [Skarsgård] returns home from the Iraq War, the news of his child’s death ignites a violent chain of events. As local cop, Donald Marium [Dale], races to stop Vernon’s vengeful rampage, Core is forced on a perilous odyssey into the heart of darkness.” The movie’s Netflix page can be found here. 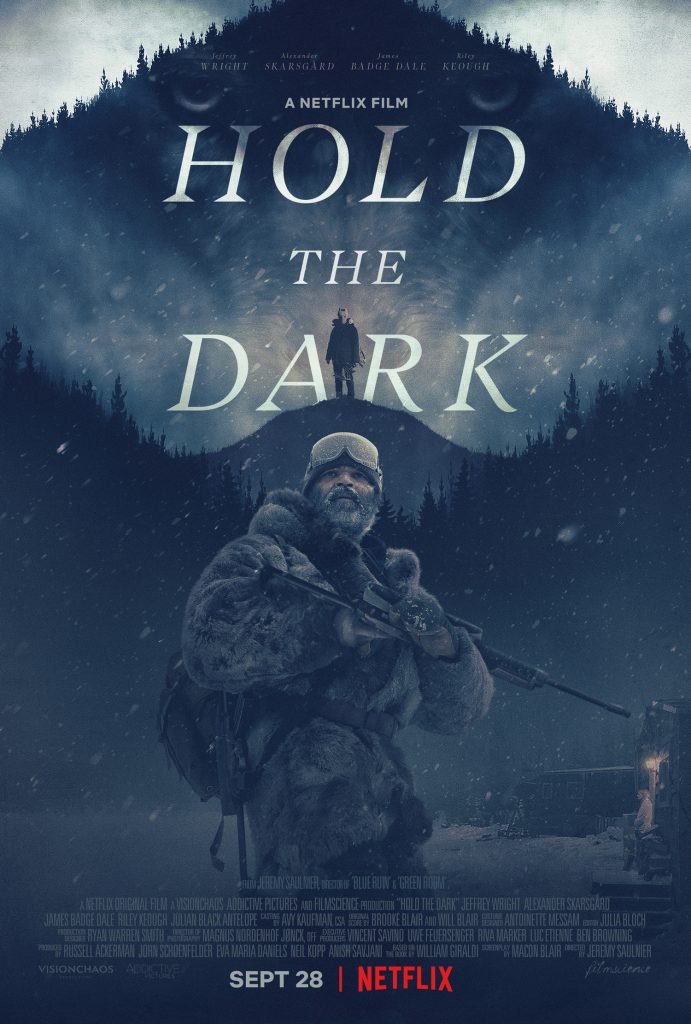