THE BOY BEHIND THE DOOR is a tense and terrifying thriller from filmmaking duo David Charbonier and Justin Powell (The Djinn) about two 12-year-old boys who find themselves in a fight for their life. Lonnie Chavis (The Water Man) and Ezra Dewey (The Djinn) star as the small-town tweens who find their friendship put to the test when they’re abducted and taken to an unknown location. We sat down with the film’s production designer, Ryan Brett Puckett to talk about his process and how he managed those tricky trunk shots.

How did you become a production designer?

I have a bizarre background. Most people who work in art departments usually come from unconventional means. I grew up working in shops, making things with my hands, not the best in school. Over time, I fell into photography and cinematography and was shooting small projects with friends. I was doing some photography, and I moved to LA, where some friends were shooting a horror film, Children of Sorrow. I ended up location scouting and art directing. I didn’t even know that was a job. I just knew that things needed to get made. People started calling me to keep doing that. It took me a year or two to admit, “Wow, I’m working in film as this thing called a production designer. Maybe I should start reading books about how this is all supposed to work.”

It’s hard to do anything by the book because things change all the time. I feel like the weird life experiences are almost as good as film school. Often you’ll come across a problem and think, “Oh, I did this one thing fifteen years ago that could solve this.”

How did you become part of THE BOY BEHIND THE DOOR team?

I did a movie a couple of years back called Bitch for SpectreVision. I had a great experience. Loved the crew. It was a fun and crazy shoot. We ended up going to Sundance with that. A couple of the production crews called me up out of the blue. I was on a small job, and they said, “Hey, we’re going to start working on this new feature.”

What were the initial meetings about for THE BOY BEHIND THE DOOR?

At first, the discussions were a lot about the technical issues. Usually, that’s not the way it works; you talk about aesthetics. One of the first things we talked about was how to shoot a child in the trunk of a car, not only safely but make it beautiful and interesting. Shooting anything in a trunk is difficult. There were a lot of details to figure out how to make it work. What car do we get? How do we cut it up? How do we light it? I started working on that very early to figure out the vehicle and how that would work.

From there, it was a lot of discussions about the aesthetics of the house and how to achieve a maze-like feel. So, it was a lot of playing around with where we could put walls, how we could shoot different angles, and change rooms to set up environments. Can you tell us a bit more about pulling off those tricky trunk scenes?

I’ve done a few scenes in tight spaces. A lot of it is figuring out the ideal angle for the camera in this cramped situation. Then, you reverse engineer that to learn where it’s best to cut holes but maintain the look of the space. I get excited when I get to cut things up. It’s so dark in that scene that a viewer can’t tell how many angles we were getting. But we had four ports for the camera to come through. On the gas tank side, we had an entire panel cut out. On the opposite side, the passenger side, we had a huge cutout for the camera. So one camera came through the back of the seats. And one coming up from underneath the car.

We spent a good portion of one day shooting in one direction and get a lot of coverage. Then, we’d replace that panel and work on the next direction. We’d work through a bunch of different options so that we could get the total darkness but also glimpses of light. It ended up being pretty effective, but it took some work to figure out where we would put those panels. It was a fun challenge. It was why in that early meeting we talked about that and how to pull it off.

How many cars did it take?

The original plan was to buy one car, then shoot all the driving scenes before we started hacking it up. But there was a shift in the schedule where it was impossible to do that. So, it turned into one car for the driving shots, which had this great ’70s look on the exterior. But the trunk was awful. It didn’t look cool at all. So, we brought in another vehicle for the trunk shots. It was like a half a car too – the front was already cut off.

At what point does your “production brain” get to work?

I like being sucked into the movies. I go to the movies and let myself be sucked in, no matter how ridiculous. That’s the magic. So, when I read a script, I try to dive into it with as much of a blank canvass as possible. I like to get that first impression and what it all means to me. What am I most excited about? Inherently, like when reading any book, your brain starts formulating the space and what’s happening. I’ll read it, wait until the next day, then pick it up and start making out the potential headaches. I tend to pick those out as soon as possible because it’s much easier to take care of them as soon as you can.

Is it tough to gauge how the film will turn out while in the thick of it?

Every department has their moments where they don’t see things going a certain way. But there’s the surprise of seeing the whole movie and these moments where you understand why those certain things work. There’s plenty of give and take in a collaboration. It certainly often feels like everything will fall apart at any second, but that’s part of the fun.

THE BOY BEHIND THE DOOR is available on Shudder. 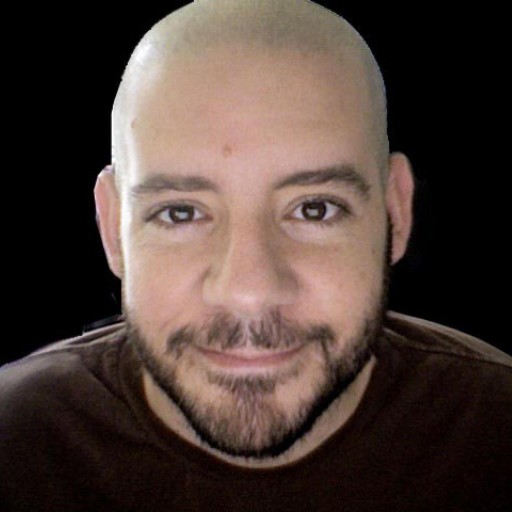 Ruben Diaz
Writer of several indie films, comics, and more, including this profile, Ruben loves storytelling in all its forms, even more so when it's horror and/or science fiction. Video games are amazing, and playing Devil's advocate is fun. He's been fascinated by Earth since 1976.