Legendary Goosebumps author R.L. Stine has teamed up with author/screenwriter/producer Seth Grahame-Smith (It Chapter Two, Abraham Lincoln: Vampire Hunter) and Disney+ to bring you JUST BEYOND, an anthology series inspired by Stine’s recent graphic novel series of the same name.

JUST BEYOND tells eight astonishing and thought-provoking stories of a reality just beyond the one we know. Each episode introduces viewers to a new cast of characters who must go on a surprising journey of self-discovery in a supernatural world of witches, aliens, ghosts and parallel universes. The series features turns from up and comers such as McKenna Grace (Ghostbusters: Afterlife), Gabriel Bateman (Child’s Play 2019) and Lexi Underwood (The Crooked Man), as well as appearances by familiar faces like Henry Thomas (E.T. The Extra-Terrestrial, The Haunting of Bly Manor) and Nasim Pedrad (Scream Queens).

Stine and Grahame-Smith recently sat down with RUE MORGUE to discuss the nature of horror anthologies, crafting scares for young people in the digital age, and how JUST BEYOND tackles big topics in a family-friendly context. 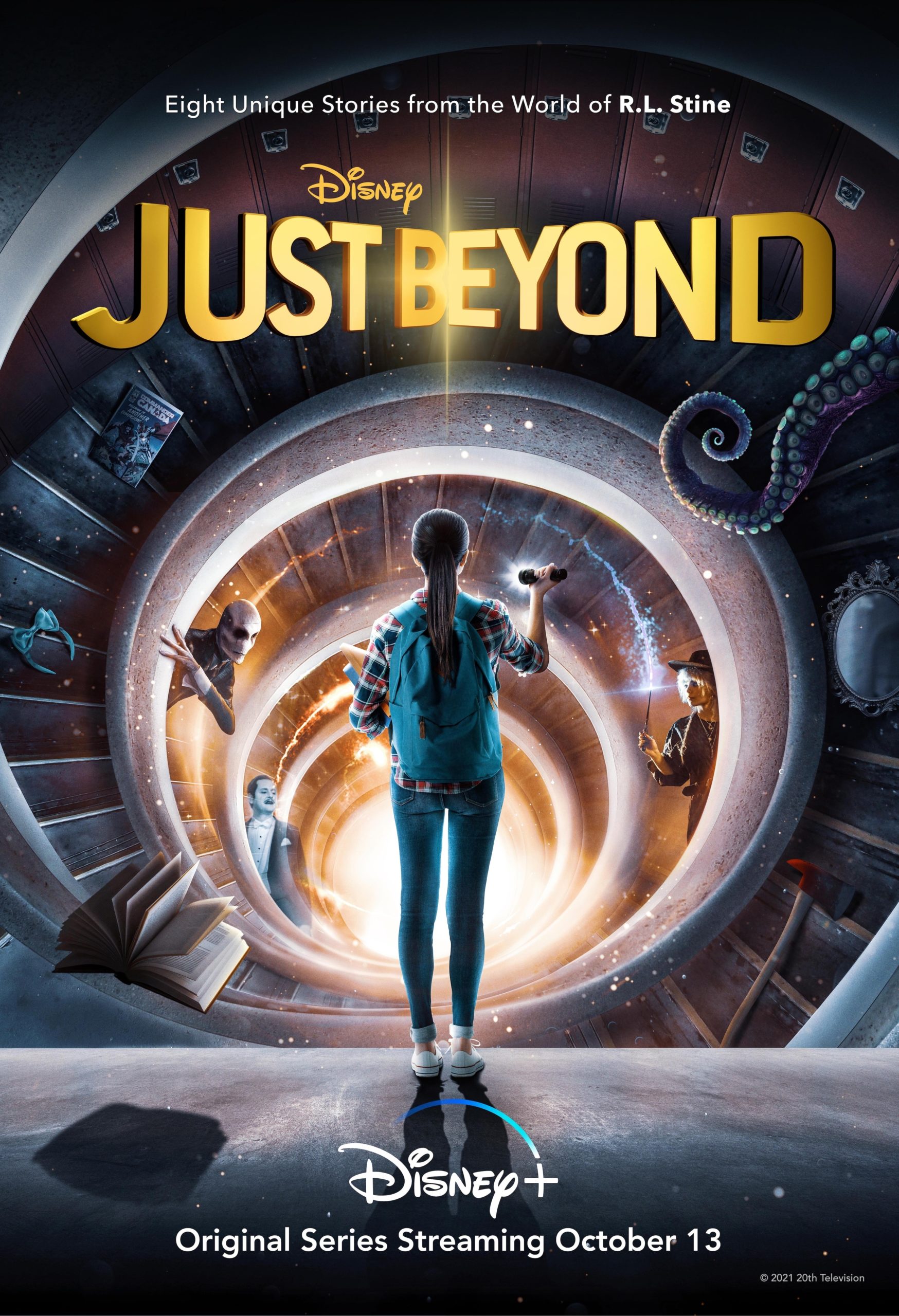 JUST BEYOND is based on your 2019 graphic novel series. What sets it apart from your other work for fans who might have read you as a kid but are adults now?

Would you agree, Seth?

SGS: Look, for me, this was easy. Somebody brought me a copy of Bob’s graphic novel and said, “This would make a great TV show, wouldn’t it?” I said, “Yeah, it surely would.” We sat around with some smart writers and dreamed up these genre stories in the world of R.L. Stine, and in the spirit of his writing, and keeping in mind that we’re on Disney+. We’re not going to Freddy’s Dead territory. The fun of it for me was, I’m sure like all of us, I grew up watching shows like the Twilight Zone and Amazing Stories.The idea of getting to do a genre anthology was really exciting. It turned out to be a lot of fun. 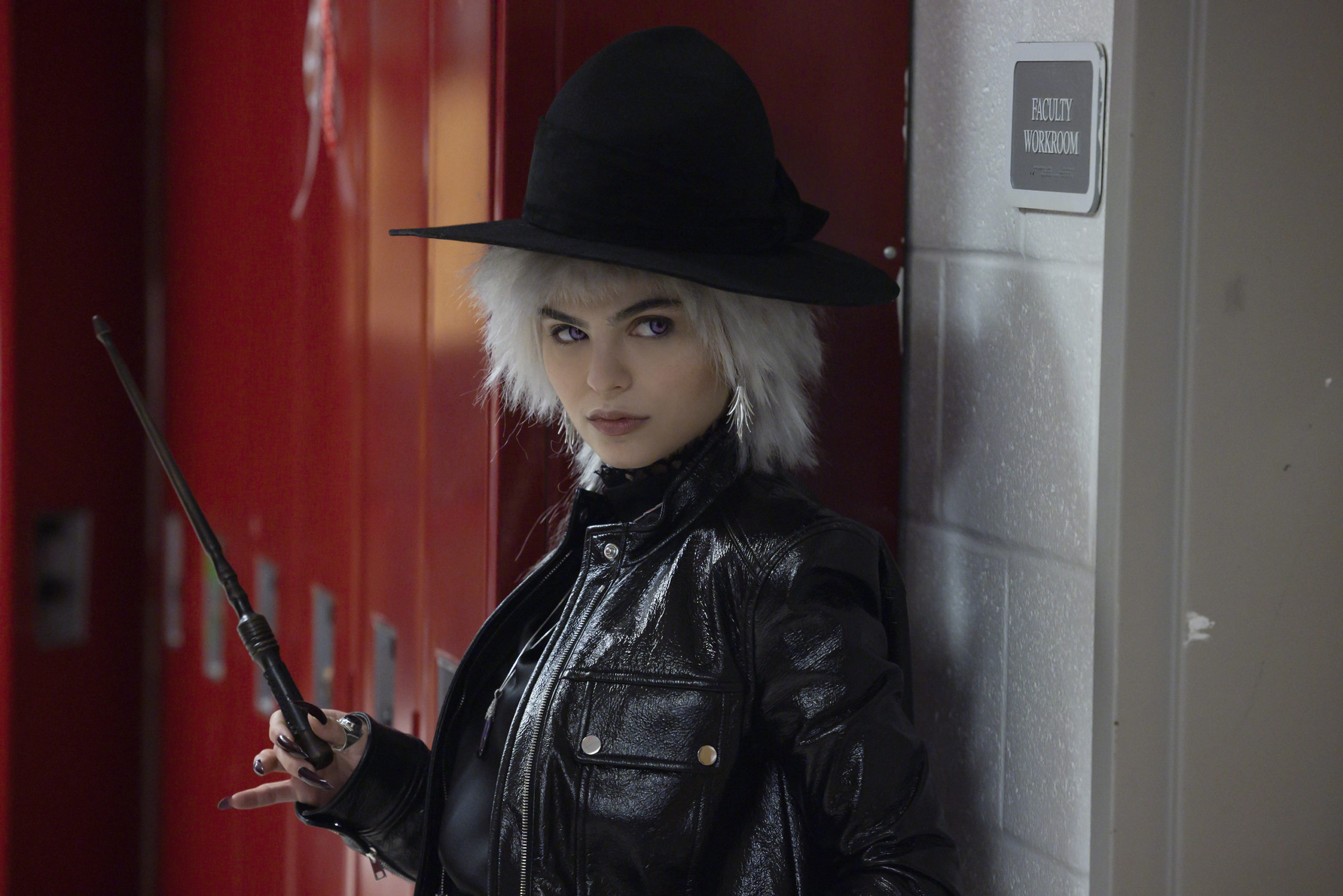 How did you decide which stories were best to adapt for the TV format?

SGS: We created all new stories for these eight [episodes]. This became a TV show so quickly that Bob had only written, I think, two of the graphic novels by the time we started a writer’s room. We just hit the ground running. We knew what the tone was. Certainly, we know what Bob’s work is and other adaptations being a guidepost for us. We just set out to make a great, fun, family genre anthology show.

R.L., obviously, your work has never really gone away but between the Goosebumps movies, this project, and Netflix’s Fear Street, it seems like we’re in an era of renewed interest in your work. Would you agree? Why do you think that is?

RLS: Yeah, I’m having a great year! I don’t know why really. I’m having an amazing year. Fear Street, and you know 30th anniversary of Goosebumps coming up, and some other new projects. It’s amazing. We just keep going – some of us don’t know when to quit. [Laughs]

You’re hitting all demographics! But, I assume it’s a bit different now. How do you scare kids that have grown up in the internet age?

RLS: The same way. You get rid of the technology. You just get it out of the picture. You collect all the cellphones. You get them out of the way and it’s all the same. The Goosebumps books could have been written 50 years ago. Fear has never changed. What people are afraid of, that hasn’t changed. Horror hasn’t changed. From the classic horror films of the ‘30s, it’s the same. We’re still afraid of the dark. Afraid of being lost. Afraid something is lurking in the closet. Those things never change. I don’t think kids have changed at all. It’s just the technology that has. 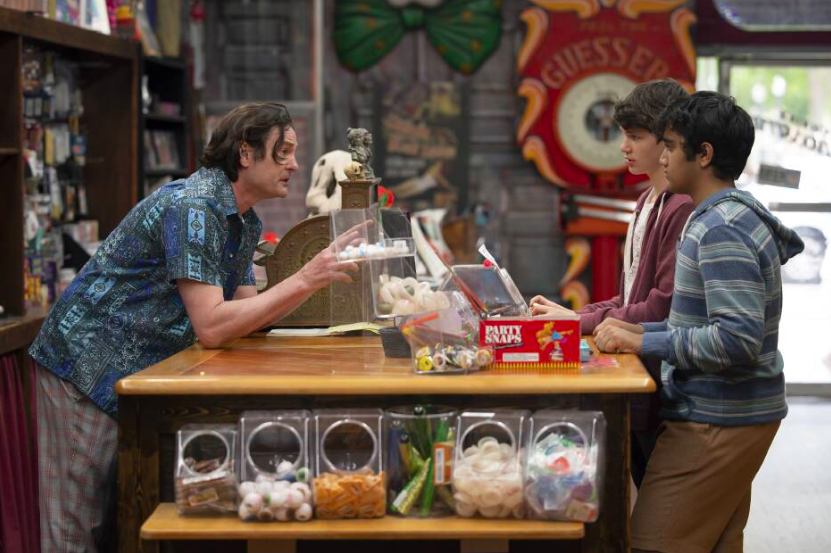 SGS: I would agree with that. We spent a lot of time thinking about how [to] get around technology because of that same problem, which is always the problem in horror movies. In one of our episodes, we just leaned right into it, and we made the phone central to the problem in the story. That just happened to be the topic we were interested in. Influencer culture, and Instagram fame, and all that stuff, and how that messes with kids’ minds nowadays. I think sometimes it can be an opportunity. Most of the time, it’s a real problem. Technology can really step on horror.

Anthologies are so often morality plays, but JUST BEYOND is less about punishment and more about examining things that kids are actually going through: puberty, social development, the difficulties of coming-of-age. How did you approach these big topics to make them fit an anthology format?

SGS:  We are focused on some of those issues. Being on Disney+, we made a choice early on that we wanted this to be a family show. We wanted our heroes to be young people. When you’re doing that, the problems that young people are going to be facing, you want those to resonate with the people who are going to be watching with their parents. There are a couple of instances of real cosmic justice that happened in the show. There are some really good comeuppances that happen a couple times. We try to have it both ways, to be honest with you. Sometimes we would talk about our favorite Twilight Zone twists, [or] our favorite Amazing Stories episodes. Sometimes we would just talk about the world of R.L. Stine and some of the recurring themes that go on there. We just had a mix bag of influences that we tried to turn into something that worked. I don’t know that there was really a set formula going in. At least I wasn’t aware of one.

RLS: Yeah, if you see each of the eight episodes, you see there’s no exact formula. The show to me is very close to Twilight Zone. Rod Serling was a real hero of mine. You’ve got your science fiction stories, your fantasy stories. You had some supernatural. It’s that exact kind of mix. 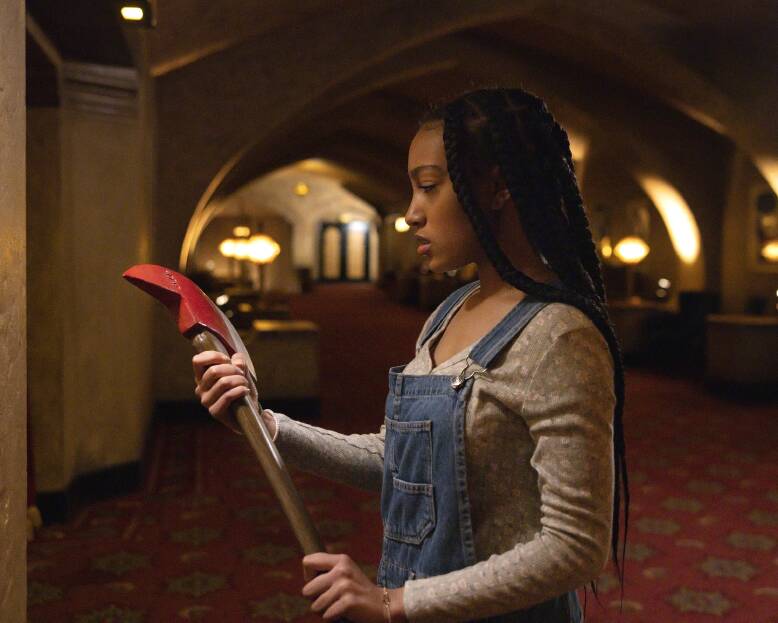 Ultimately, what do you both hope families take away from JUST BEYOND?

SGS: The fun of watching and enjoying something together.

Seth: Chills, laughs! The experience that I remember of actually being interested in a show. You can count on less than five fingers, I think, the shows that. when I was growing up, me and my parents would sit down and enjoy together.

JUST BEYOND premieres on Wednesday, October 13th 2021 on Disney+.