RETROSPECTIVE: TEA & SPOOKERY – A LOOK AT THE “SHADES OF DARKNESS” ANTHOLOGY TV SERIES (1983)

Not all ghost stories are horror stories (as I often note when reviewing fiction anthologies online). And in 1983 (and 3 years later, in a second season) when Granada Television produced an anthology television series adapting classic ghost stories, they seemed to deliberately go out of their way to prove this true. And so, here’s a brief overview of a quite singular series called SHADES OF DARKNESS (which, thanks to YouTube, I was able to watch all but one episode of).

The first indicator that this British ghost story series is atypical comes from its lack of a story by a specific author. SHADES OF DARKNESS does not contain even one M.R. James story, and that itself indicates that its focus lie elsewhere, outside of the traditional “malignant” spirits of the master storyteller. Oh yes, there will be the “eerie” atmosphere we associate with ghost stories (reinforced through the usual British TV habit of filming in desolate rural locations or stately old homes) and it will all be very chilly, but not necessarily scary – as instead we get to sample some other flavors of ghost story: the Gothic, the bittersweet, the sentimental, the delicate. So those looking for dangerous, terrifying spirits may want to look elsewhere (like the great James adaptations for BBC TV), with only a few small exceptions. Instead, this might be seen as more of a ghost story series for the interested reader, or perhaps the DOWNTON ABBEY fan, who wouldn’t mind a little spookery with their afternoon tea…

Often the ghosts here are of loved ones looking to help the living (as in Edith Wharton’s “The Lady’s Maid’s Bell” which features a new servant plagued by the ghost of her predecessor when she takes a job in a very Gothic household of brute husbands and illicit love affairs) or to affect the living’s emotional state positively (the bittersweet, delicate teleplay of May Sinclair’s “The Intercessor” has an effete scholar room with a rural family who have suffered the death of a child. With the wife pregnant again – which leads the husband to be unfaithful – the mother scorns her unborn baby, and so the dead Effie returns to make the student intercede on behalf of the baby-to-be). Sometimes, the ghost represents old love, as in the creepy ground-feature of “The Maze” (originally by C.H.B. Kitchin) where young Daisy seems to be encountering the ghost of her mother’s first true love (this episode, specifically, is quite nicely done).

There is a little bit of peril, though. L.P. Hartley’s “Feet Foremost” features a cursed manor house haunted by the ghost of a young girl who asks unsuspecting strangers to carry her across the threshold, whereupon they will only leave the premises in a coffin (there is a way to defuse the curse, but the price is similarly terrible). Likewise, in Wharton’s perennial “Afterward”, Americans purchase an English manor home with an established ghost who only appears under peculiar circumstances (you only realize it was a ghost long after you’ve seen it). As the husband’s dubious business dealings catch up with him, we’re left to wonder just how this predestined manifestation is going to occur…. “Bewitched” (also by Wharton) moves the story of an ensnaring vampire from New England to the British seacoast, to good effect (even if it loses some of the story’s starchiness and class commentary), while Walter De La Mare’s “Seaton’s Aunt” (with a great title performance by Mary Morris) is given an exceptional adaption, as we follow adult Withers (Peter Settelen) who becomes re-acquainted with cringing school-fellow of his past, Seaton (Paul Herzberg), still seemingly under the belittling dominance of his sardonic, monstrous Aunt. 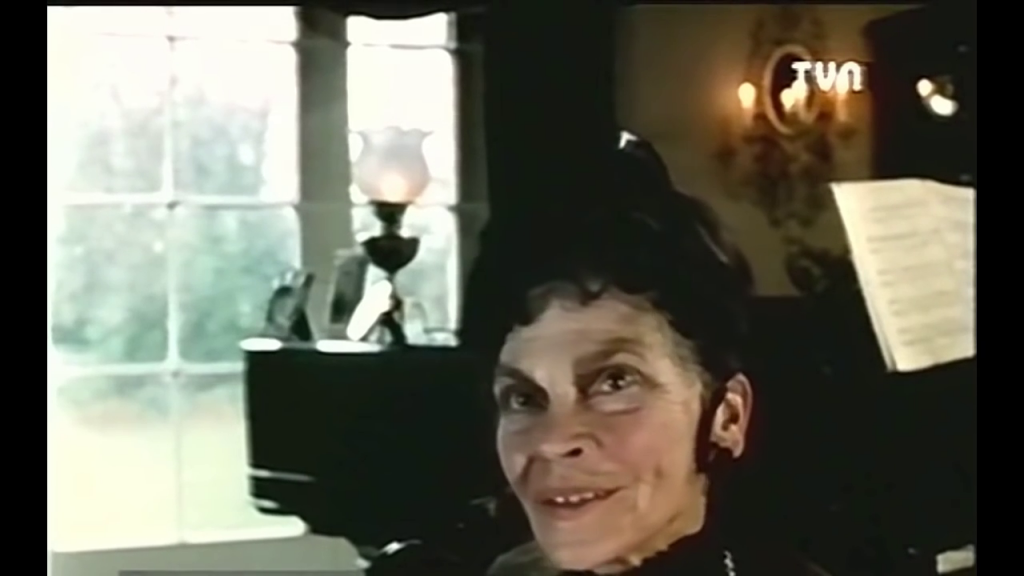 SHADES OF DARKNESS returned in 1986 for two longer-than-usual episodes. Not being able to track down a copy of “Agatha Christie’s The Last Seance,” I can only offer comment on the exceptional adaptation of Elizabeth Bowen’s “The Demon Lover.” A young woman, Kathleen Drover (Dorothy Tutin), overlooking the final details involved in moving her family out of Blitz-beseiged London during WW II, finds a mysterious message in her house from her previous lover (killed in RAF service in WWI) reminding her that they promised to meet again. The interesting thing here is that the story was originally told in a very fragmented way that captures the shattered state of life in London at the time. And the production actually does a very good job capturing this, as Kathleen becomes more and more concerned that her former love somehow, inexplicably, means to make good on his promise. There’s a great sense here of how the chaos of London under the bombings has somehow opened a space where such an unnatural and malignant event might occur, which culminates with a memorable and sinister final scene. 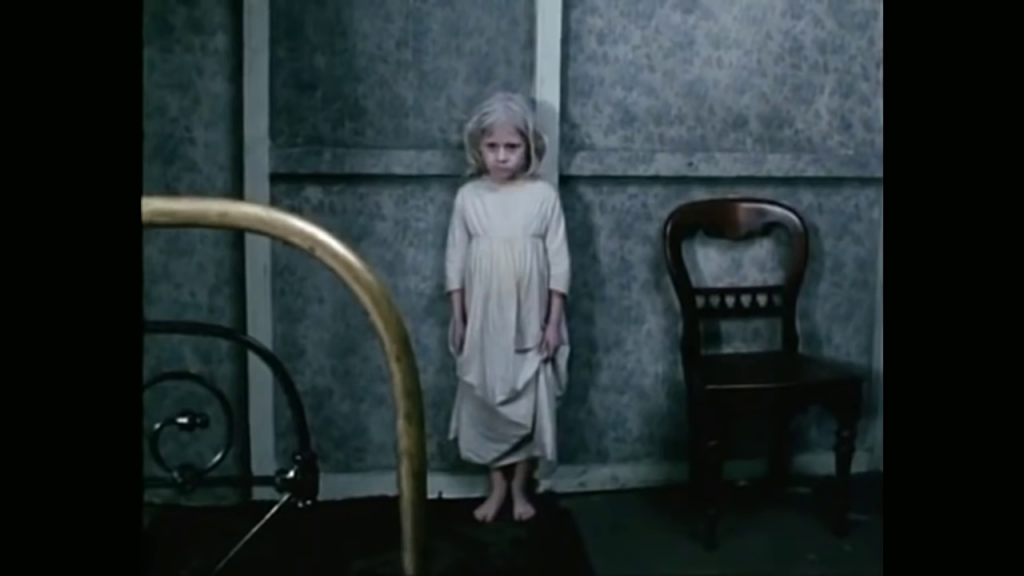 In SHADES OF DARKNESS, even the episodes featuring “dangerous” ghosts don’t have particularly horrific imagery, so I state again that this series is something of an acquired taste. But if you enjoy ghost fiction of an older origin, or are looking for something to pass a gloomy Sunday afternoon in November, the show may be just the ticket. Most episodes can be found on Youtube.