Review: “Don’t Let Them In” But Maybe Give Them A Watch

The theme of keeping people out of a home you aren’t even thrilled about being inside seems all too relevant nowadays. Home invasion thrillers should resonate with all of us cooped up in our homes and afraid of anyone coming in and spreading something (like cheer, ugh.) With all of our collective cabin fever and stranger-danger hysteria reaching a crescendo, now is the perfect time for something like DON’T LET THEM IN. Operating on a shoestring budget and shot over the course of 14 days, it’s surprising that this film turned out as enjoyable as it did. 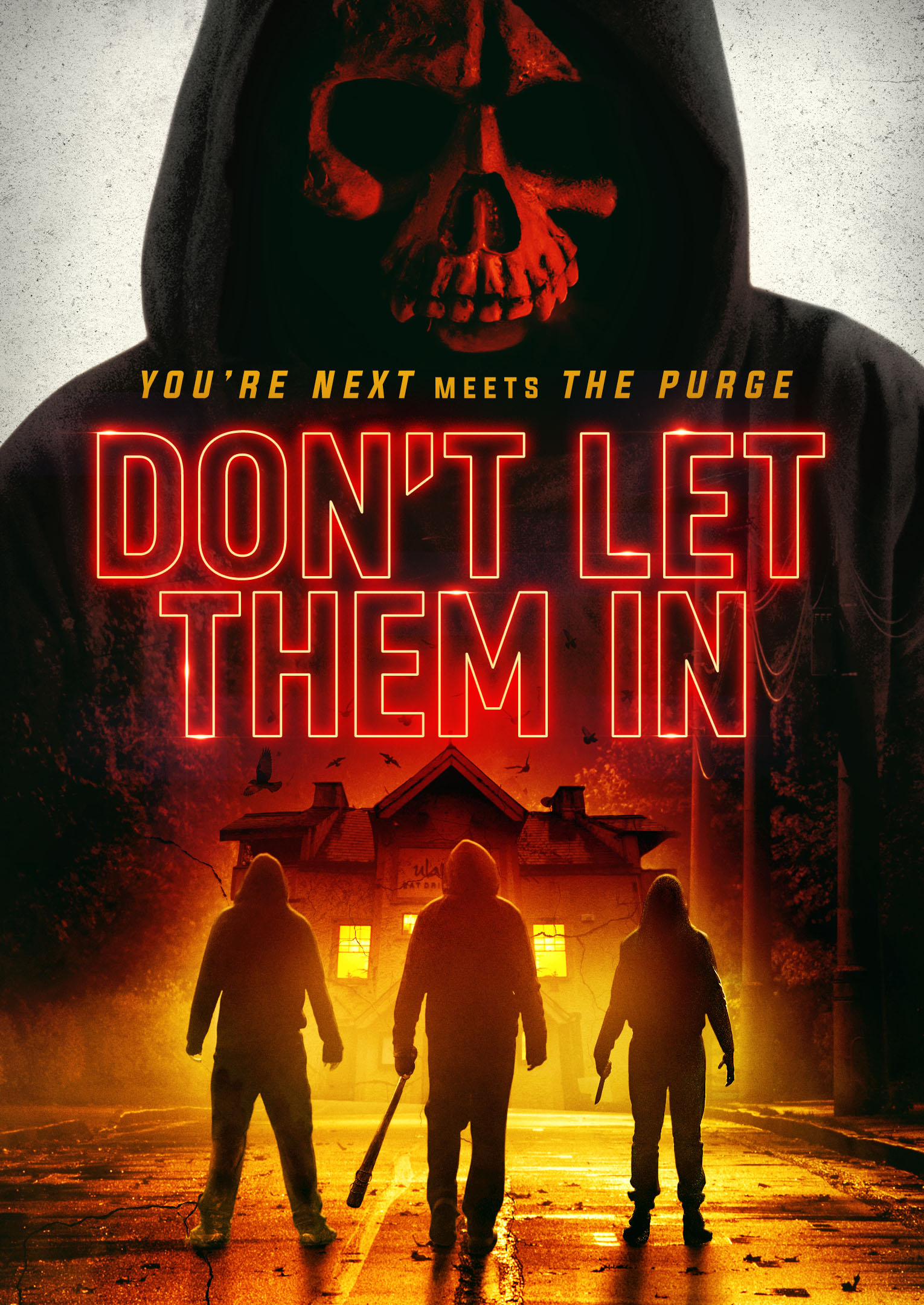 “Things begin to veer into the supernatural as someone’s head gets seemingly pulled off by hand, and that’s when the mystery begins to unfurl before us.”

I went in with incredibly low expectations, partially because it seemed like a rip-off of You’re Next and partially because I am just perpetually grumpy during lockdown. Not being able to go outside coupled with having to constantly worry about the safety of my loved ones has turned me into something of a more harsh critic. So for this film to not instantly get panned, you know it had to have done at least something right.

Following two social workers as they visit a man recently released from a mental institution, things quickly go apeshit when intruders with an assortment of masks show up ominously (I was correct in assuming it ripped off You’re Next at least a little bit.) Things begin to veer into the supernatural as someone’s head gets seemingly pulled off by hand, and that’s when the mystery begins to unfurl before us.

It turns out that the released mental patient is tied to a cult murder ritual fifteen years prior, and the intruders want to get their claws on him. Pretty basic stuff, and there are some twists (one twist, really) so the ending is kind of fun. The star of the film is Aidan O’Neill as Karl the social worker, who is the everyman of the story. He has no passion for his job, just wants the weekend to start, jokes around a bit too often and is the butt of some gore themed gags. It’s hard not to root for this dick.

It’s Aidan alone that keeps the film afloat, delivering his wide-eyed and blood soaked skepticism with such believable incredulity that it bends the plot around the lack of special effects or real plot. The aforementioned gore gag is only repeated twice, which makes it less of a running joke and more of low-fi call out to the beleaguered Ash from Evil Dead.

Also, the comparisons to You’re Next are superficial at best, since the main character does so little to ensure his own survival. There’s no fancy gadgets, or standoffs with a shotgun/axe. The intruders have no charm, there’s next to no backstabbing and the lighting is kind of poor. But again, I really can’t stress this enough, the budget was £35,000, so you can’t complain.

I know it seems like I have a lot of complaints, but I just want you to go into this with a sense of realism. A cult themed, supernatural home invasion mystery with a charmingly out of his depth schlub doesn’t need to have a lot of frills to have a little charm.  I didn’t hate this movie in a time when I’m ready to hate on my cats for meowing wrong.

You can watch it on DVD and various VOD platforms, including Youtube, Vudu, Amazon Prime