The creator of one of the most infamous horror/exploitation movies has become the latest casualty of the coronavirus pandemic.

It was revealed at director Joel M. Reed’s Facebook page that he succumbed at a nursing home where he had been battling serious health issues, at age 86. Reed began in the adult-film industry with movies like SEX BY ADVERTISEMENT and CAREER BED in the late 1960s, and turned to horror with the 1975 anthology feature BLOOD BATH. But it was the following year that a film combining the two genres would bring him his greatest notoriety. Initially titled SARDU, MASTER OF THE SCREAMING VIRGINS, the X-rated shocker about Sardu (Seamus O’Brien) and his underground House of Pain in which he brutalizes and kills a series of nude female victims was first released in late ’76 as THE INCREDIBLE TORTURE SHOW, and didn’t receive a great deal of attention.

Then it was picked up several years later by Troma, which retitled it BLOODSUCKING FREAKS and initially advertised it as being R-rated, even though it had not been cut from the previous X version. A midnight-movie booking at New York City’s 8th Street Playhouse in April 1982 drew protests from feminist and anti-pornography demonstrators, and the R tag was later pulled. The film’s grotesque rep continued to build through subsequent video releases, including a DVD and then a Blu-ray featuring commentary by Eli Roth, years before he began helming his own screen shockers.

Reed only directed one other film, 1981’s NIGHT OF THE ZOMBIES, and appeared as an actor in a number of indie horror flicks in recent years. But FREAKS alone was enough to secure his name in the exploitation pantheon. 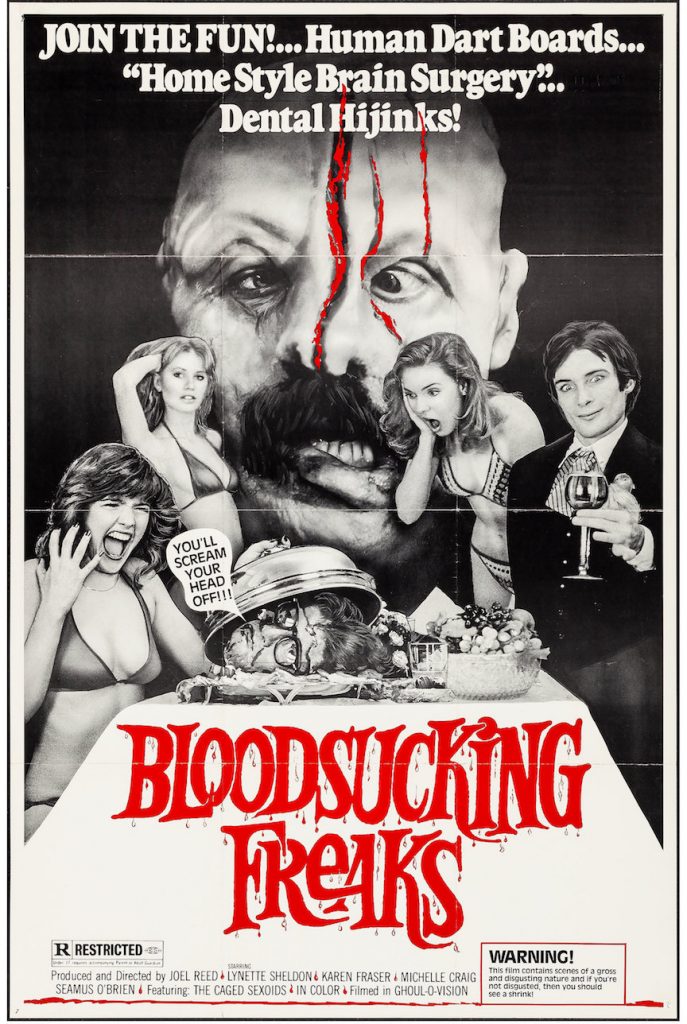