BLACK LAKE pushes the boundaries of what qualifies as a feature film. Does a 90-minute study of aesthetics set to fantastic electronic music count? It seems that the divided viewers of BLACK LAKE are not entirely sure. What is certain, is that BLACK LAKE would have been much more successful as a short (as evidenced by the trailer – below). While the highly stylized sequences set to BurningTapes’ banger of a score are incredibly engaging, the music-less cut scenes are unfortunately less attention-grabbing and feel more like an experimental art project than a film. Director K/XI’s artistic sensibilities are strong, however, but BLACK LAKE might be better suited to an electronic music festival than a horror film one.

The actual plot of BLACK LAKE is as follows: “Looking for inspiration and to pursue her passion for Expressionist painting, Aarya (K/XI), a young woman, leaves her family in the city to house-sit, in a large secluded property surrounded by beautiful Scottish landscapes. She is gifted a red scarf, sent by her aunt (Aditi Bajpai) from her recent travels to Pakistan, and is haunted by a Churail: a demonic and malevolent South-Asian Witch (Ayvianna Snow).” This plot has a great amount of potential – if only it took up more than a third of the film’s runtime. Even if a movie is convoluted and inexplicable, it should still have purpose and meaning behind its imagery. The director should be able to answer the question “why?” when looking at each shot or choice made in the construction of their visual language; yet it seems unclear whether or not BLACK LAKE is certain of its own purpose. 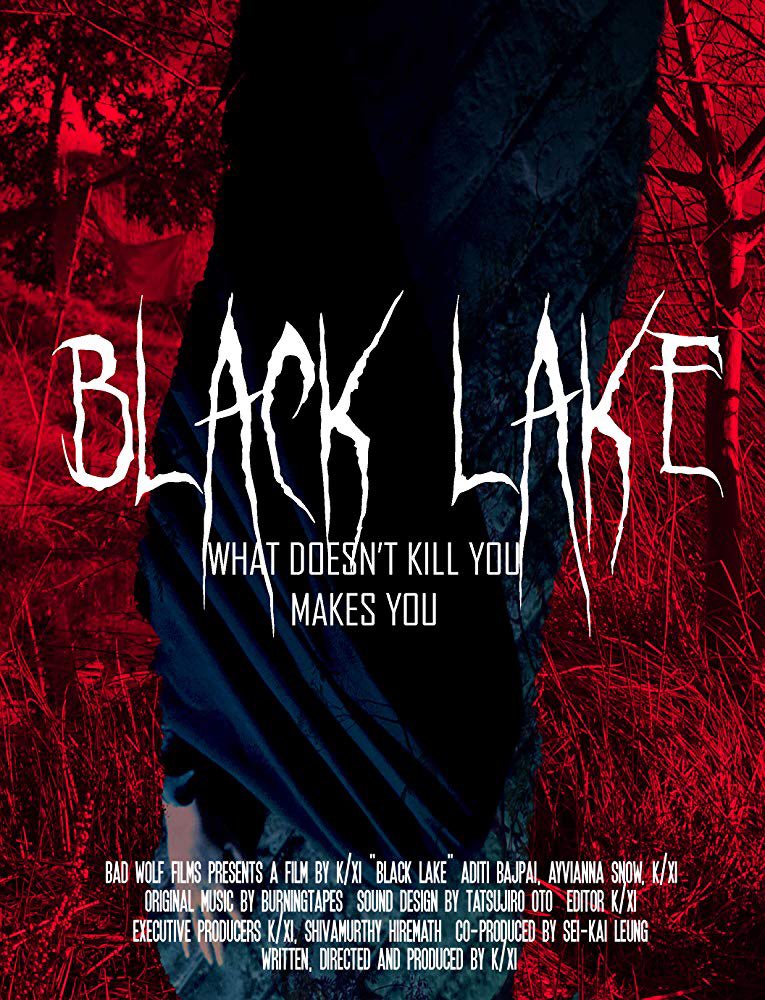 On the plus side, K/XI has a strong eye for beautiful shots, as well as a strong ear for how music and imagery interact. In the few moments where the pace picks up, for example when the scarf’s true power is revealed in a phone call from Aarya’s aunt, BLACK LAKE is tense and engaging. If that pace could be maintained, the film would be much more effective as a whole. The final ten minutes deliver a worthy payoff, but there’s no denying it’s a slow burn. Some more context on Churail would be nice as well – if only to explain the sexual violence the protagonist experiences at the Witch’s hands. When BLACK LAKE did venture fully into horror, it was visceral and disturbing, a tone that would ideally have permeated the entire film.

Put on BLACK LAKE if you are looking for stimulating imagery to accompany a killer score or if you’re willing to wait for the scary stuff to kick into motion, but not if you are looking to be entertained for a full 90 min. BLACK LAKE streams during Weekend II of Salem Horror Fest ’20 – grab tickets here.