Whether buried in subtext or lying clear as day on the surface, sociopolitical factors and sentiments are often intimately associated with the world of film. Acting as barometers of societal fears, ideas, anxieties, and attitudes, movies become fascinating time capsules of days gone by. Working as documented road maps of where we’ve been, it becomes possible to analyze shifts in public opinion and note where change is still needed. Here enters director Sophie Peyrard’s fascinating new documentary, THE WITCHES OF HOLLYWOOD.

Transcending simple serendipity, the film celebrates its world premiere October 2nd as part of Salem Horror Fest 2020. Even though the festival has taken to the virtual space this year, its heart remains firmly rooted in its hometown of Salem, Massachusetts. With its own dark and storied history of witchcraft and witches, there’s something supremely satisfying and appropriate about this new documentary being supported by a place so entwined in the subject matter. Although, after viewing the documentary, it’s easy to understand why. Expertly executed, THE WITCHES OF HOLLYWOOD tells the long and captivating tale of witches in film under a patriarchal societal power structure and the historical association with women’s place in society.

Guided by a diverse and talented roster of women from various fields, the film beautifully blends and correlates historical fact with Hollywood glamor. Starting with the Malleus Maleficarum in 1486, the film adeptly and efficiently navigates early cases of witch hunts, the associated violence against (mostly) women, and the twisted duality of women’s place in society. Seamlessly transitioning into the era of cinema, the true strength of THE WITCHES OF HOLLYWOOD becomes unveiled as its panel of experts begins to connect historical and societal trends to some of cinema’s most beloved and infamous on-screen witches. 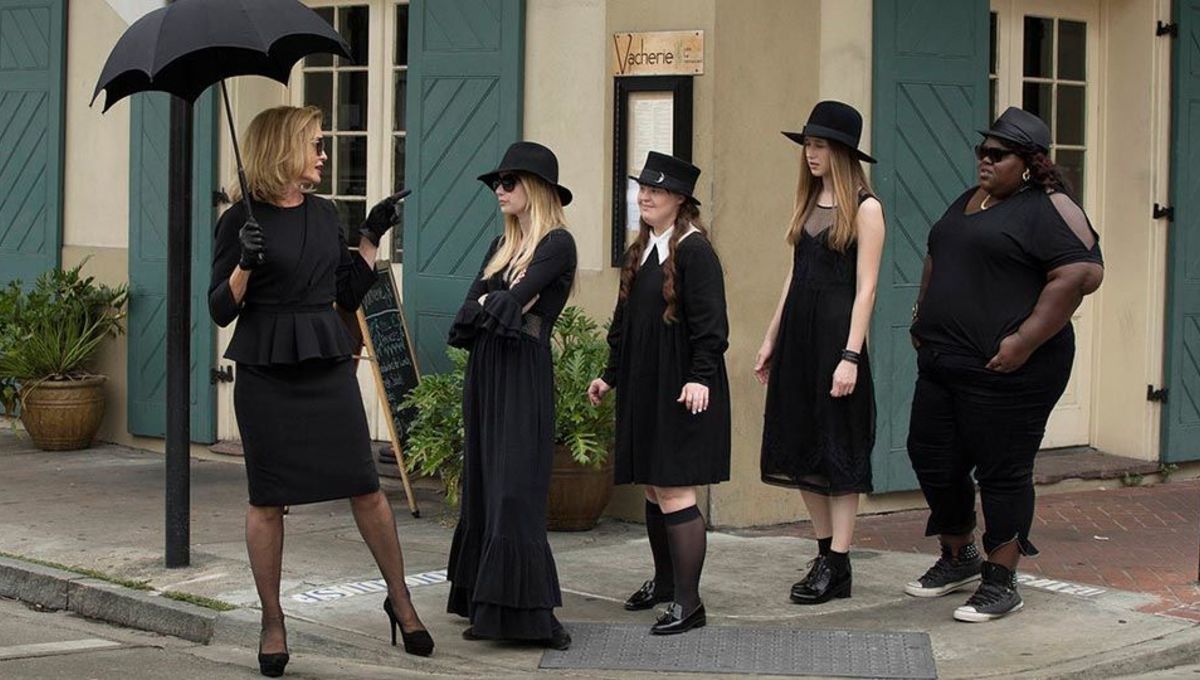 As the film traverses early influential titles like Snow White, The Wizard of Oz, I Married A Witch, and Bell, Book and Candle, it manages to strike the perfect balance between honest analysis, moments of levity, and corroborating footage. Well shot, edited, and filmed, all the pieces for an engaging and informative documentary are there. Avoiding all the stereotypical pitfalls of mediocre documentaries, THE WITCHES OF HOLLYWOOD stitches together interviews with care, transforming its experts from talking heads into true storytellers. Although the truth behind the subject matter is often frustrating to hear, issues of patriarchal repression, conformity, conservatism, and religion are all addressed in thoughtful and fair ways

As the documentary moves into the 1960s and 70s, film and television portrayals of witches take on new levels of importance in correlation with the Women’s Liberation Movement and the end of the Motion Picture Production Code in 1968. Important shifts in how witches were portrayed began to take hold thanks to productions like Bewitched, Rosemary’s Baby, Hungry Wives, and Carrie. Cleverly and blatantly digging at the patriarchy and its fears of women empowerment, THE WITCHES OF HOLLYWOOD follows the trend and connects it with the rise of mainstream occultism and witchcraft; ultimately leading to the rise of conservatism and the Satanic Panic.

While it’s easy to look back with the luxury of modern eyes, THE WITCHES OF HOLLYWOOD doesn’t simply stop at picking apart the past. Using more recent era films like The Craft, Maleficent, and American Horror Story: Coven as references, the film’s experts also speculate and stress the importance of the continual evolution of witches in media. As women of all races and sexes continue to fight for inclusivity, respect, and basic human rights, witches have the literal and figurative power to embody and provide that representation. Long-held as figures of empowerment and independence, THE WITCHES OF HOLLYWOOD argues the innate potential of witches to provide an intersectional perspective and conduit for representation in a time where it is needed more than ever. Paying true homage to the witches it discusses, THE WITCHES OF HOLLYWOOD blends these societal realities with entertainment value in an inspiring, informative, and uniquely empowering way.