Satanic chiller “WE SUMMON THE DARKNESS” gets a release date

Heavy metal girls led by Alexandra Daddario get into some hellish trouble in WE SUMMON THE DARKNESS, which has now been given a day to begin satanically seducing audiences.

Saban Films has announced an April 10 debut date (in select theaters and on VOD and digital platforms) for WE SUMMON THE DARKNESS, directed by Marc Meyers (MY FRIEND DAHMER) from a script by Alan Trezza. The cast also includes Johnny Knoxville, Keean Johnson, Maddie Hasson, Logan Miller, Amy Forsyth and Austin Swift; the synopsis: “On the way to a heavy metal concert, Alexis [Daddario] and two girlfriends hear a news report of a local murder believed to be tied to a series of satanic killings. After the show, the girls invite three guys to join them at the estate owned by Alexis’s father, a fire-and-brimstone preacher [Knoxville]. What starts as a party suddenly turns dark and deadly in this devilishly entertaining thriller.” See an early poster below and stay tuned for more on WE SUMMON THE DARKNESS. 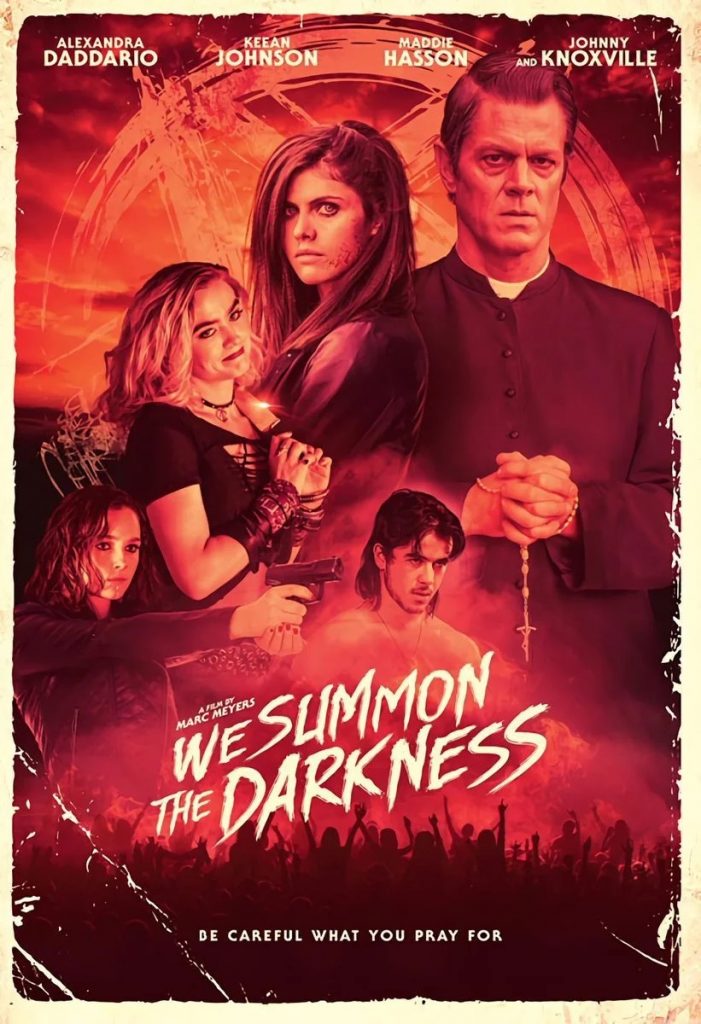