Short Cuts: The Horror Short Film Round Up for October

October is officially here, and to celebrate I’ve got a super-sized batch of horror shorts for you to check out.  And before you ask, no this plus-sized installment is not actually because I had to skip last month.  Ok maybe it’s a little bit because of that.  Either way, you get to treat yourself to more horror and that’s never a bad thing, right?

Also, for those who are looking to jam as much of the macabre as possible into their Halloween season, here are some venues where you can check out short horror films in case you need a fix but you only have 10-15 minutes to spare:

Have a Happy Halloween and enjoy this month’s reviews! 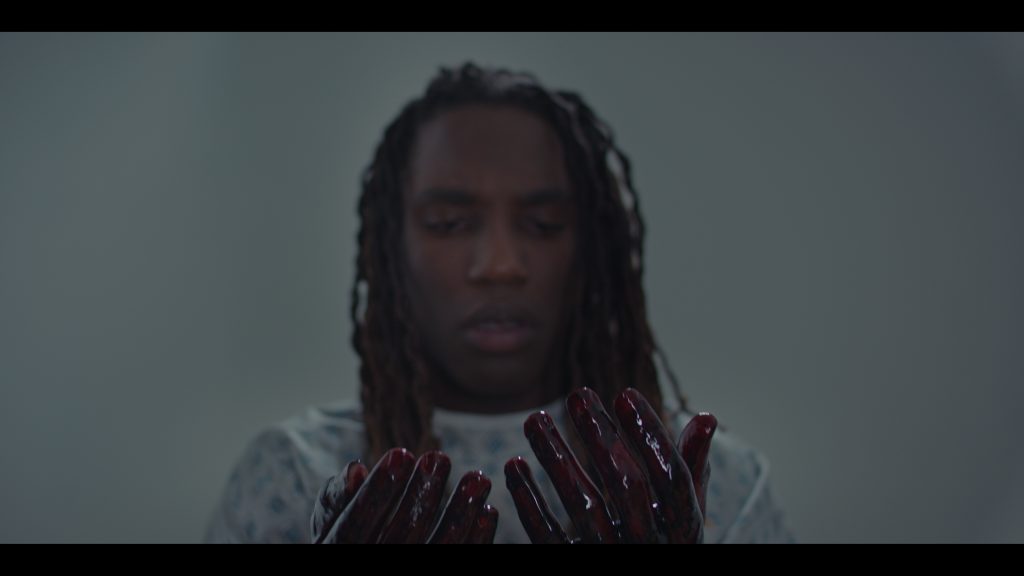 The Quiet Room (2018)
Length: 27 minutes Director:  Sam Wineman Starring:  Jamal Douglas, Kit Williamson, Alaska Thunderfuck, Lisa Wilcox, Bryan McCook,
This movie is a contender for my favorite short film of the year.  Centered on a young man in a psychiatric hospital following a suicide attempt, director Sam Wineman takes a supernatural element (in this case, a pretty nasty succubus) and uses it to explore the pain and isolation of mental illness.  It’s the first short film I’ve seen that actually made tears well up while I was watching it.  It’s also the first film I’ve seen that left me craving a feature-length version.  Seek this one out if you can.
Where to find it:  Currently making festival rounds.  Watch the trailer here.

What Metal Girls Are Into (2018)
Length: 15 minutes Director:  Laurel Vail Starring:  Laurel Vail, Karina Assad, Chelsea Blechman, Matt D. Mercer
Three rockers rent a house to stay at during a weekend-long metal festival, but leave it to a “you should smile more” douche bag of a property owner throw a wet blanket on the proceedings.  Plus, to make matters worse, he may also be a serial killer.  Director Laurel Vail manages to give us a movie that doesn’t pull any punches about toxic masculinity while still injecting some humor (and a few sharp objects) into the proceedings.   Get together with a few fellow metal heads, listen to some Type O Negative, and give it a watch.
Where to find it:  Currently making festival rounds.  Watch the trailer here. 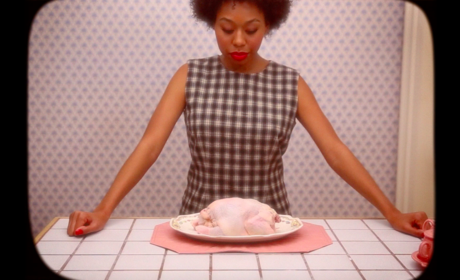 Housewife Horror (2018)
Length: 4 minutes Director:  Leila Yavari
This film feels like it would feel right at home as a story in an edition of EC Comics’ Tales From the Crypt or Vault of Horror.  It focuses on a housewife’s growing discontent with the monotony of “marital bliss,” and the whole thing has a tongue-in-cheek feel while also being oddly disquieting.  Director Leila Yavari’s use of color also alludes to something of a comic book feel, making the viewer feel as though what they’re seeing poking ever so slightly into the surreal.
Where to find it:  Yavari’s website 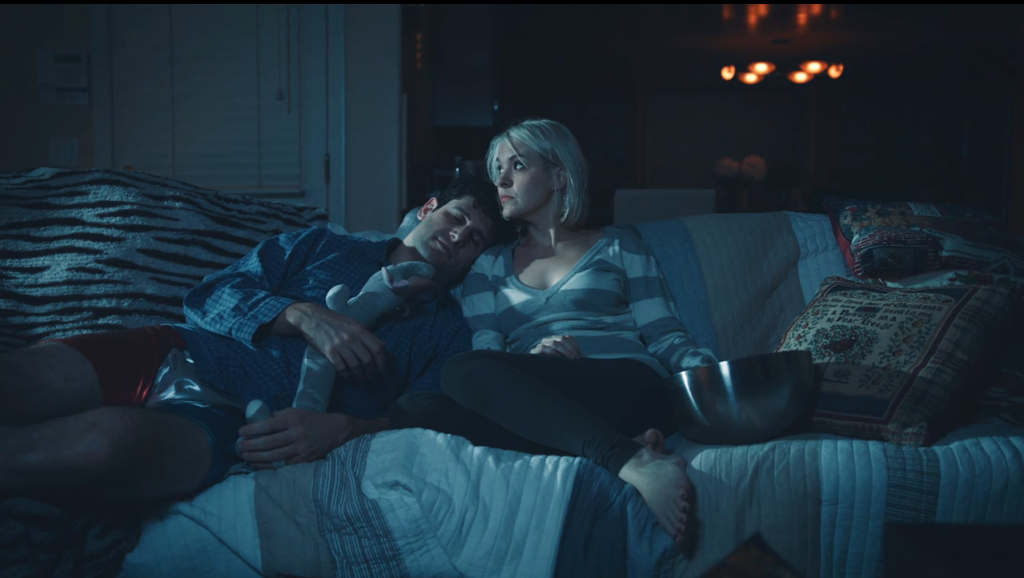 My Monster (2018)
Length: 7 minutes Director:  Izzy Lee Starring:  Brea Grant, Adam Egypt Mortimer
I covered a previous movie from Izzy Lee in my very first round of reviews, and this time she gives us something a bit more playful than her usual fare.  When a woman tries to convince her knucklehead of a husband that there is an evil entity lurking in their yard, he of course brushes it off.  If you’re predicting how this will play out based on Lee’s previous work, I encourage you to give this a look because I think you’ll be pleasantly surprised.  Lee confessed to me that every now and then she needs to “do something a bit funny,” and in my humble opinion she hits the mark with “My Monster.”
Where to find it:  Currently making festival rounds.  Watch the trailer here. 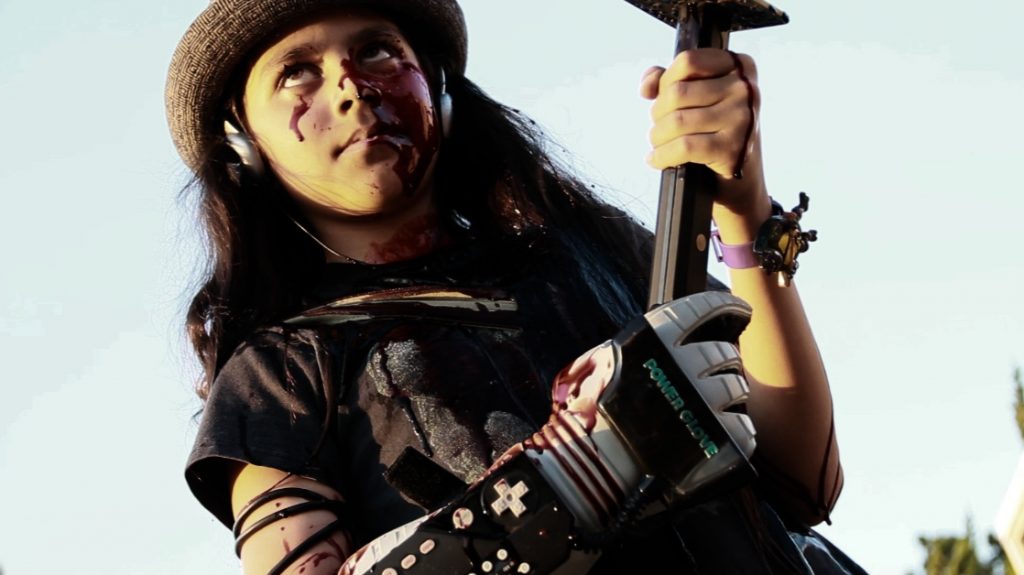 Guerilla (2017)
Length: 13 minutes Director:  Shane Ryan Starring:  Mars Mohamed
On one hand, I’m starting to suffer from over-saturation of ’80s nostalgia porn.  I love the decade as much as the next guy but it seems like it’s becoming the go-to gimmick for filmmakers grasping for an angle.  On the other hand, when it’s done well, as is the case with Shane Ryan’s post-apocalyptic “Guerilla,” I can’t help but get sucked in.  Without a single word of dialogue, the movie plays out almost like an extended music video where we have to piece together the narrative based on snippets of action.  And big credit goes to Mars Mohamed, the film’s pint-sized, long-haired, hero who navigates the movie’s wasteland with a katana in one hand and a Nintendo Power Glove in the other.
Where to find it:  YouTube 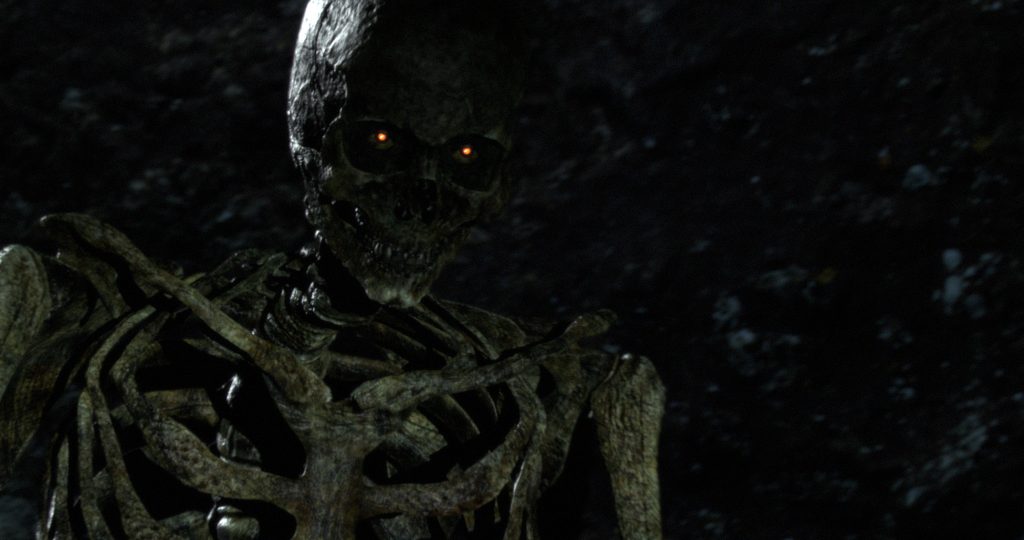 The Thing at 2:37 (2018)
Length: 7 minutes Director:  Ray Sullivan
I don’t know about you, but sometimes I just want a straightforward horror yarn.  I don’t always need a movie that will subvert the way I see society or upend my whole outlook on the genre.  Sometimes I just want to be creeped out for a little while, and that’s just what I got from Ray Sullivan’s movie about a man who becomes obsessed when he spots a skeleton skulking down the street in the wee hours of the morning (2:37am to be precise).  It’s a very simple slice of spooky that stays focused on the matter at hand with the same obsession as the film’s nameless protagonist.
Where to find it:  YouTube

Look Twice (2018)
Length: 7 minutes Director:  Kyle Wilson Starring:  Darren Lee Campbell, Rick Montgomery, Jr., Troy James
Most of us probably don’t think much about the people who punch into work when everyone else is getting ready to call it a day.  In Kyle Wilson’s “Look Twice,” we get to take a quick peek into the life of an overnight security guard, giving us a sense of the boredom and loneliness that comes with being the guy who has to stand watch when the rest of us have all gone to bed.  Of course, this being a horror film, our hero doesn’t have long before he finds a trespasser on the property that makes him wish he were still alone.
Where to find it:  Currently making festival rounds.  For more info check out the film’s website. 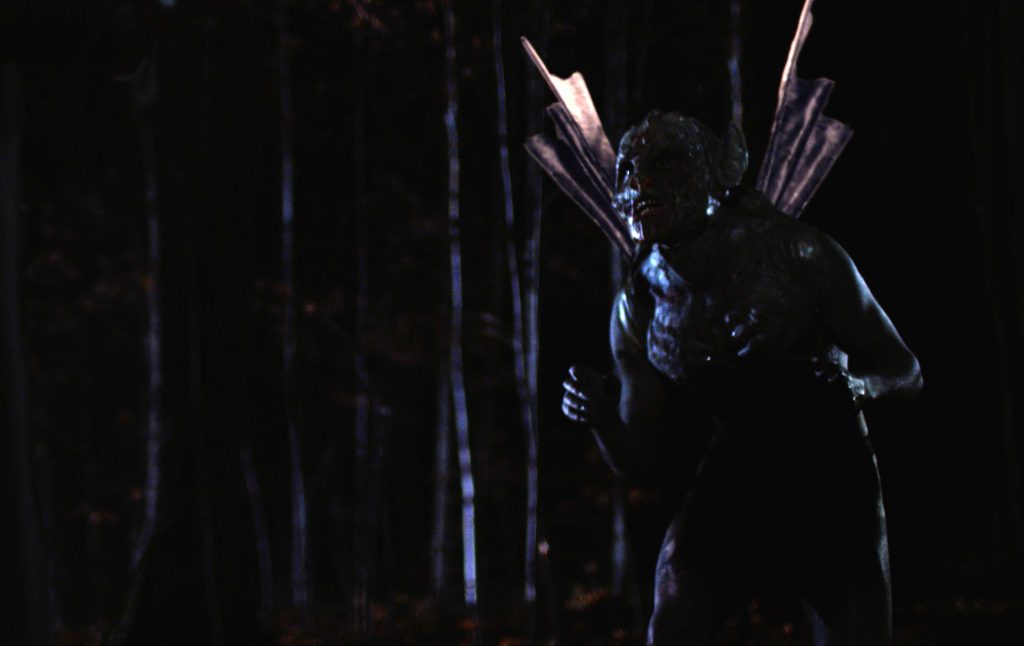 Latched (2018)
Length: 17 minutes Director:  Justin Harding Starring:  Alana Elmer, Peter Higginson, Jarrett Siddal, Bowen Harding
When a dance choreographer takes her young son out to a lakeside cottage so that she can begin work on her next show, she finds herself in a literal fairy tale when she stumbles on what looks like a small, winged corpse out in the woods.  I love the cinematography in this movie, with sweeping aerial shots of the forest that are so crisp I could almost feel the fall weather.  Add to that a funky creature design for our monstrous fairy and an ending that gets weird without crossing into bad taste, and you’ve got a fun watch for those who like a splash of the fantastical in their horror.
Where to find it:  Currently making festival rounds.  Watch the trailer here. 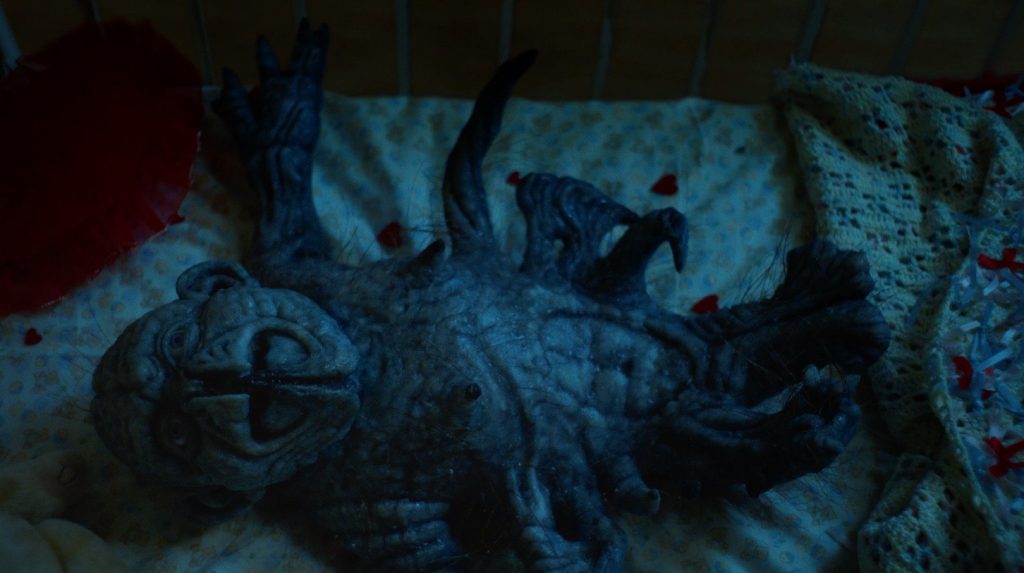 Malacostraca (2018)
Length: 15 minutes Director:  Charles Pieper Starring:  Amber Marie Bollinger, Charlie Pecoraro
This film struck a particular chord with me because it highlights the way people, in particular men, tend to distort situations in which they believe they’ve been done wrong.  In this case, a writer becomes increasingly unsettled when his work is interrupted by the birth of a hideous insect-like creature, whose features his wife seems to completely ignore.  The ridiculous nature of the situation gives the film a layer of dark humor that turns downright pitch black as the story draws to its conclusion.
Where to find it:  Currently making festival rounds.  Watch the trailer here.