Greetings, short horror fans! Odds are many of you are watching this as you cross the one-year mark of the pandemic. I’d ask if you’re doing alright but that would probably just be insulting, so I’ll just say I hope you’re hanging in there as best as you can, and as always I come bearing some new short horror films to take the edge off a bit. This month features some supernatural creepiness on a space station, a potluck gone wrong, a maddening performance in the most literal sense of the word, and a poor soul who reminds us that we’re not alone if we’re struggling during the pandemic. 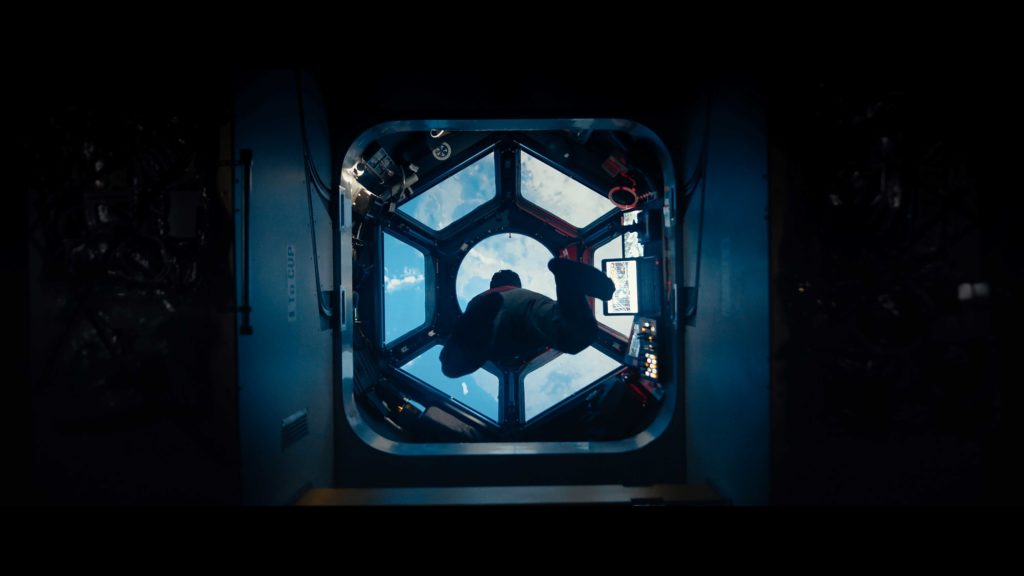 Decommissioned (2020)
Length: 6 minutes Director: Josh Tanner Starring: Joey Vieira, David Normand
Living in a space station must be such a strange, lonely experience. You’re several hundred miles away from Earth, from your family, and, if something goes wrong, from any kind of rescue. Josh Tanner’s short film plays into that sense of isolation with a story about a man who spots a decommissioned space suit that had previously been jettisoned and rigged with audio messages people wanted to send out into the universe. The problem is that the suit’s trajectory wasn’t ever supposed to intersect with the space station, and it seems to be moving with a purpose that inanimate objects shouldn’t have. Tanner puts together some really impressive special effects to emulate an outer space space setting, and coats everything in an eerie layer of solitary dread that will have you feeling like you’re the one stuck in that station.
Where you can find it: Streaming on Vimeo 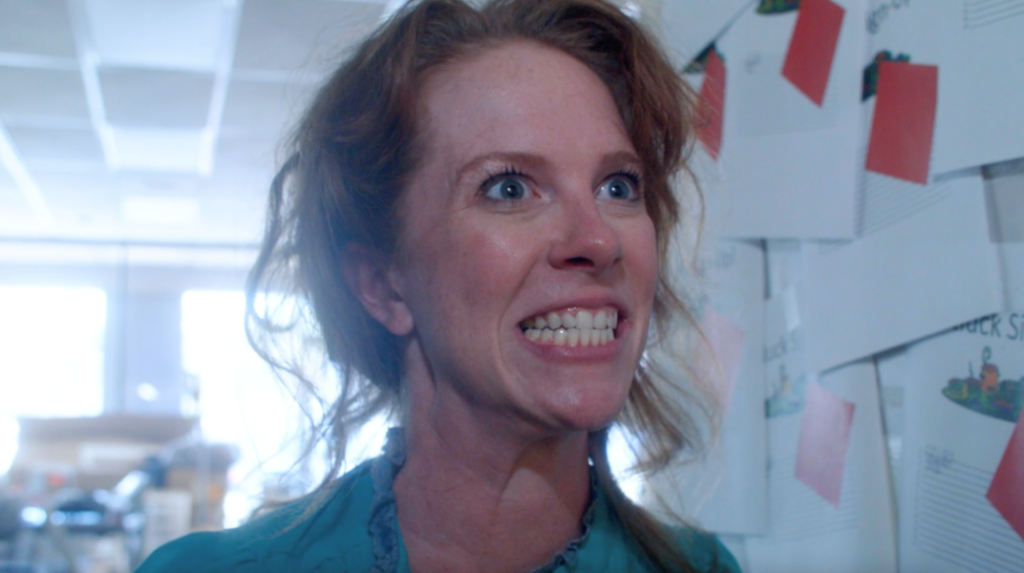 The Potluck (2018)
Length: 4 minutes Director: Shannon Brown Starring: Maddy Wager, Esau Hamadanyan, Reed Brice
A lot of things wear on people’s nerves in an office setting. Limited personal space, questionable kitchen etiquette, and disappearing property erode our mental health just a little bit more every day. But while some may group the infamous office potluck in with that list of office annoyances, I have to say it’s far more irritating to get that one asshole that just can’t go with the flow, makes the process more difficult for everyone, and then still eats the food that other people made. Shannon Brown seems to be of a similar mind, as her short features an office manager who has had it with the office curmudgeon. She just wants everyone to come together for some office bonding, and star Maddy Wager is hilarious as a woman kind of, sort of, but not really holding it together.  It’s fun, it’s silly, and it’s a nice bit of catharsis for everyone who’s wanted to rip their hair out while imprisoned in an office cubicle.
Where you can find it: Streaming on YouTube 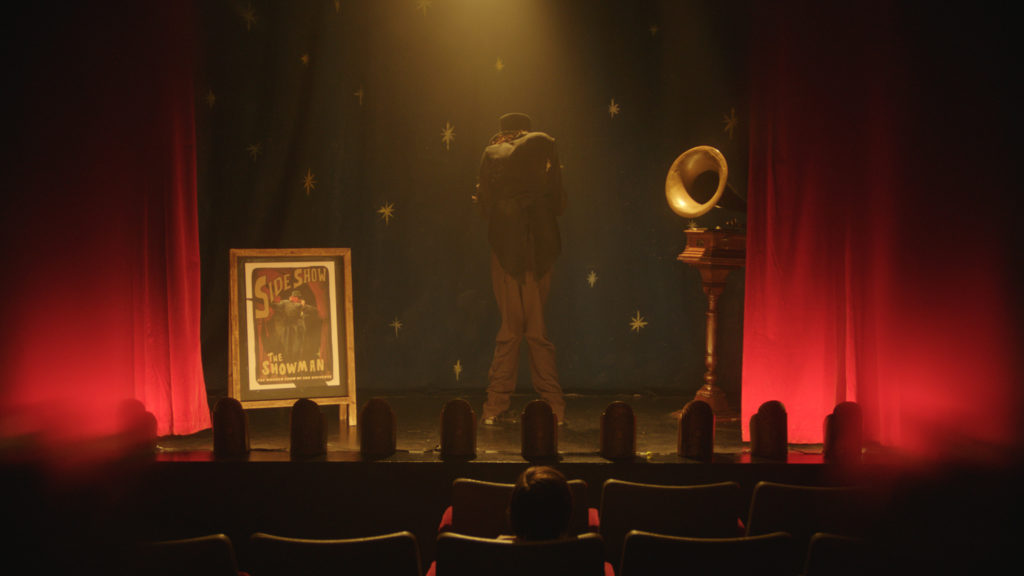 In a Foreign Town (2019)
Length: 10 minutes Director: Michael Shlain Starring: Yuri Lowenthal, Tony Amendola, David Rees Snell, Jack McGraw
We often talk about how horror is often scariest based on what isn’t shown, and director Michael Shlain takes that concept to the extreme in a film that follows a man in a mental hospital recounting the nightmarish childhood incident that landed him there. There’s a lot going on in this surreal, fantastical short, but at its core is “The Showman,” a creepy stage performer whose visage continually stays just out of view. The ghastly man’s refusal to show himself has become an obsession for the protagonist, and it becomes our obsession by proxy as we encounter a barrage of interactions with The Showman that make us yearn for the release of seeing what horrors lie under that ratty top hat. As to whether or not we get that catharsis, well…you’ll have to watch for yourself to find out.
Where you can find it: Streaming via ALTER on YouTube 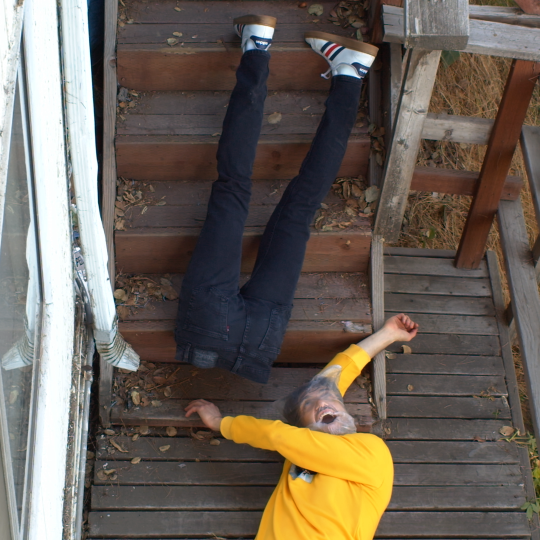 Quarantine Shorts Trilogy (2020-21)
Length: 8 minutes (total) Director: Ryan Oksenberg Starring: Ryan Oksenberg
Anyone want to watch a guy film his own mental breakdown during the pandemic? If so, Ryan Oksenberg has not one, but three shorts that delve into an increasingly damaged psyche that I’m sure we can all relate to. Structured as three album tracks titled “Nothing is Wrong,” “New Not Normal,” and Everything Go Round,” Oksenberg spews out a stream of consciousness descent into madness that’s equal parts gross, off-putting, and hilarious as he tries to find ways to pass the time and make new emotional bonds when it’s impossible to be in a room with other people. It’s a very kinetic series of shorts, which is particularly impressive when you consider its pretty much a one man show. Unless you count the mannequins.  Maybe don’t count the mannequins.
Where you can find it: Playlist of all three movies streaming on YouTube