Shriekfest award-winner “GREENLIGHT” gets the go-ahead for release next year, and a poster

Death on camera gets a GREENLIGHT in the accoladed thriller; you can find out whether it’s up to snuff later this winter, and see the poster after the jump.

The Horror Collective, which grabbed GREENLIGHT following its world premiere at Shriekfest (where it gained prizes for Best Thriller Feature Film and Best Male Performance in a Feature Film for Chase Williamson), will release the movie February 25 on VOD and digital platforms. GREENLIGHT, in which “a director’s dream job quickly descends into a nightmare when he is forced to film a real-life murder,” per the official synopsis, was directed by Graham Denman from a script by Patrick R. Young. Williamson, from BEYOND THE GATES and JOHN DIES AT THE END, is joined in the cast by Shane Coffey, TEXAS CHAINSAW MASSACRE 2’s Caroline Williams, Nicole Alexandra Shipley, Evanne Friedmann, Victor Turpin, Craig Stark and Chris Browning. You can follow the movie on Twitter and Instagram. 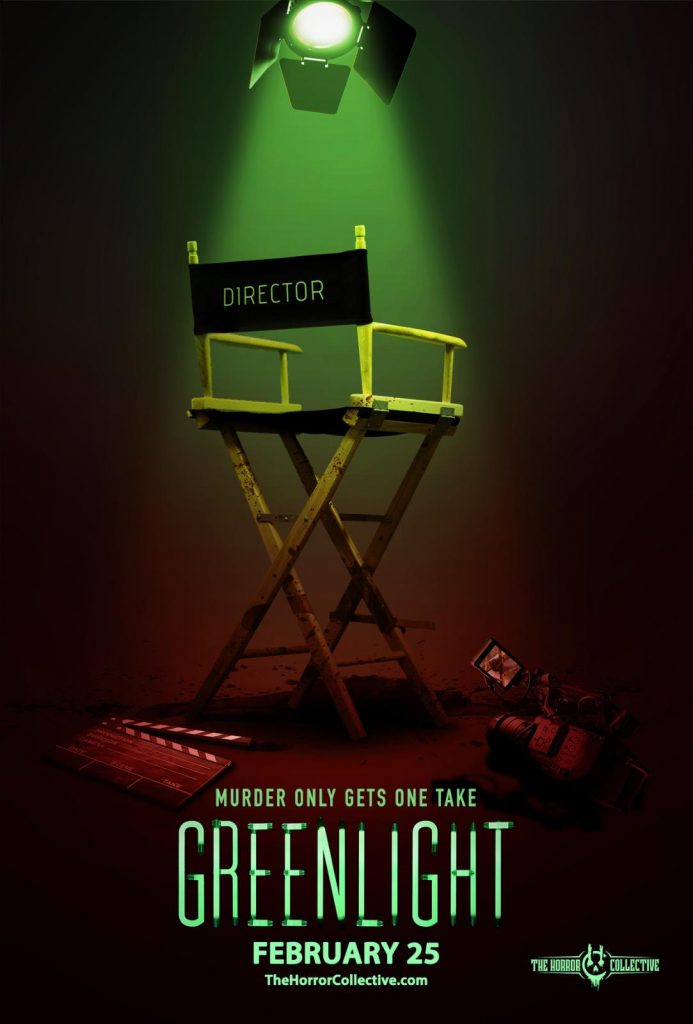