Gretel and Hansel, the latest feature directed by Osgood “Oz” Perkins (The Blackcoat’s Daughter and I Am the Pretty Thing That Lives in the House) is a morbid re-telling of the classic “Hansel and Gretel” fairy tale by the Grimm Brothers. Perkins drives the well-know story in a new direction, focusing on a young girl (Sophia Lillis) who leads her little brother (Sam Leakey) into the dark and dangerous forest in search of food, only to stumble upon a terrifying child-eating crone. Rue Morgue got the exclusive opportunity to sit down with Perkins and discuss his occult-inspired tale. 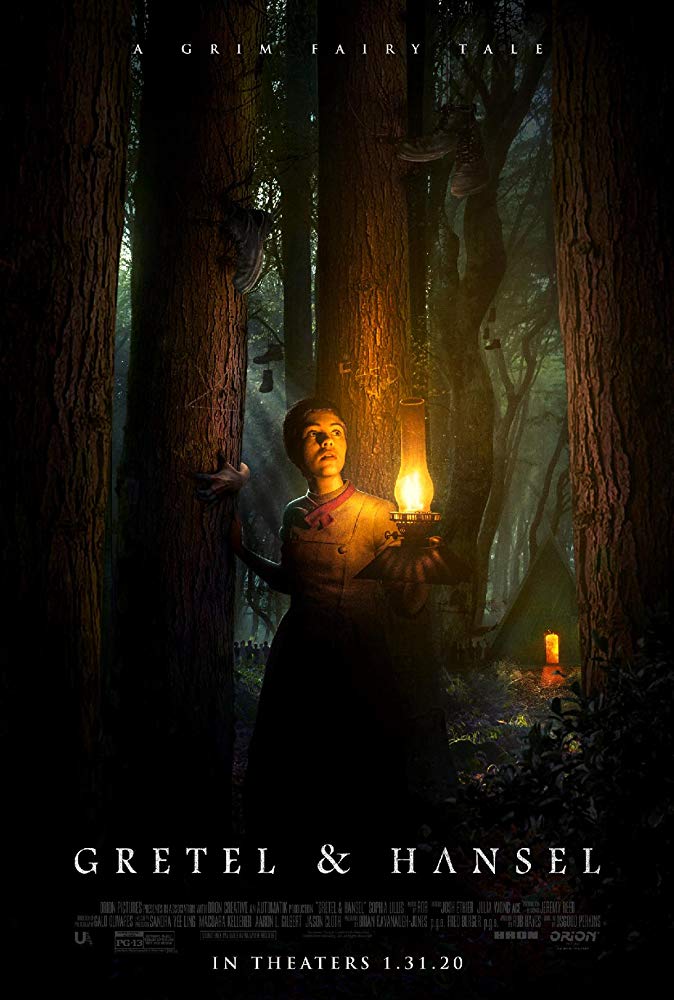 What drew you to this particular story?
In any horror telling or tale you have to get to the pit of dread. For me, it is the simple fact that there are people in this world who make it their business to deceive children. That’s one of the more gut-wrenching realities. Being able to riff on that really difficult and dark reality was the place we started.

As the titles implies, the film focuses more on Gretel as opposed to Hansel. Can you expand upon this decision to do so?
The title was like that when the script came to me. Then the decision that I brought to the studio was that we harness the energy that reversal of the title creates. There’s an immediate alchemy that happens when you reverse those names. It’s kind of magical. We really wanted to make the most of the meal out of that.

The film is rated PG-13. Did you explicitly set out create a film that younger audiences could see?
I wanted to make sure that younger audiences were able to go and see the movie and see something about becoming yourself. Those teen and adolescent years are this tender time in the development of our identities, psyches, and finding our own power. I really wanted to make sure that we were foregrounding that experience in the context of all this horror. The expectation from the studio when the project first started was that we would be making an in-your-face and aggressive hacky, jumpy, and noisy horror picture. I don’t make movies like that, so I didn’t want to go there. I wanted to make the kind of movie that I like to make and also be able to include a younger audience into that vibe. I wanted to treat younger audiences with the respect that they’re due and don’t always get. A lot of kids movies assume that children are essentially bored and I think that assumption is one of the worst things you can do. My assumption here with this picture is that kids actually want to rise to the occasion and challenge themselves to hang in there with something that is more vibey, atmospheric, and dreadful as apposed to constantly stimulating.

There has been a renewed interest in the witch in popular culture. What do you think this film contributes to our understanding of the figure?
I hope that it sort of aligns itself with the fact that the image of the witch is reclaiming itself with more positive connotations. The positive connotation for me is that the witch is a woman who possesses her own power and doesn’t give a fuck what you think about it. That’s why the idea of whether she would be a good witch or a bad witch came up early on. I said ‘uhhh… good witch? Is that the answer the studio wants to hear?’ Because I don’t care, it’s going to be both. The whole idea behind the witch in our movie is that she’s not what she is and who she is. She doesn’t do what she does because she thinks it’s funny. She does what she does because she’s in real pain. There are real reasons for it. This is just how her power manifests. So it’s exciting to say ‘yes, of course she’s evil’ because its a fairy tale, but she’s evil because of her experiences and this is how she manages. She eats her feelings. That became not so much the joke, but a truth of the movie. 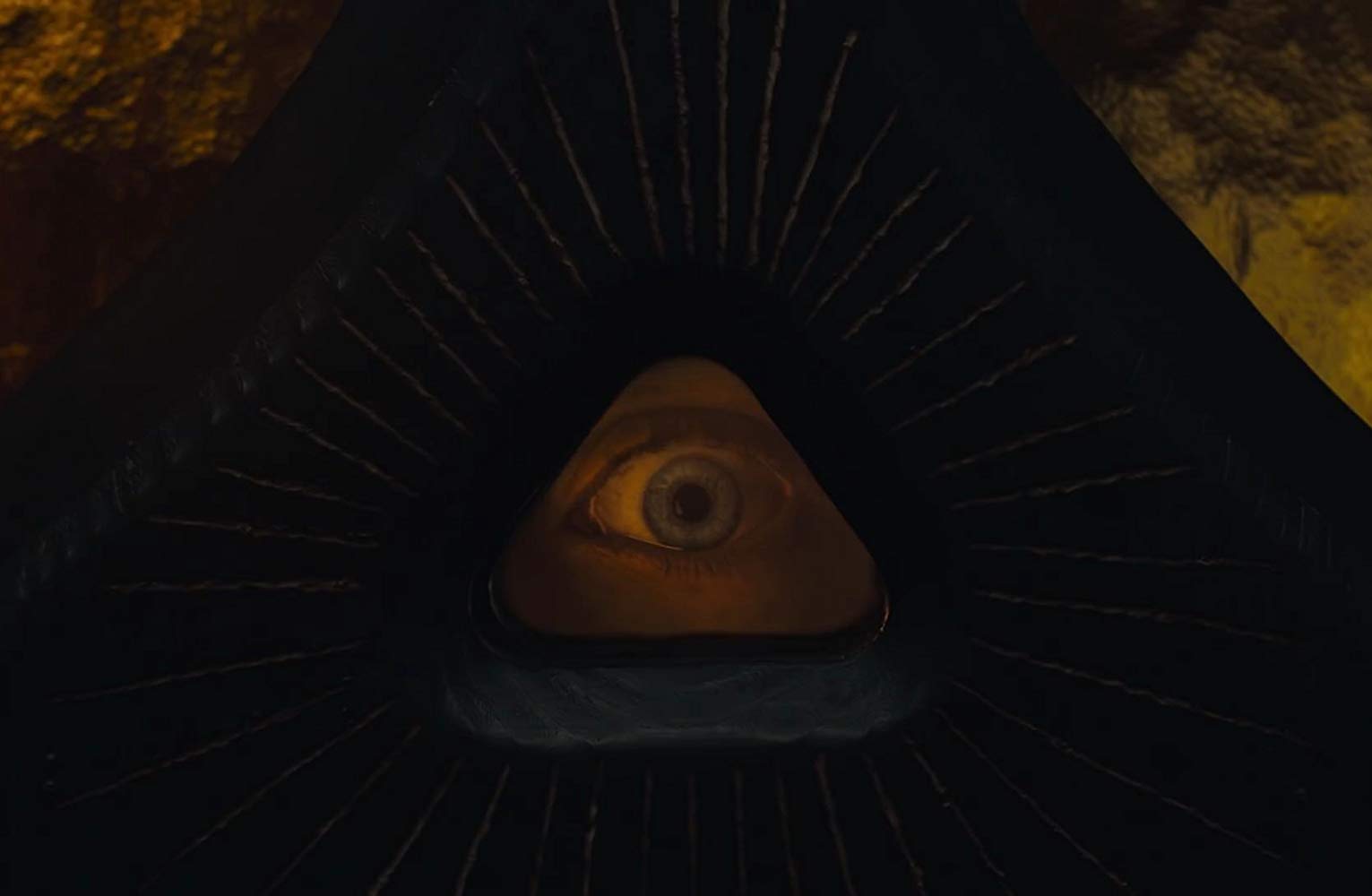 Tell us about the use of symbols in the film. Where did you draw inspiration from?
I never know where any of this stuff comes from. When it arrives and sits its such a welcome thing. So things like the triangle becoming the elemental shape of the picture is one of those things that is so magical when it comes. If you build it, it will come. If stuff will come to you, then it does. If you do your job as the kind of author – or director in this case – then you’re looking out for what really sings to you and what matters or works. You just gravitate to these things and they just present themselves. It’s exciting within the context of fairy tales where there’s so much rooted in the unconscious and in the archetype. So whenever you can find these things that are as elemental as archetypes – in this case one of the basic shapes – it starts to all feel textually woven together.

What was your experience like filming with child actors?
The two kids and the two characters are so different. They both really embodied exactly the age of life where I wanted both of those characters to be. Sam Leakey who plays Hansel is really new to all of this. This was his first movie and he had this sort of ‘wow!’ approach to everything. Everything was just him going ‘I can do that’ or ‘I want to try that.’ He just ran at it, which is exactly what I wanted Hansel to feel like. Sophia is a wonderfully minimalist actress and she’s observing all the time. She’s cautiously serious, unassuming, and careful. All of those things were in Gretel exactly. If you cast properly, you can kind of take your hand off the wheel and trust that everything will go the way it should. I got really lucky here.

You have a longstanding connection to the horror genre. You reprised your father’s iconic role as a young Norman Bates in Psycho II and have since written and directed numerous horror films. Is there something about the genre that is particularly compelling for you?
Yes, the fact that it is the most poetic and expressive genre. Other genres, whether we like it or not, kind of still adhere to certain clearly defined boundaries. In horror you’re really welcome to explore almost everything because at the heart of the horror genre is the basic elemental fact of human existence that we don’t really know what’s going on or what’s behind the curtain or what’s behind the darkness. We don’t really know what’s around the corner or what’s coming for us. We don’t really know where our end is. These core and instinctual facts of being alive are all at play in a horror movie. I don’t get off on scaring people or making them feel uncomfortable. That’s not what my business is. My business feels more like acknowledging the mysteries of the universe, which can sometimes be – sad to say- pretty dark.