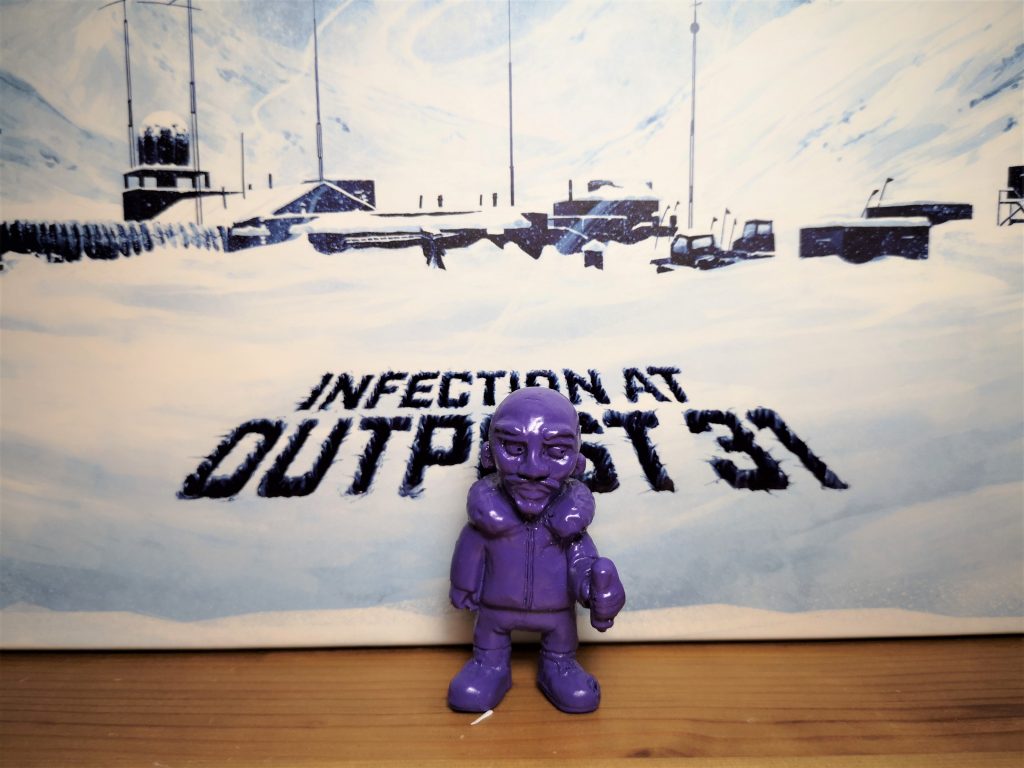 We’ve got an update for you fans of PICKMAN’S VINYLS (Joshua Allen Hibbard a.k.a. Professor Pickman and Mike Alvarez): new pictures have surfaced of resin mock ups showing what the next couple of releases based on John Carpenter’s THE THING will look like. As mentioned in an earlier article here, these figures are being released one per month. The fourth release in the series will see Childs (standard and deluxe editions) go on sale April 5th at 8 PM CST. Childs, as played by actor Keith David, was the somewhat level headed mechanic who slowly fell out of trust and into paranoia of his fellow men at the doomed outpost. The deluxe minifigure comes with a resin flamethrower accessory, as seen in the movie when Childs incinerates one of the creatures. 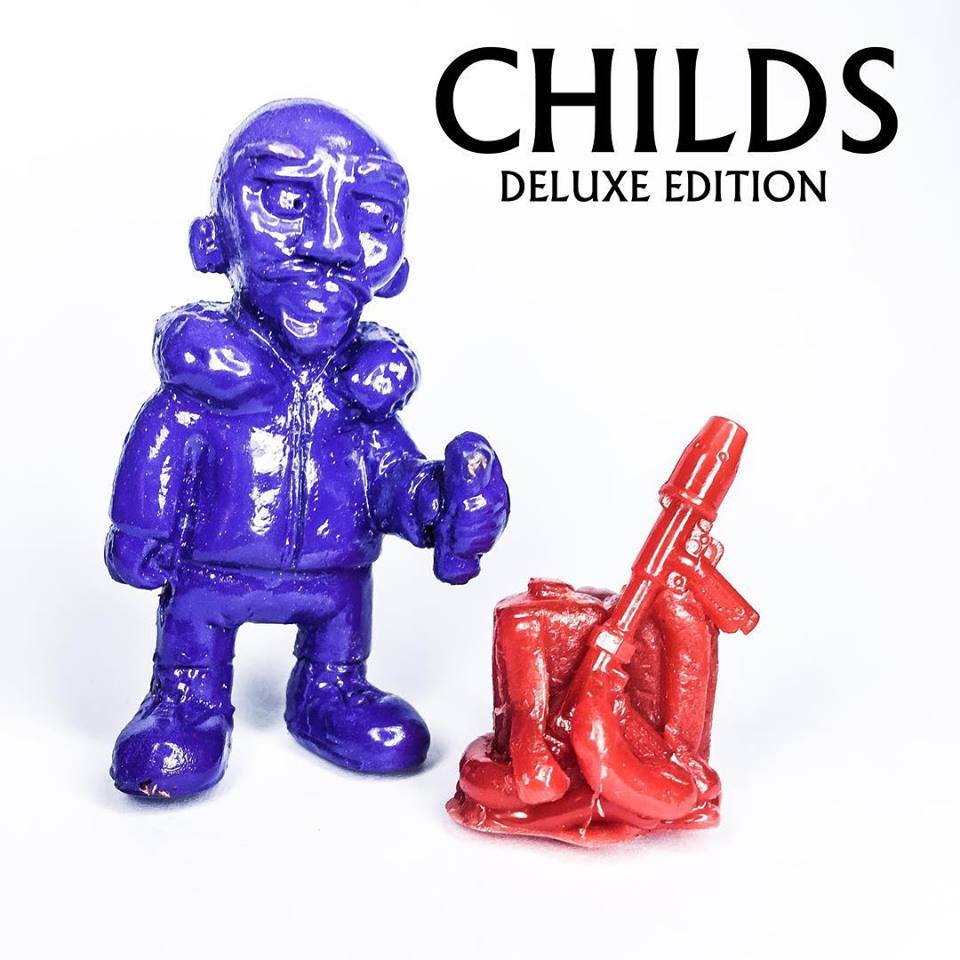 This solid purple colour resin minifigure straight from outpost 31 comes bagged with a header tag and includes a blood test point.
Childs standard edition will sell for $15 USD with the deluxe edition (including flamethrower) going for $16 USD (plus shipping) on Pickman’s Vinyls webpage. 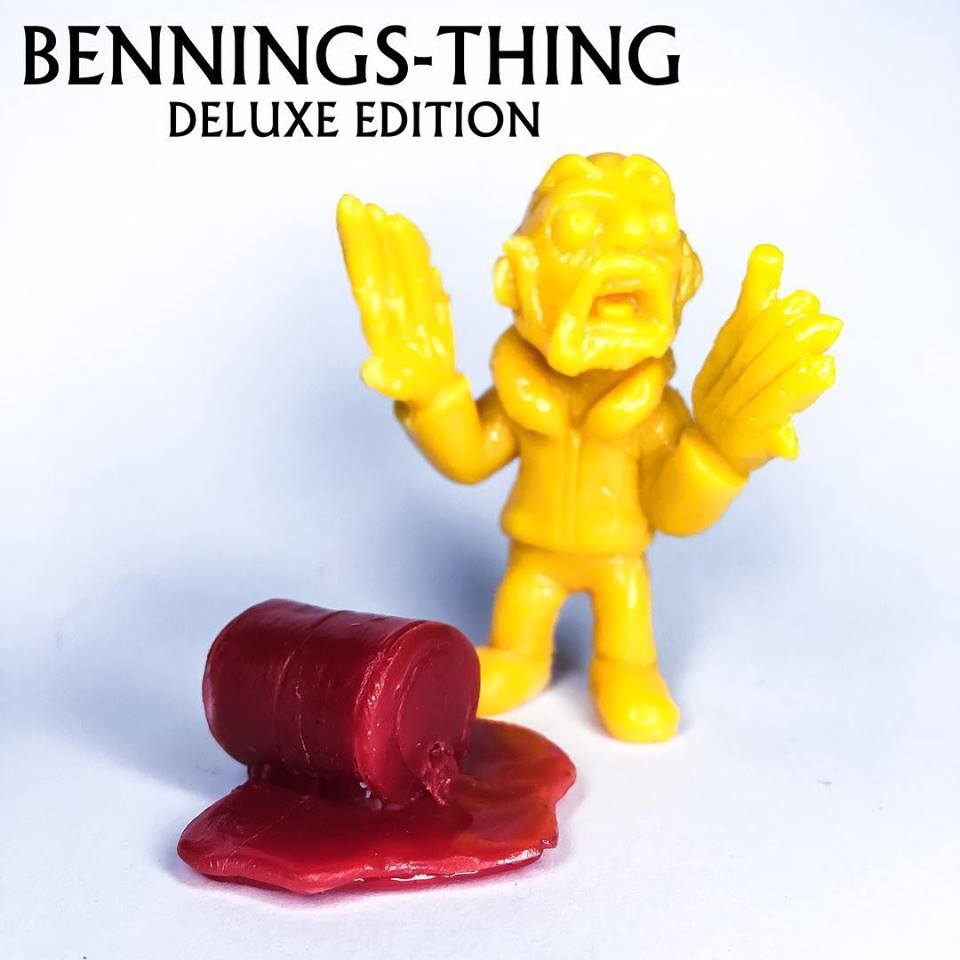 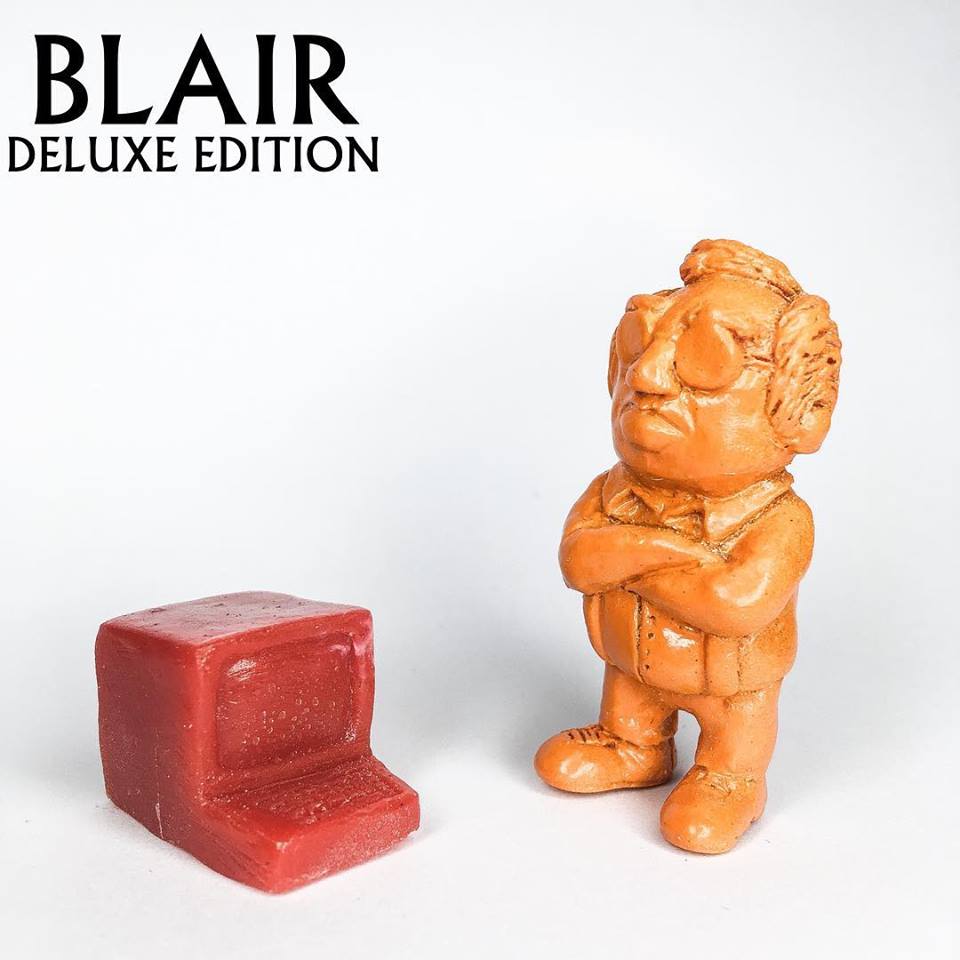 A few mock ups of May (Bennings) and June’s (Blair) minifigures have also been released with their deluxe edition accessories. May will see a solid yellow coloured resin Bennings figure with the deluxe edition getting a tipped over kerosene barrel accessory (colour not yet final on the kerosene barrel).

June will see the release of a solid orange coloured resin Blair figure with its deluxe edition computer accessory (colour on the accessory not yet final). Find more announcements pertaining to The Thing minifigure releases, including blind bag and other unannounced projects from Pickman’s Vinyls on their social media accounts and website. 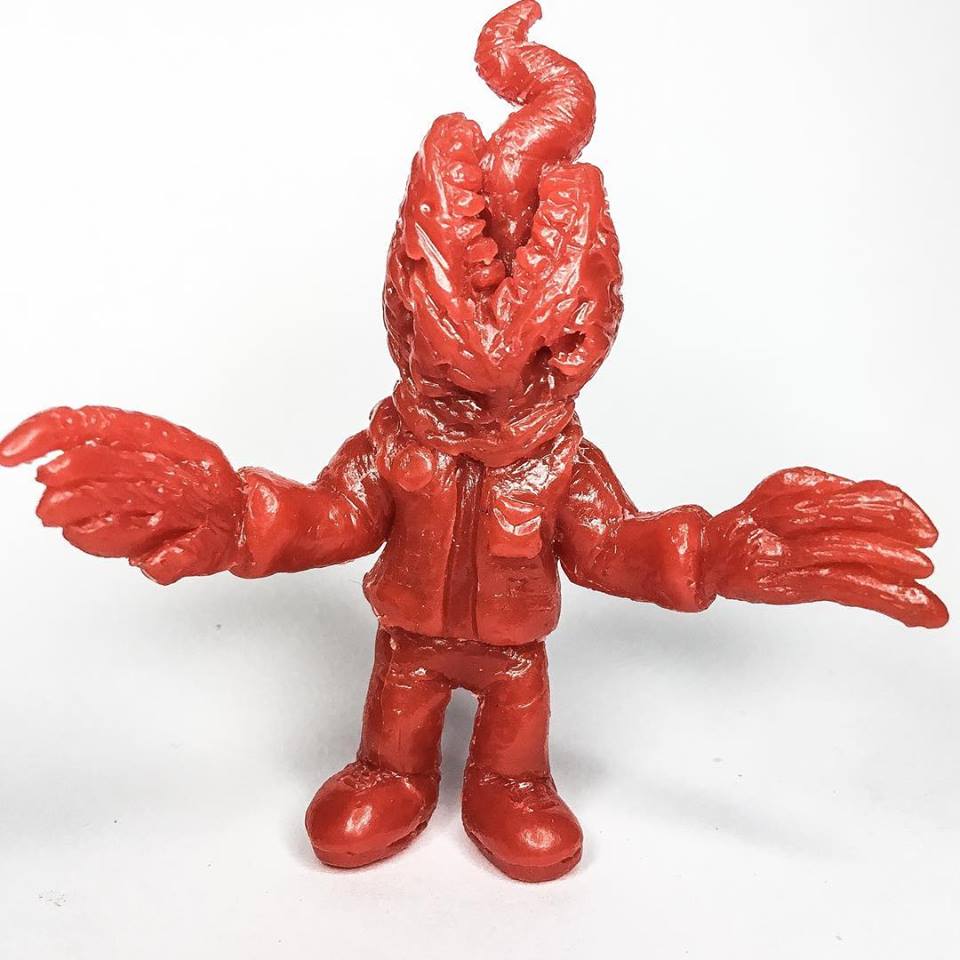 Finally, here is a fresh test pull (not final colour or figure) of Palmer-Thing Coming to infect everyone this July 2019.