Sunday, Bloody Funday: Caine Productions gets a head in the figure field 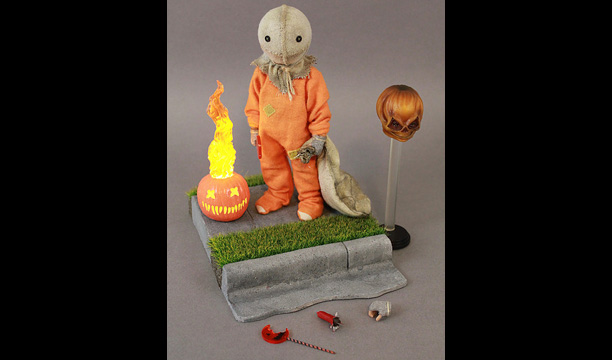 Houston, Texas is home to one of today’s hottest sculptors. Alexander Caine is a formally trained artist (holding a BFA in Studio Art) whose body of work to date consists of masks, 1/6-scale portrait head sculpts and articulated action figures. He runs his own company, Caine Productions, through which he releases many fine, frightfully fun creations. Here is just a handful of what he has to offer:
TRICK ’R TREAT Sam: This magnificent 1/6-scale representation of the cult Halloween movie’s mascot comes with two expertly sculpted heads (one with a sack head and one with it removed). The articulated figure wears custom handmade clothing and is also accompanied by a flaming-pumpkin accessory (that really lights up), a sidewalk, a chocolate bar with exposed razor in it, two lollipops (one with a bite taken out of it), an extra interchangeable hand and a stand for the extra head to be placed on. This all comes nicely packaged in a custom art box. 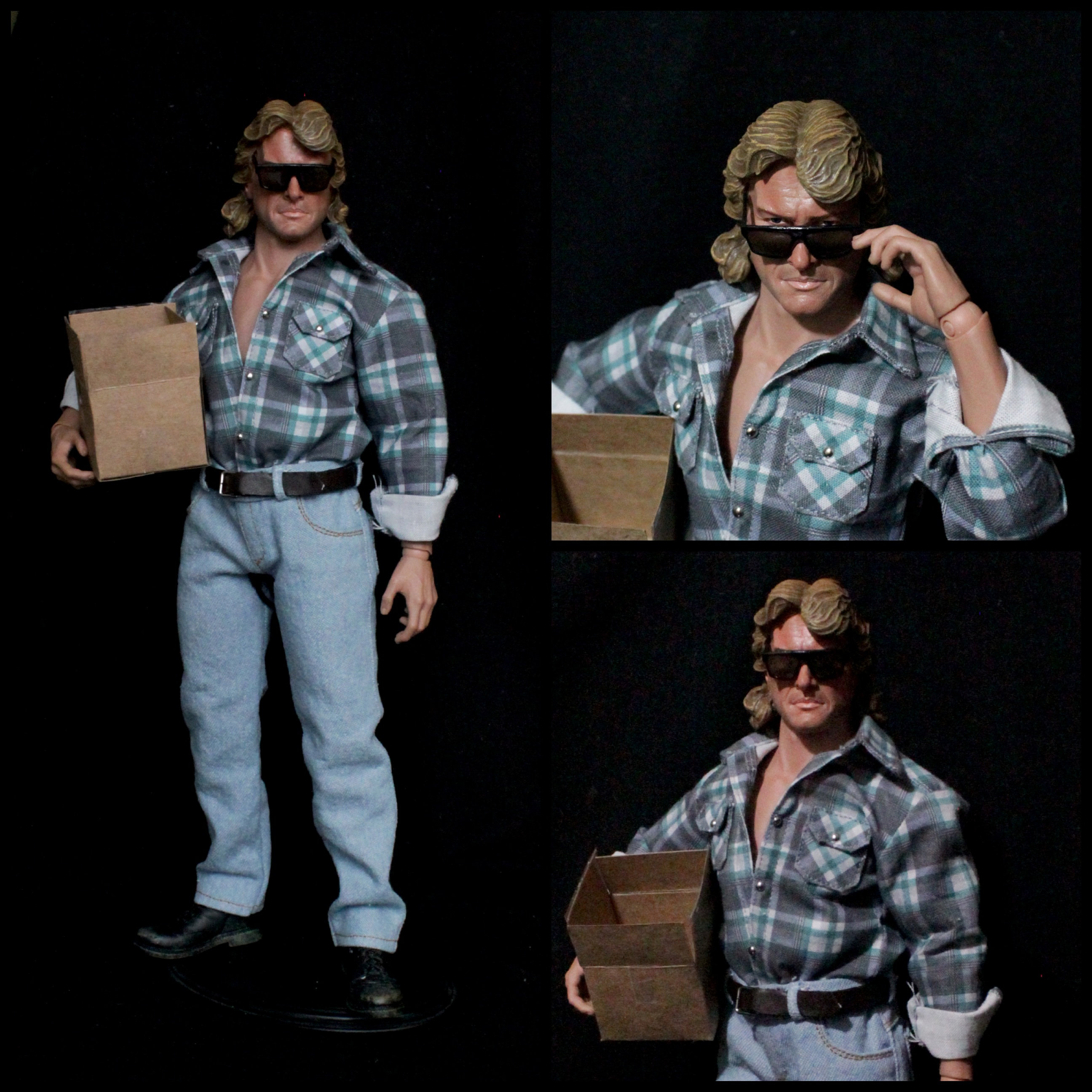 THEY LIVE Nada: Who hasn’t wanted to be able to hold a figure of Roddy Piper’s hero and recite that famous line about kicking ass and chewing bubblegum? Caine Productions has done a great job from top to bottom sculpting, painting and fabricating this representation of one of John Carpenter’s most beloved heroes. It includes the famous black sunglasses—I get goosebumps just looking at it—and is articulated so Nada can lower them to look you in the eye.
A couple of other very notable figures in Caine’s collection include Curly from AN AMERICAN WEREWOLF IN LONDON, Michael Myers from HALLOWEEN and Jason Voorhees from FRIDAY THE 13TH PART III, and he has also done head sculpts of FRIDAY VI’s Jason and the titular ghost from BEETLEJUICE. He has the knack for crafting the spitting image of a character with an amazingly high degree of detail in a small head sculpt. He not only catches the character, but also the persona of the actor behind it. When you look at what he’s done with Beetlejuice, you not only see the prankish ghoul, you feel like if you remove the makeup, you’d also see Michael Keaton the person. The head sculptures are just so dead-on, its scary. 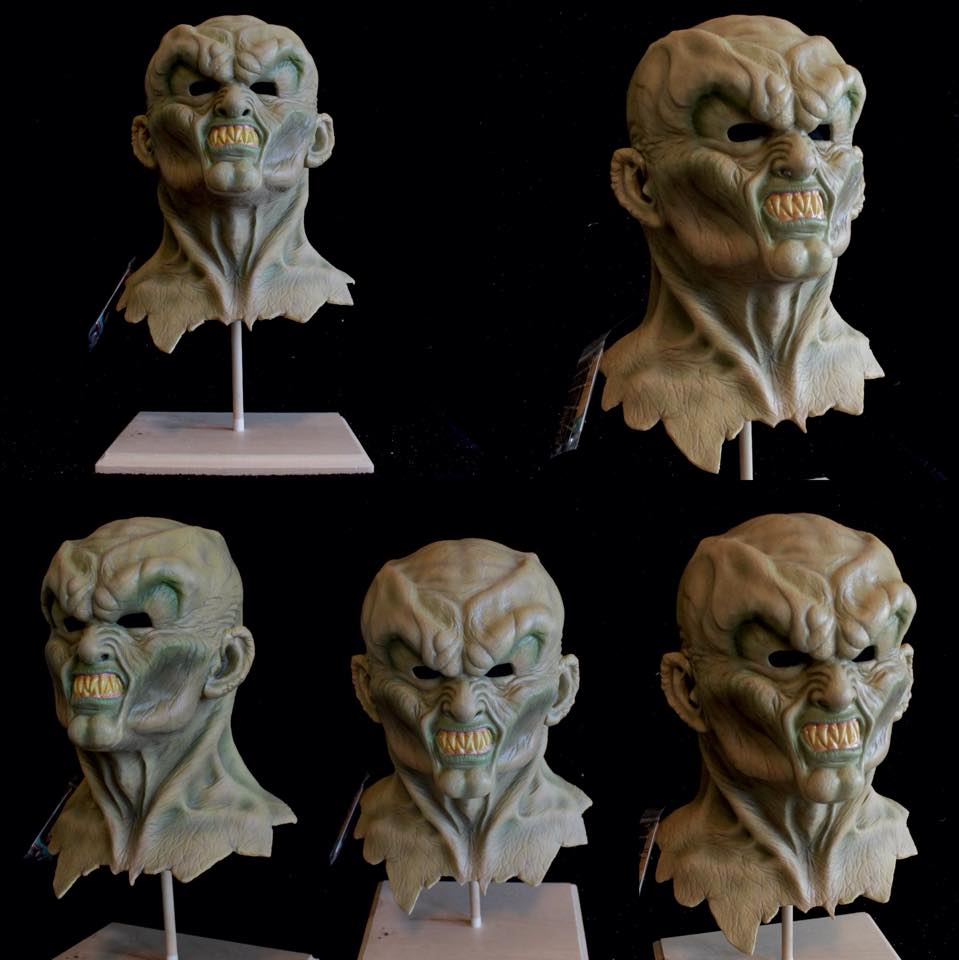 Also worth noting are the full-size masks Caine Productions has produced. Check out the latex replica of “The Haunted Mask” from an episode of GOOSEBUMPS. If you’ve seen the episode, you’ll know this is spot-on. Caine has also produced an Arseface character mask from AMC’s PREACHER series.
Most of Caine’s figures, head sculpts and masks are in limited supply, so make sure you keep an eye on the official website or head over to the Facebook page to check for availability.