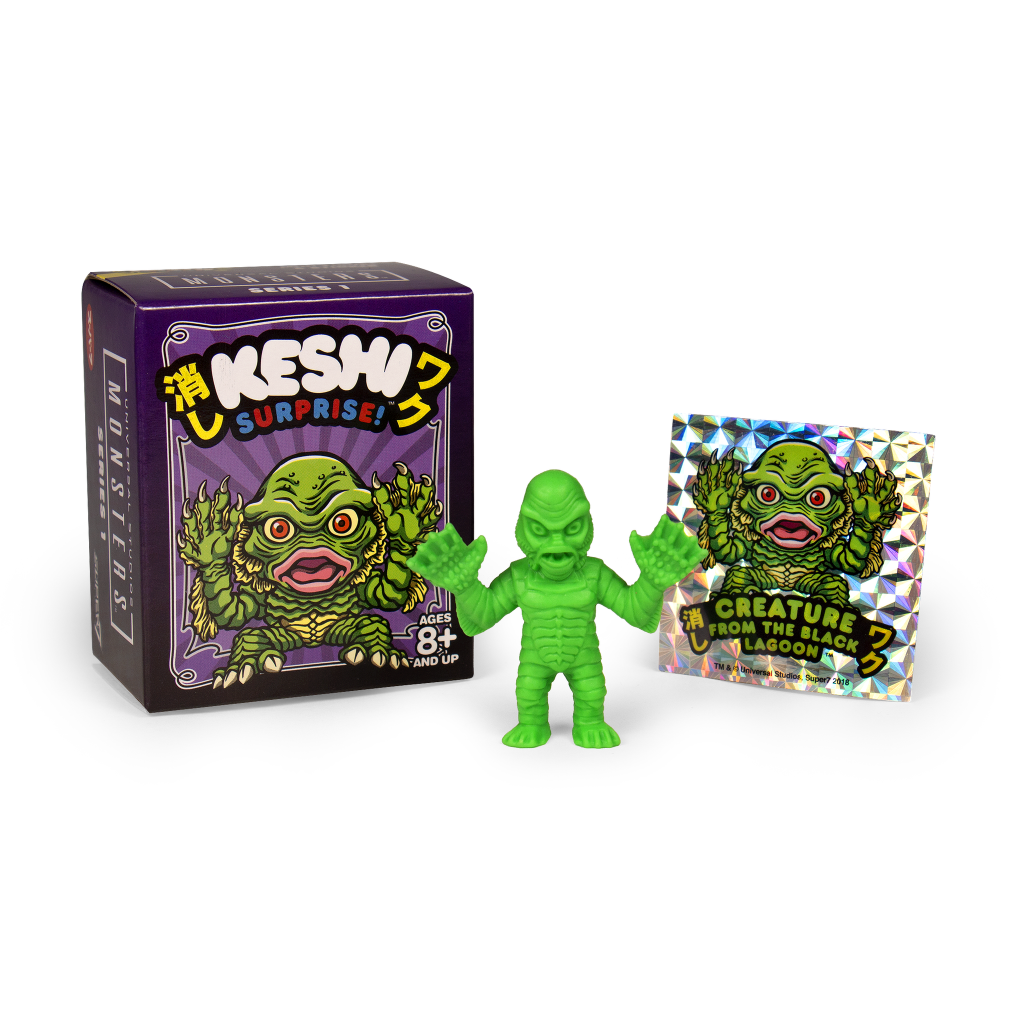 Randomly-coloured and standing 1.75 inches tall, each figure is boxed in a Japanese-styled “Kenshi” or “blind” box, complete with animated style illustrations on many of the classic Universal monsters. Each one of these individually sold boxes includes a figure and foil sticker with a cartoonish illustration of the figure.

Series 1 features a variety of detailed and unpainted monsters, Creature from the Black Lagoon, Frankenstein, Bride of Frankenstein, The Invisible Man, The Mole People and Metaluna Mutant (from the film This Island Earth).

Series 2 features Dracula, The Wolf Man, Revenge of the Creature (aka Return of the Creature From the Black Lagoon), the Mummy, the Phantom of the Opera, and the Masque of the Red Death (which starred Vincent Price in one of his more memorable roles). 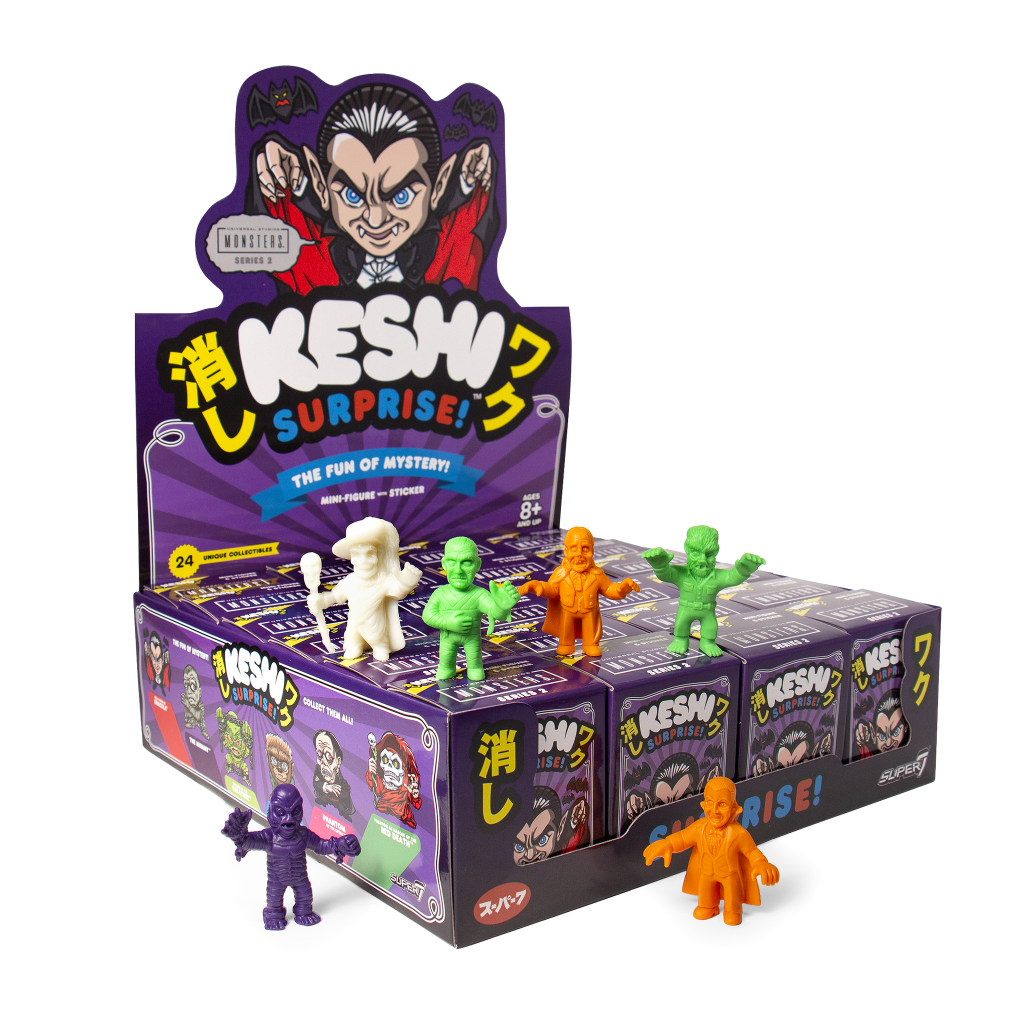 Each individual blind box sells for $4 USD with a sealed flat box of 24 individually boxed figures selling for $96 USD. Look for these Keshi Blindboxes to be sold on Super7’s webstore and by select retailers. Discover more exciting horror related release from Super7 on the company’s website and social medias.