Supernatural seductress “THE SIREN” set to haunt DVD next month

Independent writer/director Perry Blackshear follows up his acclaimed THEY LOOK LIKE PEOPLE with THE SIREN, which is now set for a disc debut. Read on for the info, trailer and poster.

Dark Sky Films releases THE SIREN, which won three awards including Best Director and Best Actor at the Brooklyn Horror Film Festival, on DVD January 28. Originally titled THE RUSALKA, it stars Evan Dumouchel, Margaret Ying Drake and MacLeod Andrews. According to the official synopsis, “THE SIREN is an enthralling, seductive and creepy supernatural tale about cursed star-crossed lovers. Tom [Dumouchel] rents a cabin on a secluded lake marked by a local legend of a lovelorn spirit who haunts the surrounding woods and drowns anyone she encounters. Drawn to her immediately, Tom knows he has found his soulmate in the seemingly human Nina [Drake], who must battle to repress her demonic instincts when she feels the same towards him. Meanwhile, a man [Andrews] possessed by vengeance circles the pair, getting ever closer to tracking down the monster that murdered his husband… Part dark fairy tale and part elegant nightmare, THE SIREN is a heart-wrenching story of passion and revenge that will take hold of you and never let you go.” 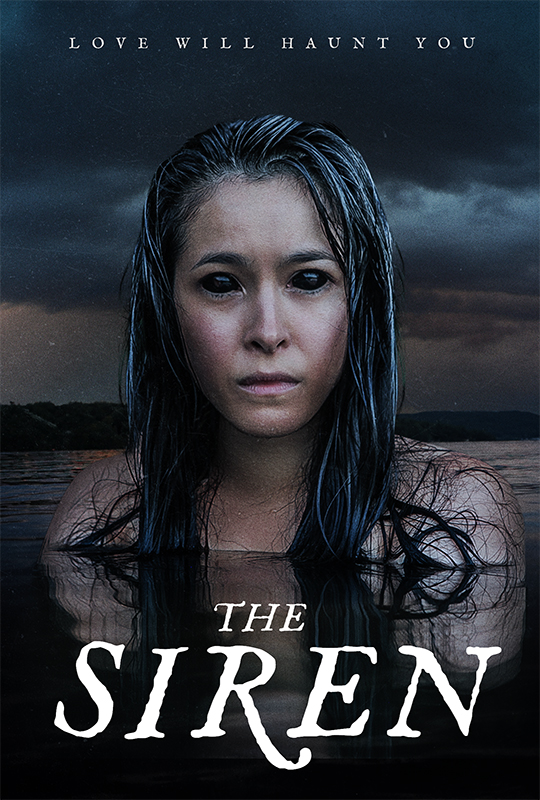