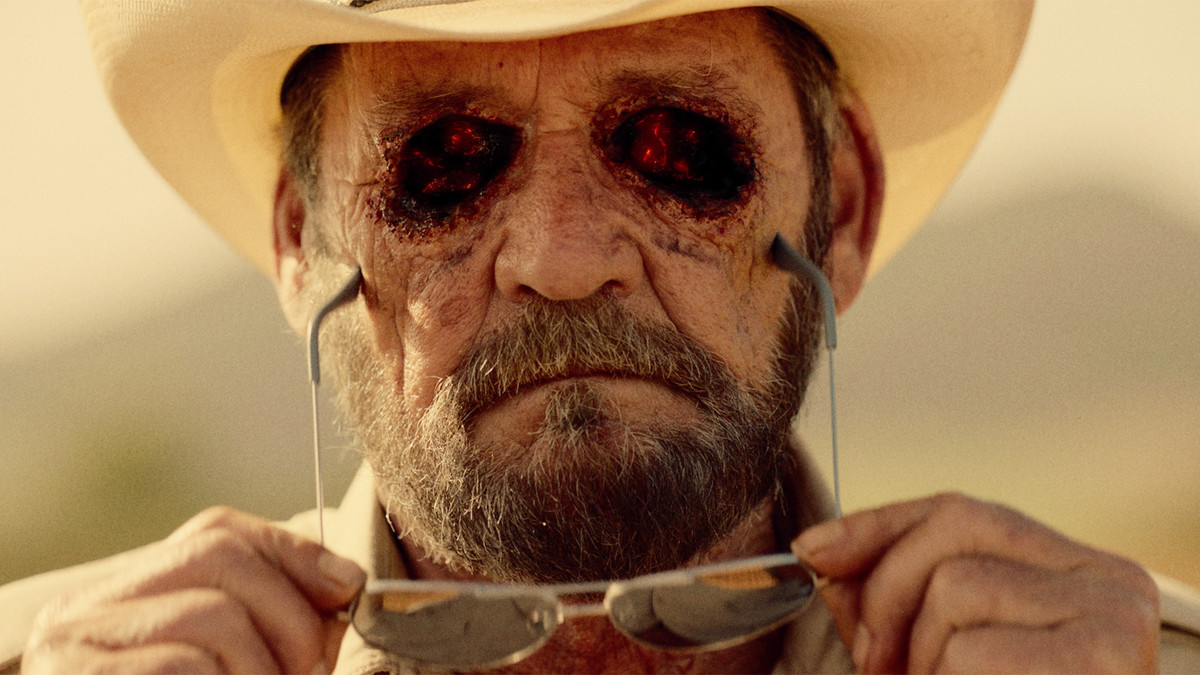 “It all started with the Scar.”
It’s high noon on BLOOD DRIVE (premiering new episodes on Syfy Wednesday nights). Grace (Christina Ochoa), Arthur (Alan Ritchson) and the Scholar (Darren Kent) are alone in the desert hills, racing like mad to make their way to the peaceful little town of Red River. They catch the attention of local Sheriff Leon (Danny Keogh) and are forced to pull over. Arthur, playing good cop/good citizen, tries to talk his way out of trouble, but the lawman won’t have it and tells the racing crew there is only one road through Red River—and he guards it. Quid pro quo enters the race. The sheriff, of course, is not all he seems to be; behind those mirrored sunglasses are burning holes of scariness.
At Heart Enterprises, Aki (Marama Corlett) awakens and finds herself alone. Her normal sadistic smile is marred by trouble. She clicks through the various cameras at her disposal in a search for Christopher 2.0 (Thomas Dominique), but he’s nowhere to be found. In fact, he has covered his expensive artificial eye with tape so Aki cannot locate him, and is finding a way out of Heart Enterprises. 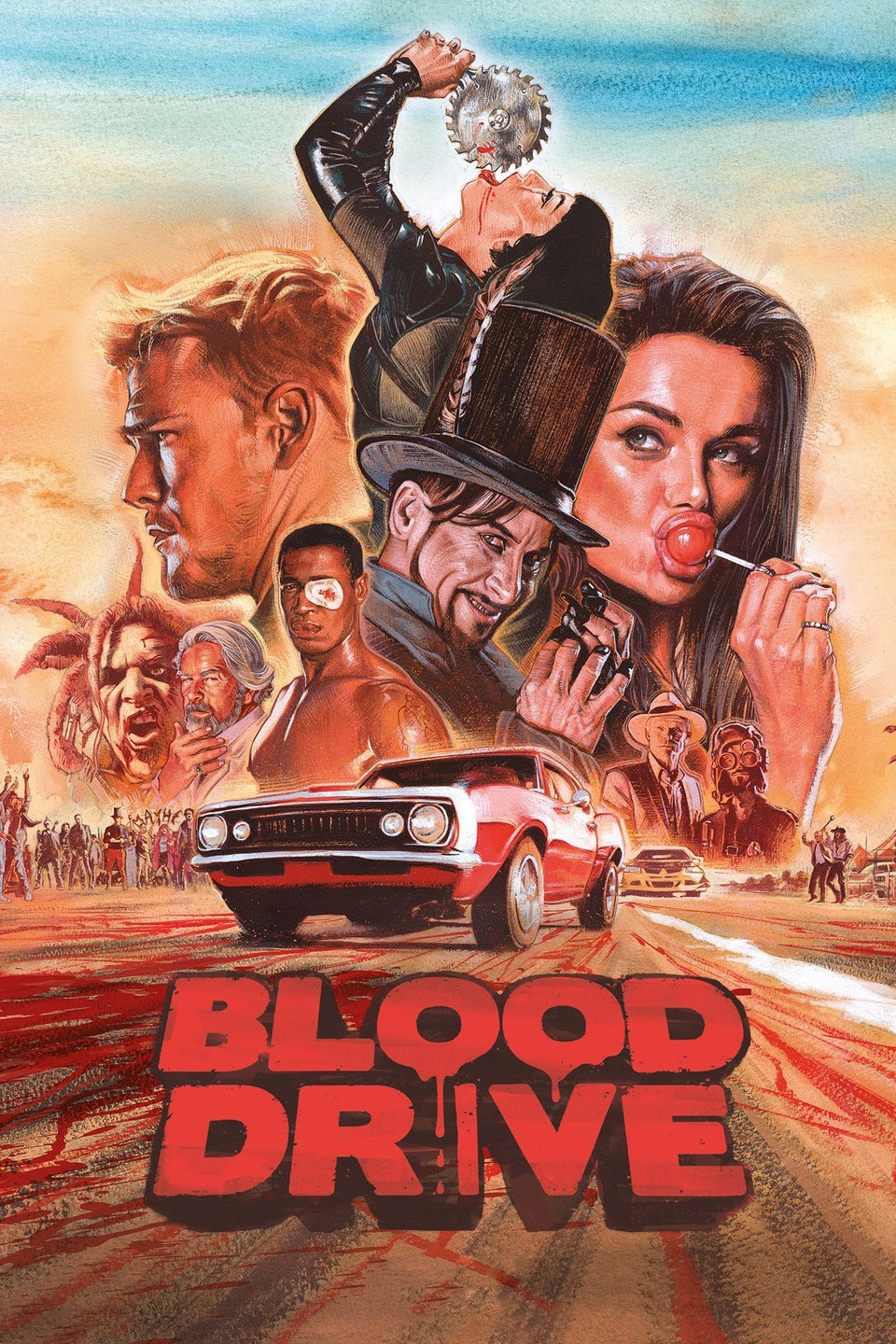