One of the great ’70s zombie films is getting a new lease on undeath as Jorge Grau’s THE LIVING DEAD AT MANCHESTER MORGUE receives a hi-def upgrade. Jump past the jump for the info.

Synapse Films has announced that it has undertaken a 4K restoration of LIVING DEAD AT MANCHESTER MORGUE, a.k.a. LET SLEEPING CORPSES LIE and DON’T OPEN THE WINDOW. Originally released overseas in 1974, the film stars Ray Lovelock, Christine Galbo and Arthur Kennedy and concerns walking corpses resurrected by pesticides. This new version will have its world premiere at this summer’s Fantasia International Film Festival in Montreal, screening at the J.A. de Sève Cinema on Saturday, July 27 at 11:55 p.m. Synapse will also release the restored film in a special Blu-ray edition later this year, with a release date and other details to be announced. 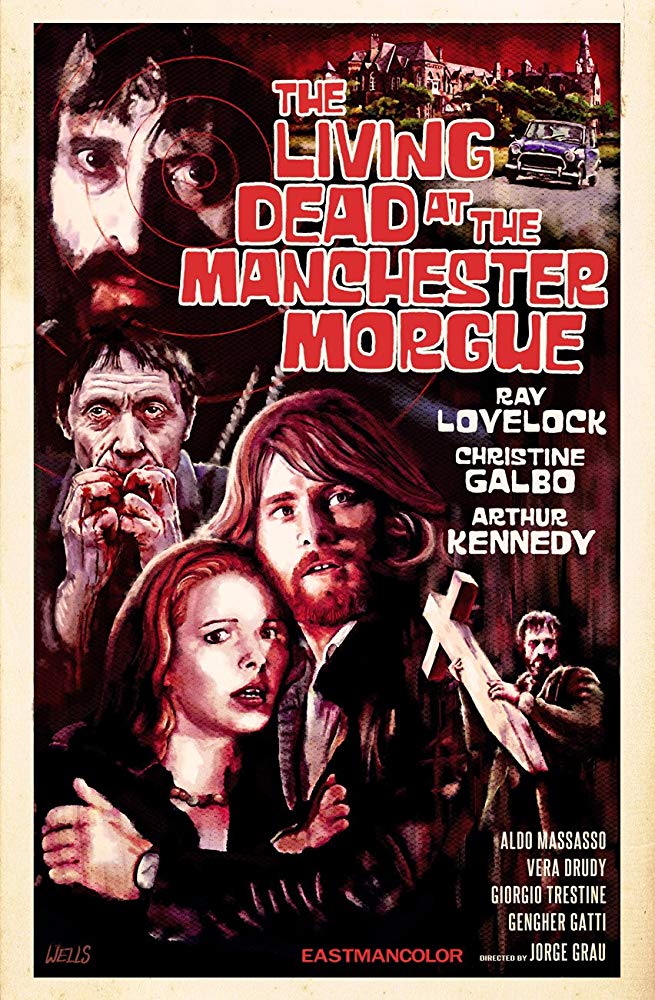