Over the past decade, mainstream films have steadily included more and more queer characters in their stories. Films such as the Oscar-winning Moonlight (2016) and Clea DuVall’s Happiest Season (2020) have granted queer folks with the opportunity to see themselves on screen in a range of genres. Queer couples especially have been in the forefront of these films, often with coming-out narratives to parents and navigating the hurdles of queer relationships. However, no other genre has showcased queer relationships quite like horror. Unlike the above films that center around the overused coming-out narrative, horror films of the past decade have focused, of course, on bloodshed and terror, but additionally on queer relationships and dynamics that go beyond the Hollywood mold. The cliché narratives used in other film genres get left to the wayside, allowing queer people and especially queer couples to simply exist, albeit among the fantastical fictional carnage. And some even survive!

No film is perfect in its representation. Historically, films of the horror genre have had missteps in its attempts at inclusion. Queer folks in horror have been portrayed as sissies, predators, monsters, and comedic relief. One of the first queer couples in horror were two antique dealers in Blacula (1972), quickly killed by vampire Prince Mamuwalde and referred to by police with an anti-gay slur. Since that time, horror has seen myriad queer couples through subtext (and some outright): Dr. Frankenfurter and Rocky of The Rocky Horror Picture Show (1975), vampire Jerry Dandrige and manservant Billy Cole of Fright Night (1985), vampires Lestat and Louis in Interview with a Vampire (1994), Mahalik and CJ of Scary Movie 4 (2006), and complicated romantic/platonic best friend queers Needy and Jennifer in Jennifer’s Body (2009).

From independent productions to mainstream wide releases, the following films are the best of the past decade that involve queer relationships: 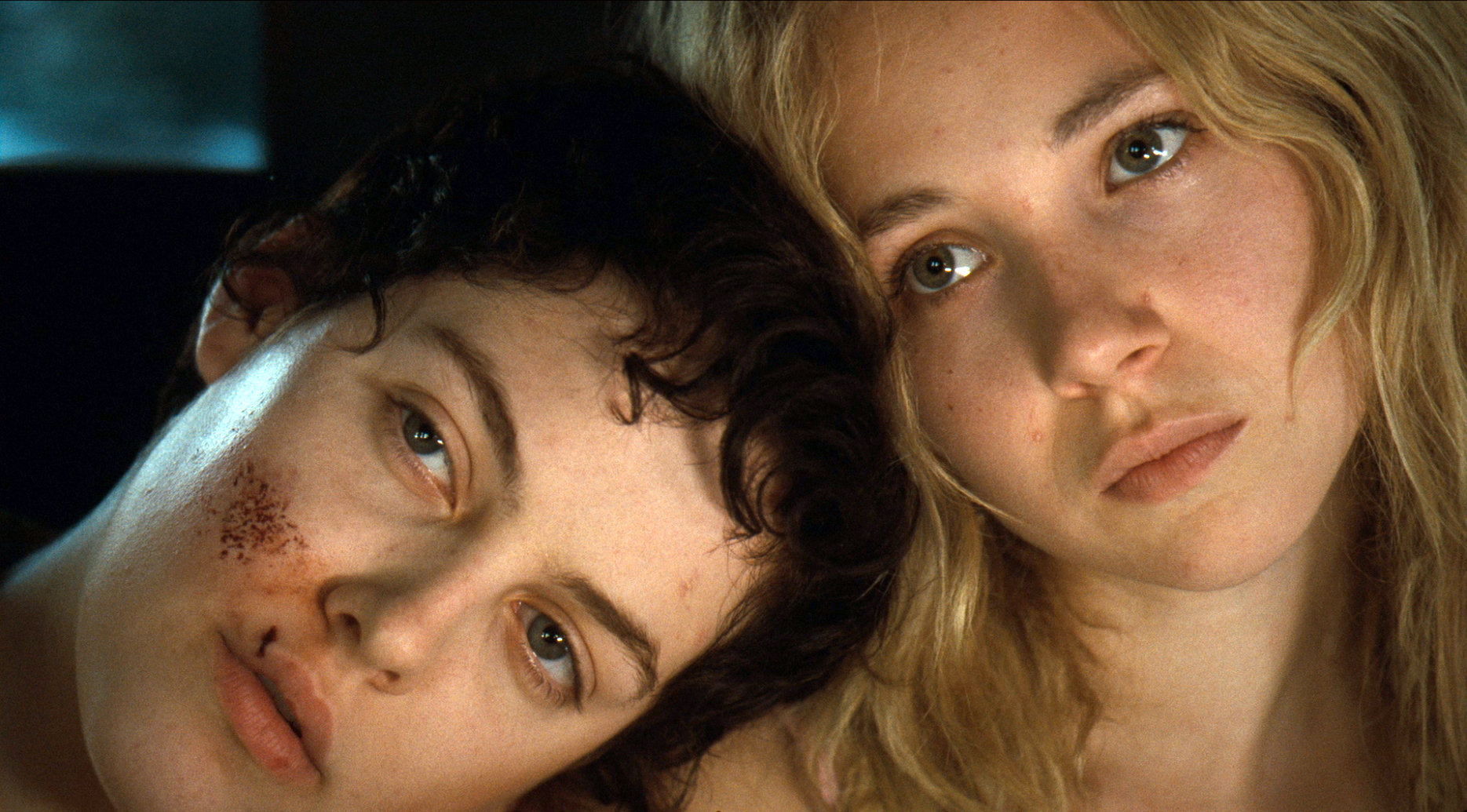 Campy horror-comedy gold: You’re Killing Me, written and directed by out queer men Jim Hansen and Jeffrey Self, follows George, an internet comedian who falls for handsome mysterious serial killer Joe, fresh out of the mental institution. Unbeknownst to George, Joe starts killing anyone George jokingly says for him to kill. This film takes the cake when it comes to ultimate queer representation as nearly all main characters are queer both on screen and in real life. Does George and Joe’s love affair end when George discovers Joe’s not-so-hidden secret? 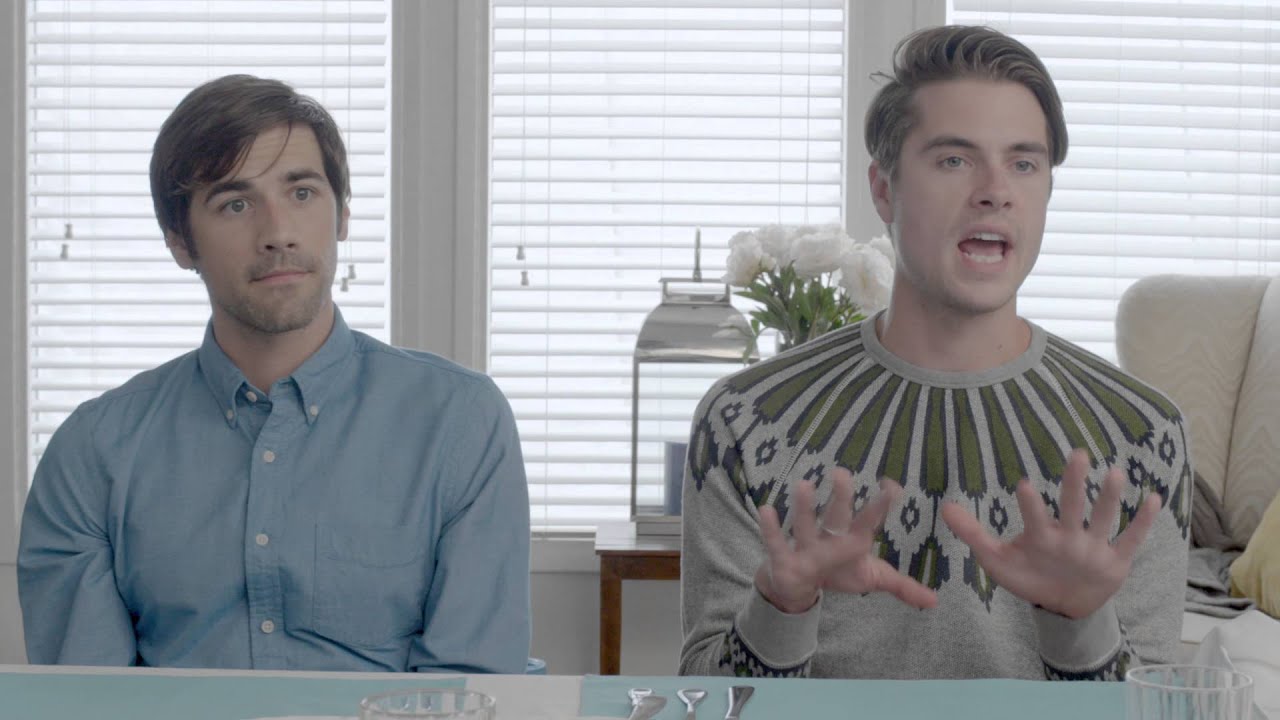 Iconic killer dolls Chucky and Tiffany are back together again in the seventh installment of the Child’s Play franchise. Written and directed by the openly queer Don Mancini, Cult of Chucky does what no Chucky film has done before: make Chucky human. However, there is a twist. Chucky’s soul gets transferred into the body of protagonist Nica, a young woman forced into a mental institution for criminals, who Chucky had been stalking in Curse of Chucky (2013) and throughout Cult, viciously murdering anyone in his path. As Nica, Chucky exits the mental institution into the arms of his previous love, Tiffany, played by Jennifer Tilly. Now female-presenting, Chucky tenderly kisses Tiffany, and Tiffany has no issue with Chucky’s new appearance. She is in love with Chucky’s demented soul rather than its vessel, “Works for me,” Tiffany exclaims, and the two ride off into the night.

This film includes not only one queer female couple, but two! Puppet Master: The Littlest Reich kicks off with a lesbian couple in 1986 Texas where they discuss raising a family together in the near future. Unfortunately, villain Toulon murders the “disgusting homosexuals.” Another queer female couple is shown later in the film, though their fate is just as bloody.

Shudder’s The Ranger includes two queer male punks, Abe and Jerk, among the main cast. They share tender yet brief loving couple moments throughout the film.

Nari and Serena, a queer female couple, share their engagement bliss with their friends via web chat in Unfriended: Dark Web. They highlight their issues with coming to terms with the fact that their parents do not know and will be unaccepting of the relationship. Betty Gabriel, who plays Nari, was a part of a more sinister queer couple in Jordan Peele’s Get Out (2017), as she fell victim to Rose Armitage’s charms and sent to the Sunken Place.

This is an unfortunate addition to this list. Any queer person who has seen It Chapter Two knows of the visceral reaction to the film’s opening scenes with couple Adrian and Don. The two, holding hands and discussing their future at the Derry town carnival are accosted by homophobic youths who proceed to beat the life out of Adrian and hurl him over a bridge. The scene is bloody, terrifying, and enough to make any queer viewer wince in horror. Sadly, Stephen King included this hate crime in his 1986 novel as an ode to real life couple Charlie Howard and Roy Ogden of his hometown, Bangor, Maine. Howard was similarly beaten and thrown from a bridge in a homophobic attack when out with his boyfriend Ogden. Andres Muschetti, director of It Chapter Two, felt the need to include this scene based on the reality of the growing hate crimes against queer folks during the Trump administration. Yet, it is the editing and camera work that make the film gut-wrenching for queer viewers. The director’s original sentiment of the scene’s inclusion is lost in the close up of Adrian’s bloody and bruised face.

Queer female protagonists Lizzie (Logan Browning) and Charlotte (Allison Williams) begin as musician competitors and lovers in a revenge tale filled with body horror. Charlotte, a troubled former cello prodigy, meets with her former cello instructor Anton at a concert event in Shanghai where she meets Lizzie, another of Anton’s pupils. They instantly connect, flirt, and later retreat to a hotel room to have sex in a manner that defies the male gaze. Despite Charlotte later hacking off Lizzie’s perceived infected arm with a meat cleaver, the girls eventually come together in pursuit of one goal: to save another young cello prodigy from the pedophilic grasp of Anton. Once they share their stories with one another (Charlotte reveals that she maimed Lizzie to keep her from being further abused by Anton), they confront Anton in a final gory showdown, complete with a special duo cello performance just for his mutilated body.