Argyle Goolsby is one busy ghoul. Best known as bassist and founding member of the legendary horror punk band Blitzkid, Goolsby has gone on to create such creepy musical projects as The Roving Midnight and the all-acoustic ensemble, The Hollow Bodies. A creative juggernaut, he composed an all-new original score for F.W. Murnau’s silent horror classic Nosferatu in 2020. Along with his prodigious musical skills, he’s also a talented visual artist whose distinctly spooky art has graced album covers, posters and the skin of his devoted fans. As if all that isn’t enough to make Goolsby the envy of monster kids everywhere, he also serves as the vice president of Cortlandt Hull’s world-famous Witch’s Dungeon Classic Movie Museum in Plainville, Connecticut.

Recently, Goolsby opened an online bookstore under his A Corpse With No Name Productions shingle. ACWNN Books currently has three titles available that are must-haves for Goolsby and Blitzkid fans: 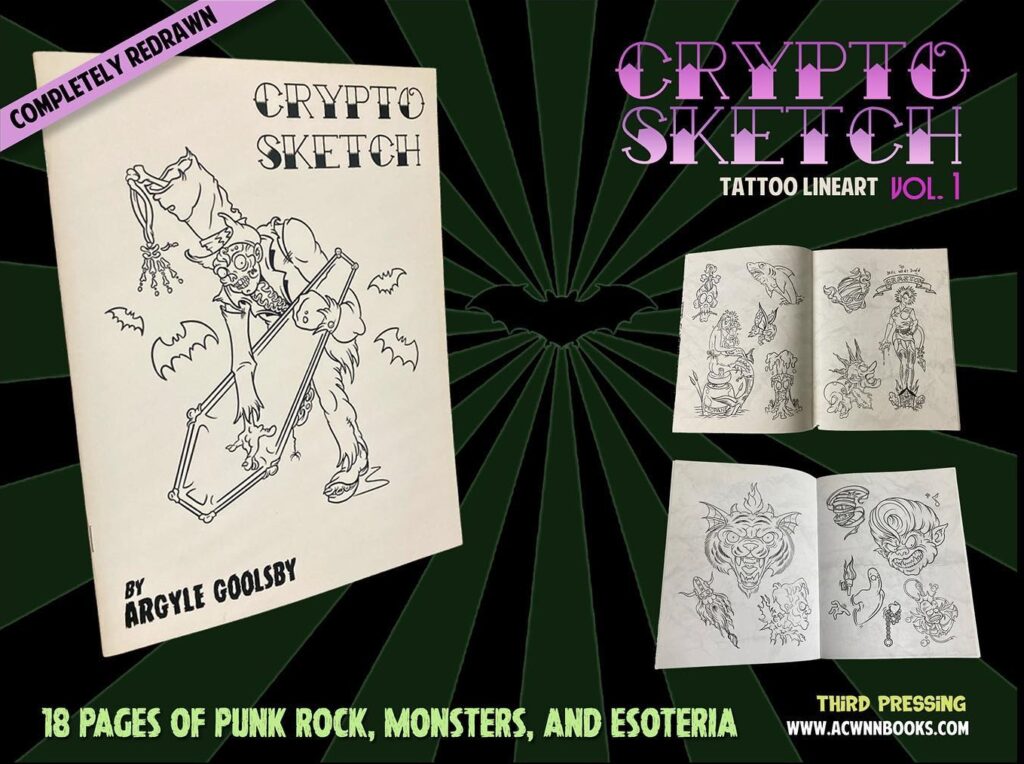 Argyle Goolsby: Cryptosketch (Vol# 1), originally released in 2012 to only 100 copies, is the first installment of the Crypto Series. Completely redrawn, Cryptosketch (Vol# 1) features 20 pages of original line art by Argyle Goolsby, encompassing all manner of monsters, cryptids, and esoteria. Each 8.5″ X 11″ book features black and white glossy pages bound in a velvet-matte finish with a saddle-stitch cover. 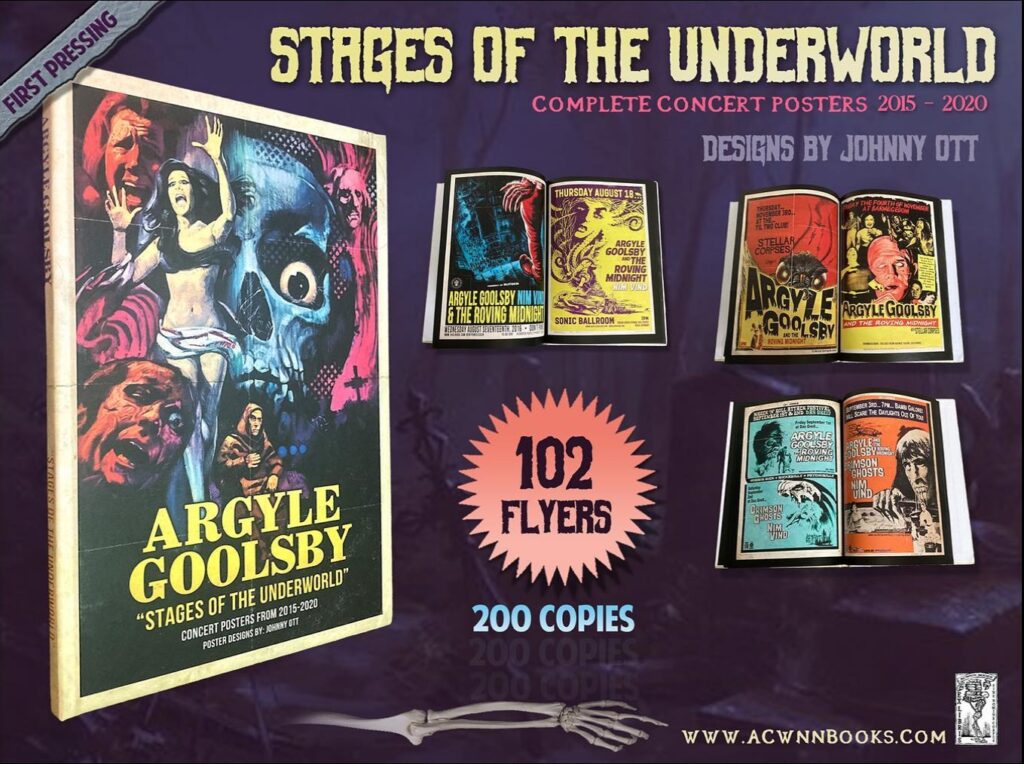 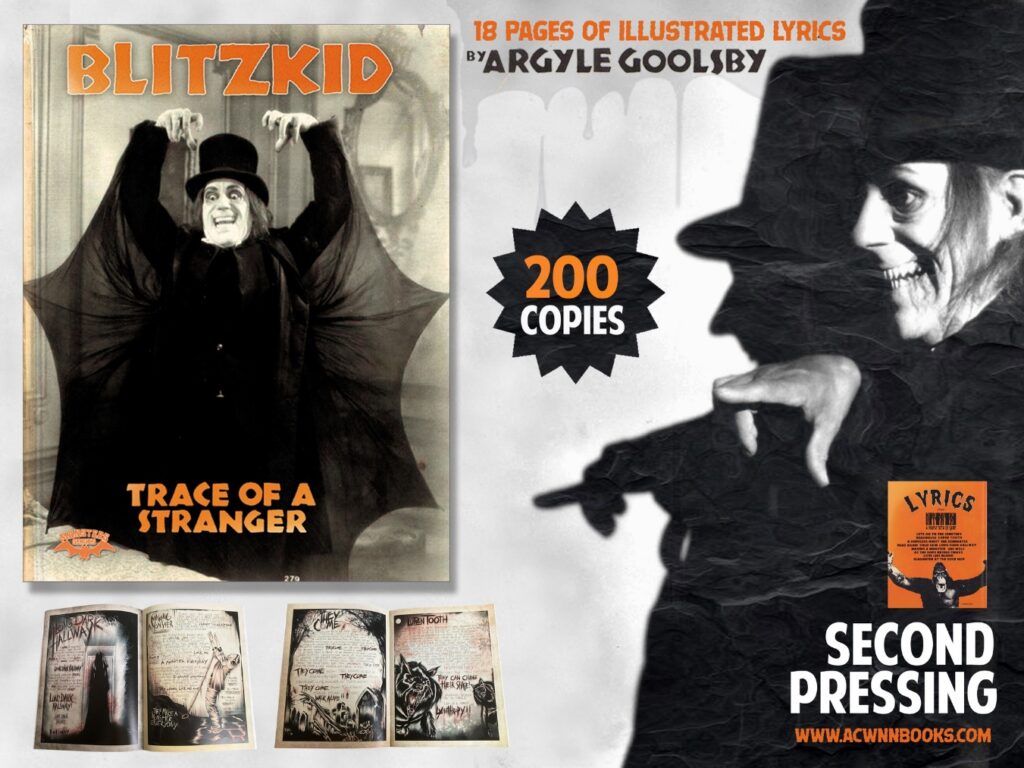 Go to acwnnbooks.com to order the above titles, and be sure to visit Goolsby at his official website.