The Redemption of “Idle Hands”

While mediocre and unimaginative movies are often highly praised, there are many amazing poorly received ones out there that truly deserve a second chance. Many of my favourite movies were hated by critics and didn’t do too well at the box office either; I am a major fan of one of Eddie Murphy’s biggest flops, The Adventures Of Pluto Nash, which got a stunning 4% on Rotten Tomatoes and lost 92.9 million dollars! That said, I think it’s important to revisit these forgotten gems that, in some cases, even ended the careers of people involved.

Idle Hands was one movie that wasn’t welcomed with open arms. Released in April 1999, the movie centres around protagonist Anton Tobias (Devon Sawa), a stoner slacker with no ambitions or goals, who’s hand becomes possessed by an evil force. With the help of newly revenant best friends Mick (Seth Green) and Pnub (Elden Henson), they have to stop his freshly severed hand from continuing its murderous rampage and opening up a portal to hell, taking Anton’s girlfriend Molly (Jessica Alba) with it. 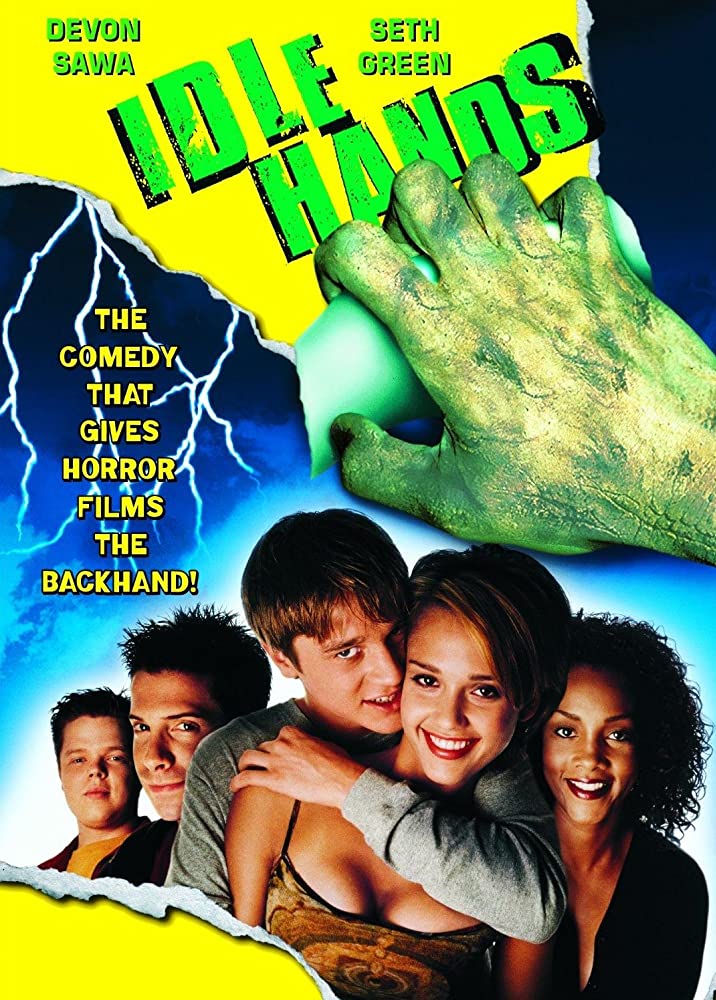 The cameos are also endless: The Offspring playing at the high-school dance with Dexter Holland getting scalped, Tom Delonge (Blink 182) working drive through at The Burger Jungle, the late Fred Willard (Anchorman, Salem’s Lot) as Anton’s dad, and Timothy Stack (My Name Is Earl) as the school principle. The demonic hand itself belonged to Christopher Hart, who played Thing in The Addams Family, and was also voiced by the iconic Robert Englund. Idle Hands also offered a few hidden gems for horror fans such as Dawn Of The Dead and Night Of The Living Dead playing on the TV, Jack Noseworthy’s character having the same weeping Jesus tattoo as Mickey from Natural Born Killers, and the fact that it was filmed in the same neighbourhood as Halloween. 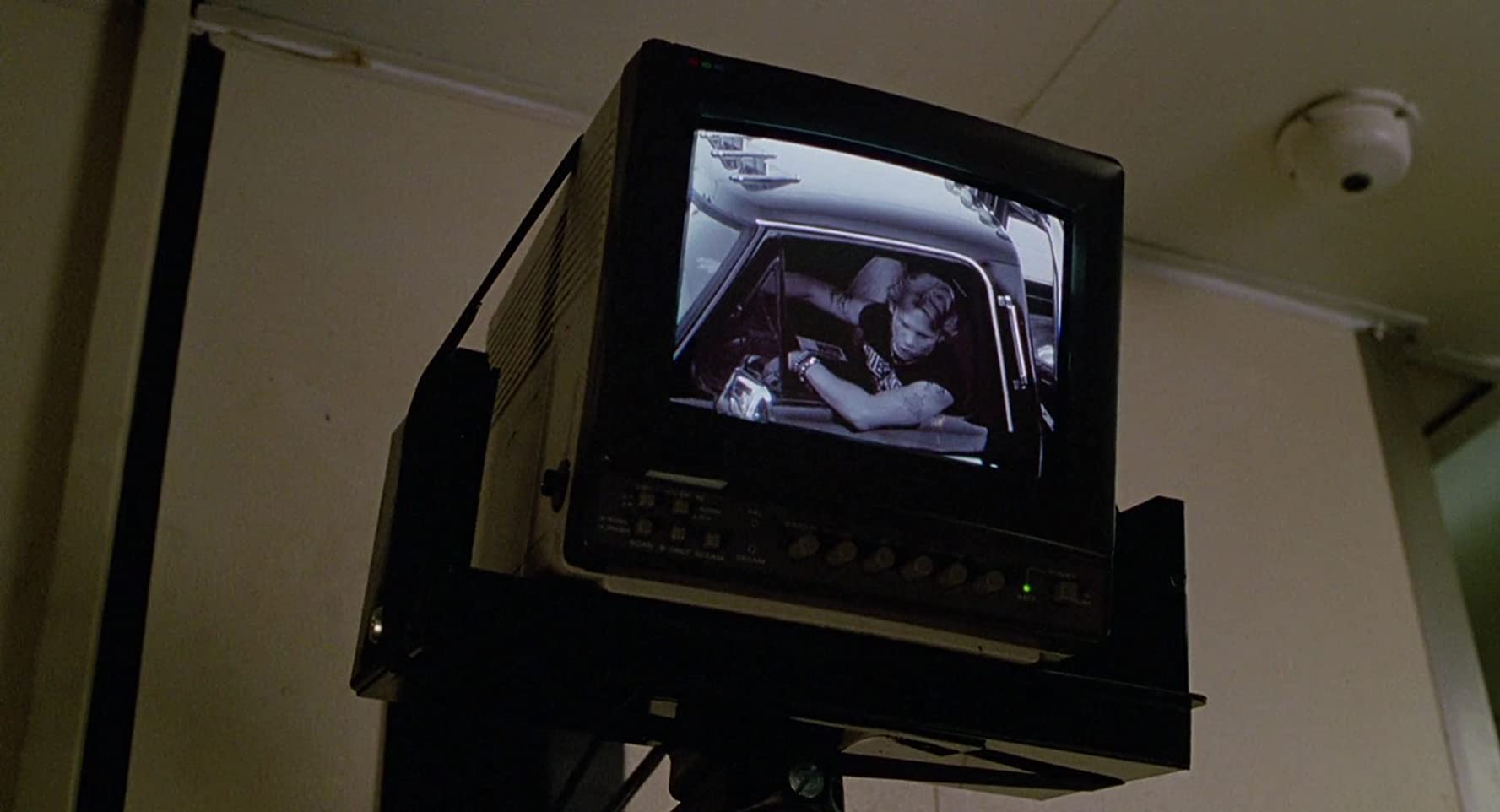 As far as reviews, Rotten Tomatoes gave Idle Hands 15%, Metacritic 31%, and Roger Ebert 2.5 stars. It bombed in theatres with a budget of 25 million and box office take of just 4.2 million. Like many movies, Idle Hands suffered from a poorly timed release. Ten days prior to its scheduled release, the Columbine school shooting occurred and the world was not receptive to a movie where a 17 year old kills his parents and friends. Because of this, Idle Hands had minimal promotion, coverage, and screen time. The original release was supposed to be around Halloween, but they changed the ending from a pool of demonic hands pulling Alba to hell, to a stoner auto class of doom. They thought the revised ending was more fitting.

Poor timing aside, there’s a lot to love about Idle Hands. Every kill scene is colourful with a flair of comedy; sewing needles, a taser gun, a beer bottle, a fan, sharpened fingers, and a saw blade are just a few of the tools utilized by the demonic hand. The soundtrack was another reason I fell in love with the movie. The Vandals, Mötley Crüe, The Offspring, Blink 182, Rob Zombie, Zeabrahead, Static-X, The Living End, Unwritten Law, Lionrock, Rancid, BTK, Sublime, David Garza, 2 Live Crew, 2wo, Vanessa Daou, and Ace Frehley (Kiss) are all featured. 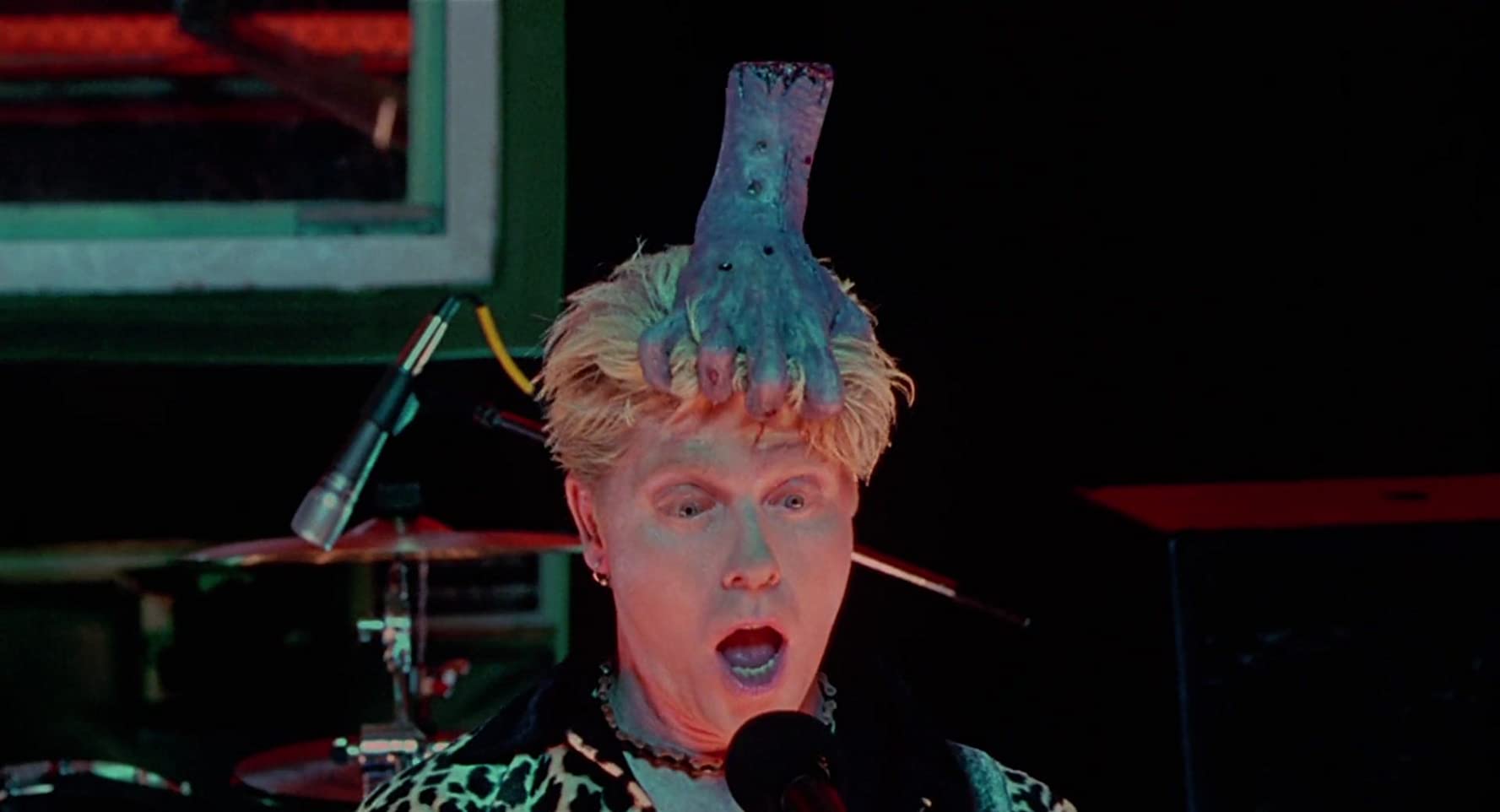 The comedic duo of Green and Henson complete this movie and give it that missing piece that a lot of horror comedies fall short on. Throw in Sawa’s absolutely useless stoner character to complete a really good chemistry between the three. The infamous burrito scene with Henson where a chewed up burrito seeps through the gap in his neck mixed with blood, dirt and beans has always grossed me out the most. Even as a horror lover, Green jamming a BBQ poker down Henson’s oesophagus with the added sound effect to hold up his head still makes me uneasy.

The visual aspects and practical effects of Idle Hands are incredibly impressive to this day, acknowledging an appreciation for the lack of CGI that soon swarmed all forms of visual entertainment. Greg Cannom, who has one of the most impressive repertoires for special effects makeup in basically all fields, Barry R. Koper (The Island of Dr Moreau, Alien Resurrection, and Scary Movie 2) and Jason Hamer (Apocalypto, Swiss Army Man) were at the helm. The robotics of Henson’s severed head, the hand as it transformed more into a monster itself, Green’s prosthetics, and Holland’s freshly scalped brain are still impressive effects and hold up over time. 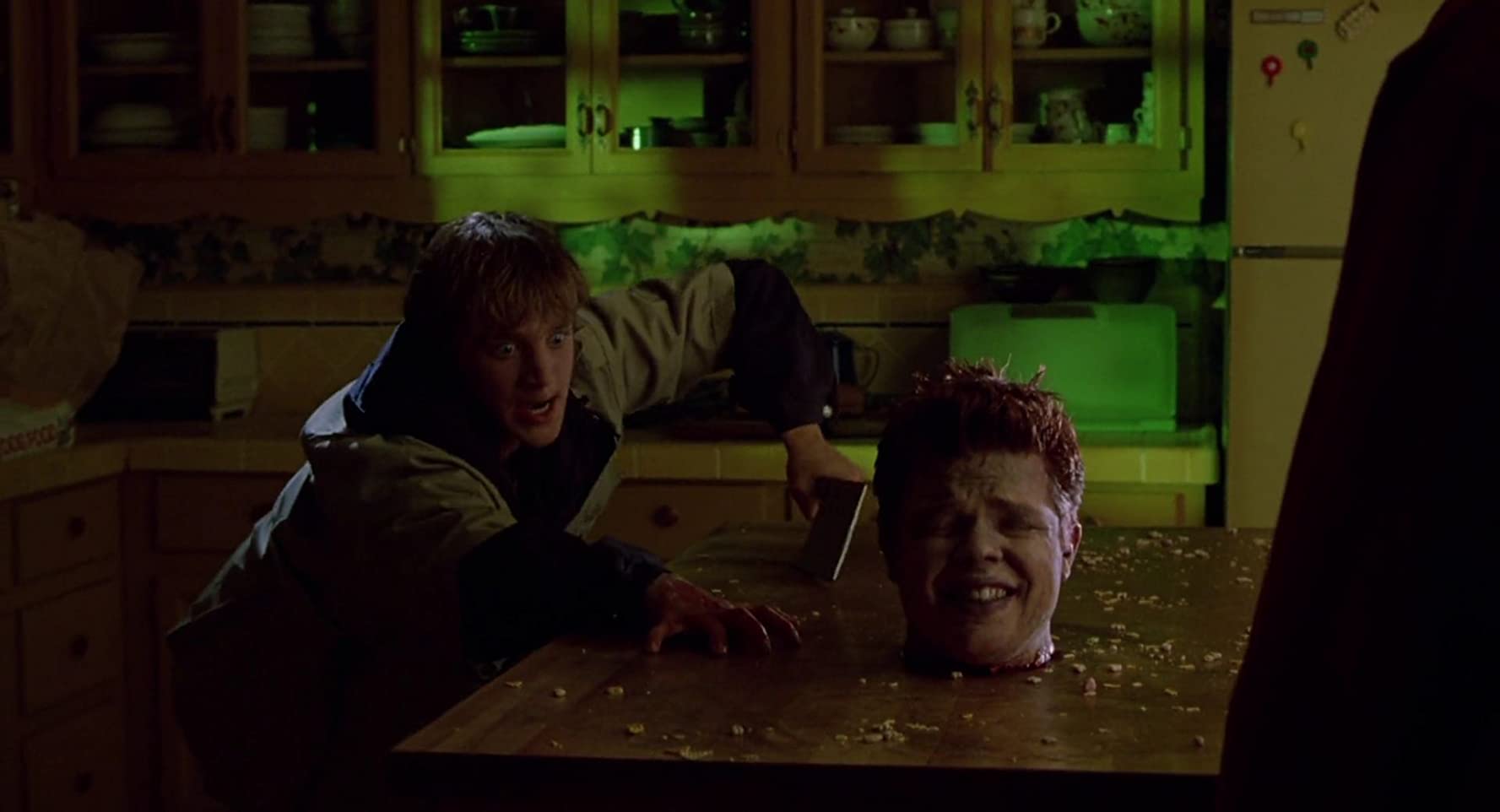 The 1990’s were a unique time in horror cinema. The 1980’s had awakened the indie horror circuit that continued into the 90’s. Looking back on 1999, it was a solid year for horror. The Blair Witch Project changed the genre, sparking the handy cam horror revolution. Released that same year, Idle Hands suffered from an unfortunate release date during a very sensitive and tragic time. It deserves its redemption. Incredibly well rounded, Idle Hands has a fun and colourful plot mixed with death and gore scenes and the perfect blend of comedy and pure gross out moments that make it well worth a second chance.