I think it’s safe to say that I will watch anything under the Charles Band producing umbrella because you always know what to expect with his team. SPELLCASTER has, and always will be, one of my favourite 80s horror movies that doesn’t get enough recognition. Written by Ed Naha (who wrote 1987’s Dolls , another fantastic film produced by Mr. Band) and Dennis Paoli (a long time collaborator with Stuart Gordon), Spellcaster has it all: castles, music videos, Adam Ant, monsters, a demonic lion chair, a pig-man, a spooky flying worm, a possessed knight, a rabid mutant dog, a neon rope that chokes you, and (as if you needed more convincing) I’ll add that the master John Carl Buechler was responsible for the special effects. 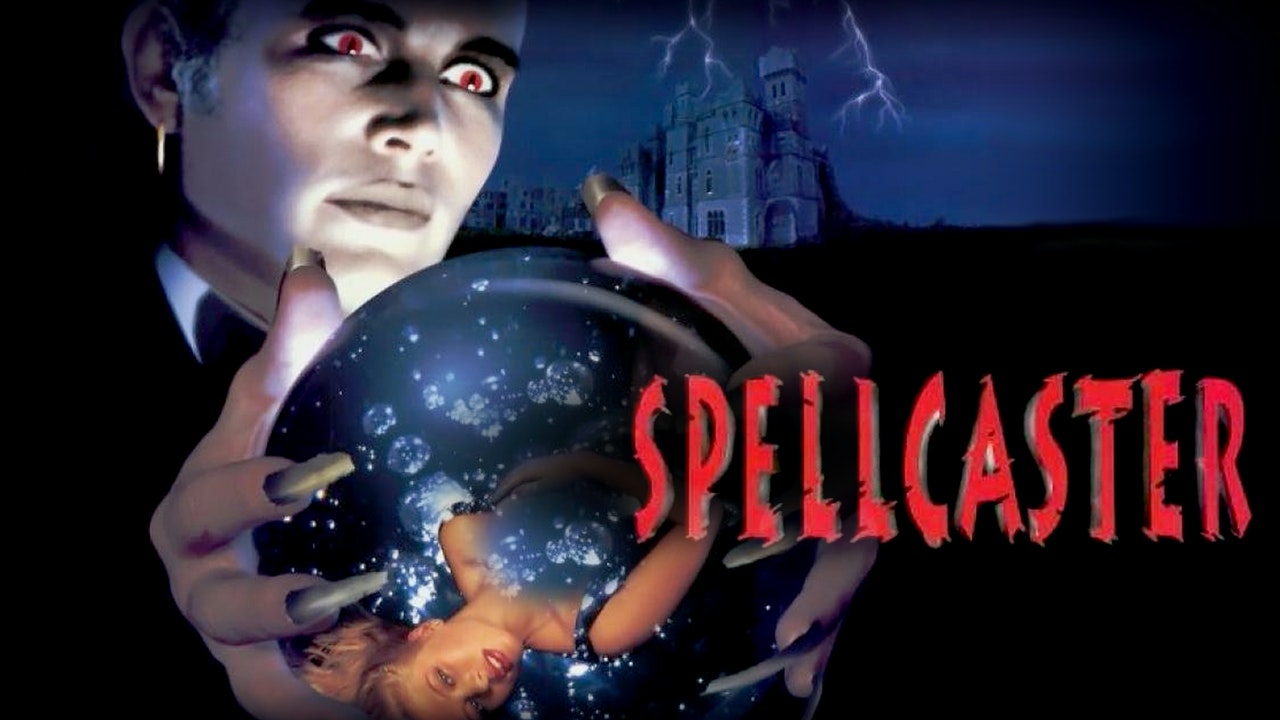 Spellcaster was made in 1988 but wasn’t released until 1992 due to the collapse of Empire Pictures. It was filmed near Rome in Charles Band’s castle Castello di Giove and was directed by Rafal Zielinski who also happened to direct one of my all-time favourite movies, Heavy Metal Summer (1988). Its plot centres on a group of young people who win a contest that allows them to spend a weekend in a medieval castle. The castle is owned by the mysterious Diablo (Adam Ant), who, with rockstar Cassandra Castle (Bunty Bailey), tasks his guests with performing a treasure hunt in order to find a check for one million dollars. The catch? if you leave the castle, you are disqualified.

The main protagonist, Jackie (Gail O’Grady) isn’t a Cassandra Castle fan, but, being a fan of money, comes along with her brother Tom (Harold Pruett). I’m a huge fan of Cassandra aka Bunty Bailey from Dolls (and the A-Ha “Take on Me” video). She’s a drunk bitch and I love the scene when she is introduced at the dinner table and proceeds to vomit on the floor. The host of a rock TV channel Rex (Richard Blade) films the event and follows her around, but she could not care any less. The beautiful Traci Lind from Fight Night 2 (1988) and My Boyfriend’s Back (1993) plays the “French” girl, Harlan is the “Blutarsky” character of the group, Albert Band plays the cook and aside from the rest of the players, you don’t get to see Adam Ant until the end, but his cryptic scenes throughout the film in which he waves his magical hands around his crystal ball to fuck with people are rather amusing. 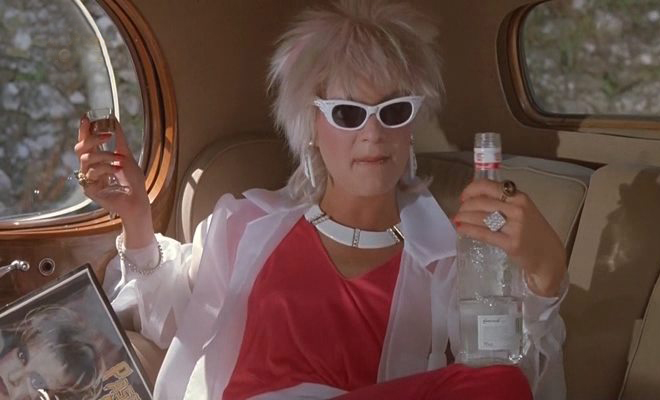 There are many elements in Spellcaster that are reminiscent of classic haunted house movies like House on Haunted Hill (1950), The Haunting (1963), Legend of Hell House (1973) and The Changeling (1980), but with a schlocky ’80s spin to it. Once all the guests arrive at the castle, spooky stuff starts to happen right away, such as statues moving on their own and the appearance of an ominous figure lurking in windows, very much like a Norman Bates situation. There’s also a very large, creepy painting of a monster hugging a woman that when given life is FAB-U-LOUS!

I often speak very highly of JCB (John Carl Buechler) and one of my favourite props in Spellcaster is the demonic lion chair. The fact that he thought of this just warms my heart. While Yvette is searching the castle for the check, she finds herself in a room with the medieval chair then decides to take a break and sits on it for a moment of peace. It has a tall back with a carved lion head at the top and arms for grabbing and once it’s hungry, it ] begins to devour her delicious neck flesh then retracts back to its initial position and burps! And we are lucky enough to see this chair in action more than once in the movie.

Another brilliant scene is when miss alcoholic rock star goes on a little adventure in the castle and ends up in the basement. Here, we see a tomb of zombies surrounded by skulls, snakes, and decrepit bodies that also come to life and rip off her clothes and try to eat her. It’s amazing! While Diablo is continuously messing with his guests throughout the film, he even makes time to fuck with a couple that is lost driving in the outskirts of the castle by exploding their car. You simply cannot get away from Adam Ant that easily whether you’re even trying or not. Now that’s evil! 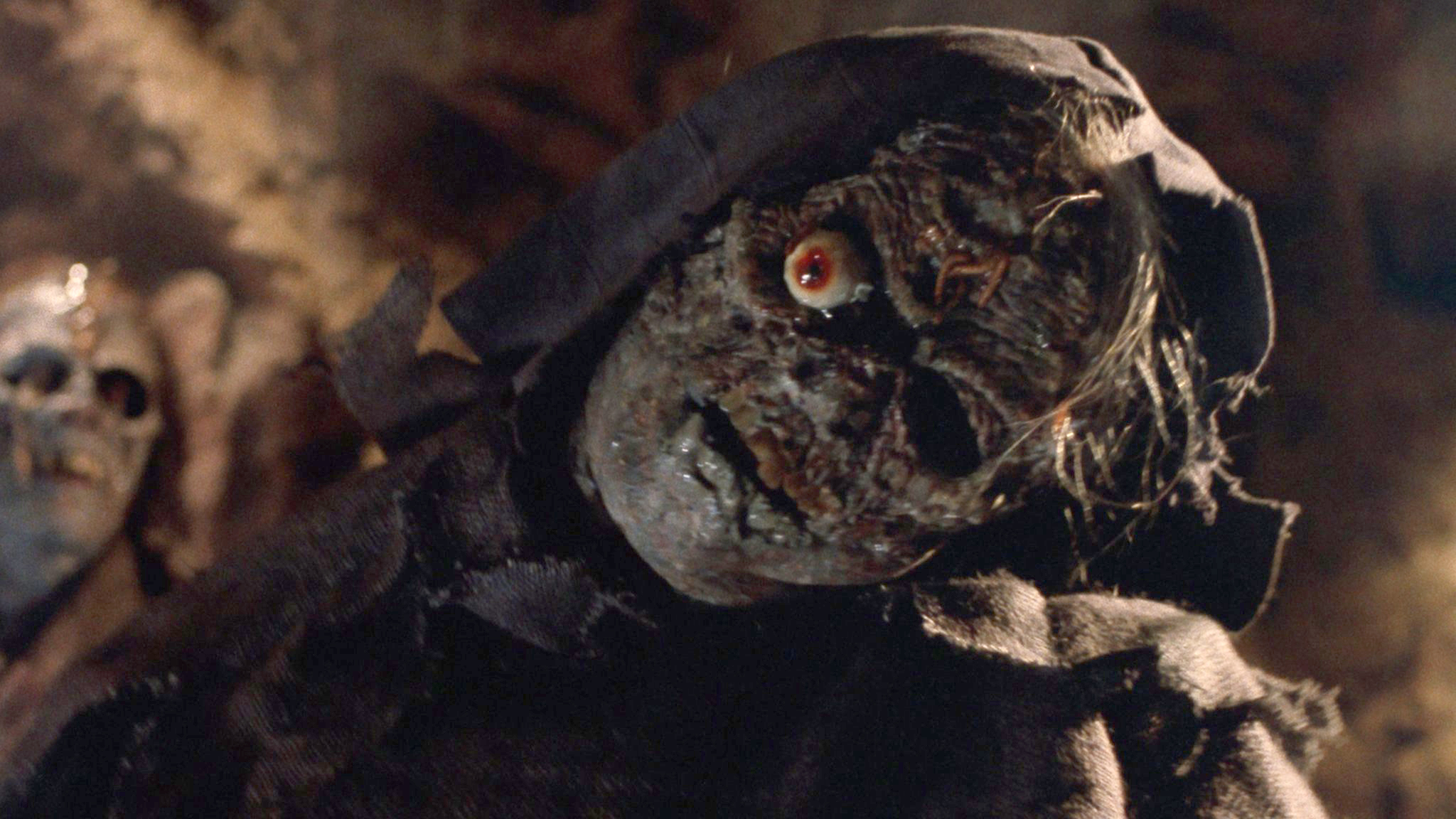 Harlan (who reminds me of “Joey” from Friday the 13th: A New Beginning), at one point gets served a roasted pig. This scene contains two evocative impressions for me. Out of all the countless movies that include a gluttonous character, I always think to myself how good the food they are eating looks despite how gross they make it look, it still makes me hungry. Every time I watch Spellcaster, this scene of when Harlan turns into a pig awakens my childhood attempts to still find Val Kilmer hot in Willow (1988) when he turns into a pig. I used to look away during that scene because I believed it tainted his gorgeous face and it made me sad.

As the ending of the film approaches, the contestants become hostile as threats are made because everyone is hungry for that million dollar check. So, of course, it’s an even more opportune time for Diablo to keep fucking with them, he decides to tease them by revealing the check in plain sight, then making it float around the air in a kind of mocking manner as he watches them chase it through the castle. But once we finally get to see Adam Ant’s suave face, his unveiling is quite tasteful even in demon form. 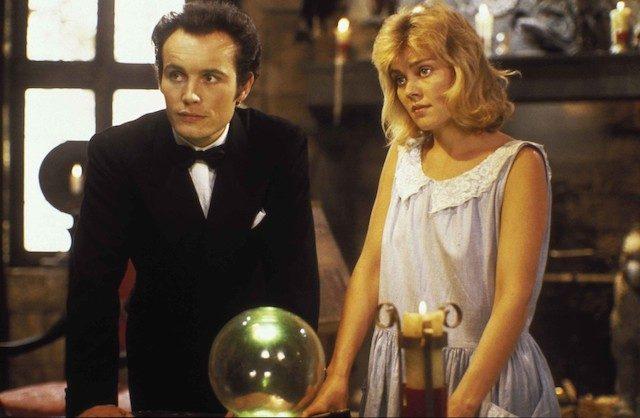 If you’re a fan of fun 80s monster movie magic, then I highly recommend checking out Spellcaster if you haven’t already. Along with the incredible cast and the work by JCB, I promise you won’t be disappointed. I also guarantee you won’t see a faster shower scene in another film. Also, who drops a contact then picks it up off the floor and puts it back in their eye without washing it? That’s how you get pink eye!