The Rewind Zone gets sensuous with “Graveyard Shift”

If you’re like me and enthralled by the sexiness of vampires and are in the mood for a titillating new watch instead of revisiting Interview with the Vampire for the millionth time, (not that I would blame you if you did), then Graveyard Shift is the movie for you. No, I’m not talking about sexy sewer rats from the 1990 Stephen King adaptation. I’m referring to the 1986 Canadian seductive movie written and directed by Jerry Ciccoritti. 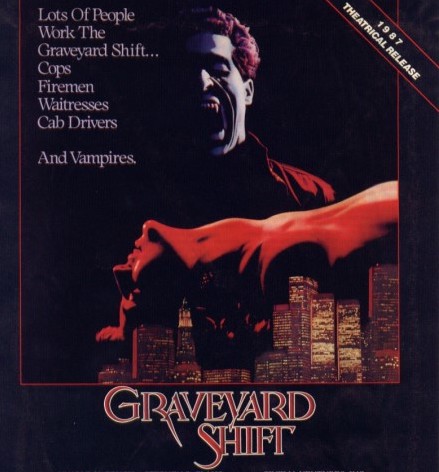 Graveyard Shift begins with a cab pulling up to a deserted street and a man dressed in all black emerges to grace his view on the nightly city of Toronto. The man, who drives cabs for the Black Cat Taxi Co., is named Stephen Tsepes and you guessed it, is a vampire. Played by Michael Miranda, Stephen picks up his victims who are unknowingly on their last drives, doomed to their deaths only to be reborn as vampires. Stephen picks up a woman in distress and as she abruptly asks him to stop the car, she runs back out into the rain intending on jumping off a dock. He chases her and forces her back into his taxi to offer her help in lieu of suicide and as he gently caresses her fishnet legs, embraces her with a fond kiss. Red light ensconces the atmosphere and they begin to undress. What begins as foreplay inevitably ends in a carnal lust for blood. The woman is a stripper at the Pink Pussy Cat and has embraced her new vampiric life. Her leather studded outfit and big red hair make her look like she’s right out of a Boris Vallejo painting, now out for blood and adding more victims to the city for the police to try to solve. 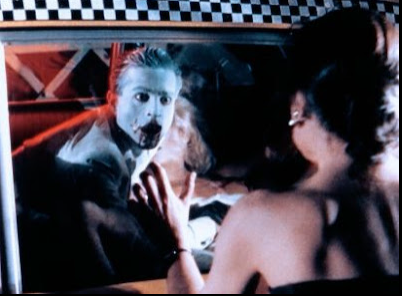 We are then introduced to Michelle Hayden, played by Helen Papas, a music video producer. Michelle is married to Eric, a snobby Wall Street suit-wearing jabronie who has little interest or respect in Michelle’s creative work. Also, he cheats on her so fuck this guy! After a project Michelle was working on crumbles, she leaves work upset that the studio didn’t sign the deal and she awaits the ride that will forever change her fate. Stephen pulls up in his cab and Michelle enters. She needs a light for her cigarette and he offers her a match from a lovely silver engraved case that she is moved by, causing him to turn around and be equally mesmerized by her beauty. Their conversation hits off and he realizes how much they have in common, and later at home, Michelle realizes she still has Stephen’s silver matchbox and the mutual infatuation commences. 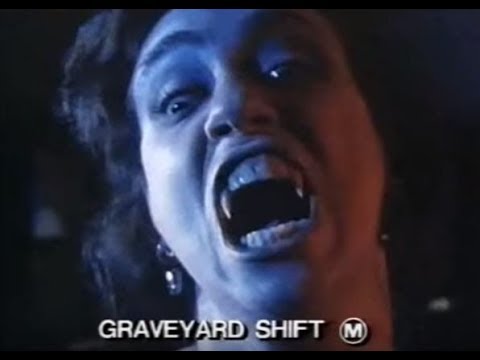 Michelle has recently had tests done by her doctor that came back positive. Unfortunately, she only has a few months to live. This reminds of a Buffy the Vampire Slayer episode where a character that has cancer wants to trade his life to become a vampire. While the diagnosis is unrevealed, it’s easy to assume lung cancer because there aren’t many scenes without her smoking a cigarette. When she exits her office the next night, Stephen is lurking, I mean, waiting for her. She is happy to see him and they ride through the dark streets once more; when he drops her off, she decides to invite him to a Halloween party she’s throwing at her and Eric’s home while she additionally discloses his infidelity.

Stephen has a run-in with a couple of thugs who try to steal his wallet and quickly realize bullets do no harm to the undead and it results in leaving more victims to confuse the police. One of my favorite scenes is when a female cop pulls Stephen over and arrests him only to have sexy vampire time in the back seat. 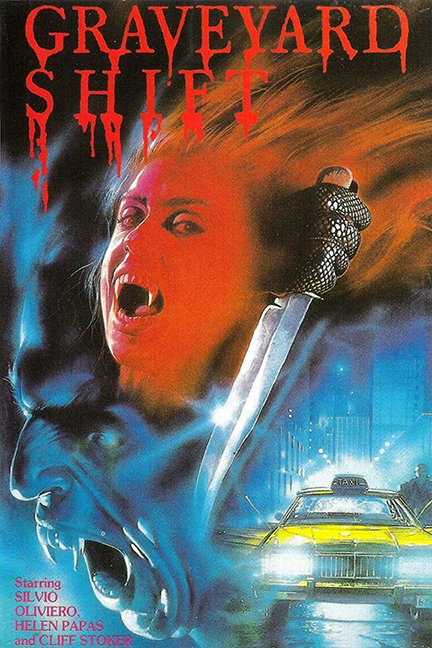 Stephen arrives to the party, handsome as fuck, and dances with Michelle, making Eric jealous. Michelle ultimately witnesses Stephen’s true vampire visage but their love is stronger than the supernatural, fear, life, or death. The remainder of the film continues with suspense, three sexy and murderous scenes occurring at once, police car chases, decapitation, throat slitting, succubi, madness, fire, blood, and lust. The last 10 minutes of Graveyard Shift set the perfect mood for a vampire flick with lighting containing a deep contrast of colours of red and blue, reminiscent of Creepshow. 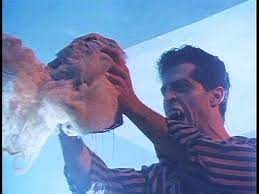 Michael Miranda returns to play Stephen in the sequel, The Understudy: Graveyard Shift 2, also written and directed by Jerry Ciccoritti, and while its predecessor is infinitely superior, is still a good film. I’d have to say I truly appreciate that Stephen sleeps naked in his coffin, something you don’t see often in vampire movies. Helen Papas does a great job as Michelle that reminds me of Regine Dandridge from Fright Night Part 2. I’m a huge fan of the vampire horror subgenre and there are a lot of deep cuts out there waiting to emerge. Another I can highly recommend is 1990’s Pale Blood but first, sink your teeth into Graveyard Shift; I hope you find it as arousing as I do.