The Z. rex is coming in “THE JURASSIC DEAD”! Exclusive trailer and poster

That other JURASSIC movie is hitting thousands of theaters in June, but does it have a zombie dinosaur? We doubt it, so jump past the jump for our exclusive first look at the trailer and poster for THE JURASSIC DEAD.

Set for a June debut by Wild Eye Releasing, THE JURASSIC DEAD was directed by Miko Davis and Thomas Martwick and scripted by Michele Pacitto, who produced the movie with professional bodybuilder Andy Haman, who also stars. The cast additionally includes Cooper Elliott, Shale Le Page, Ruselis Perry, Mia Klosterman and Jason Hagan. The synopsis: “A unit of mercenaries must team up with a group of tech-geek students after America is struck with an EMP attack. Deep in the desert, they find the source of the terror: a mad scientist who has also just created a living-dead T. rex dinosaur, one that turns everyone it attacks into a zombie. Now they must scramble to stay alive and save the planet from the ultimate undead predator.” 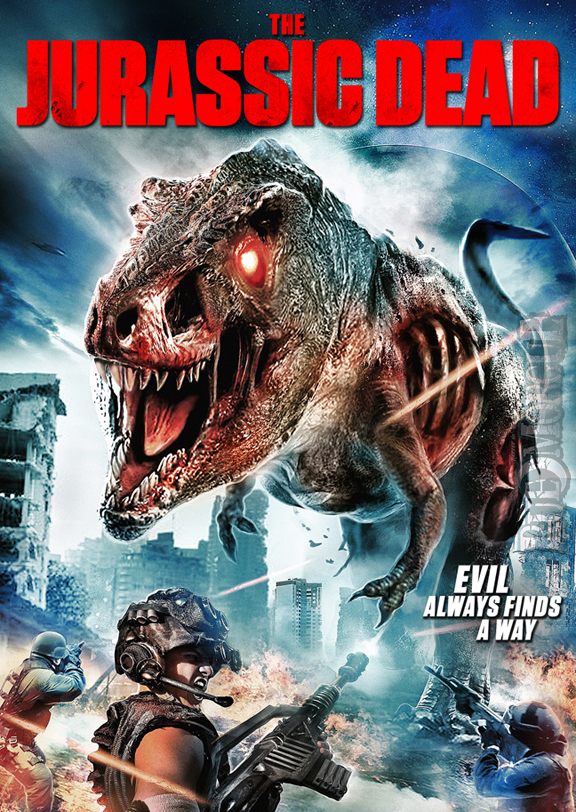