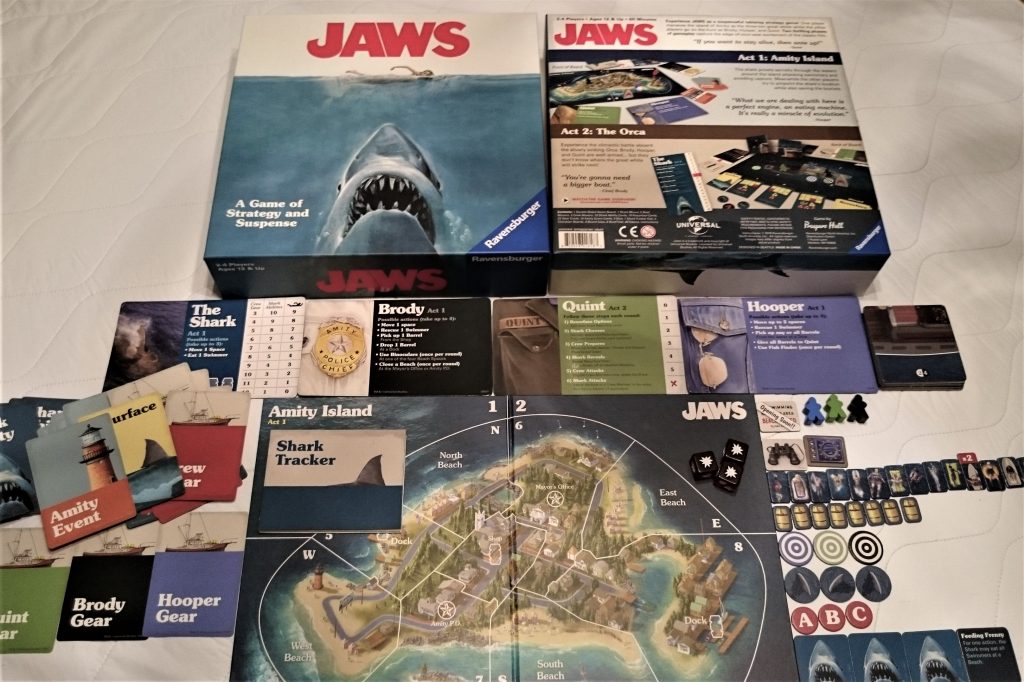 Since the great white shark known as Jaws first surfaced in book format back in 1974, it has been a hot commodity. In 1975 director Steven Spielberg cemented this thriller deep into the minds of moviegoers and it has been a popular staple since. There have been many merchandise incarnations of based on this killer shark story including video games (Jaws Unleased, 2006), vinyl collectibles (Funko pop, ReAction branded figures), inflatable pool toys, apparel and even board games.

The newest board game on the scene, simply called JAWS, by Ravensburger is a suspenseful strategy game that collectors can sink their teeth into. The game requires 2 to 4 players (best with 4), one player gets to take on the character of the blue finned giant creature named “Jaws,” while other players will take on the roles of Brody, Hooper, and Quint attempting to hunt down the shark. Jaws, crew, and boat ponds are used to represent characters on the board surface in the game.

Game play takes place on a double-sided board, with players using multiple dice with character and event cards can take up to an hour. Spanning over two different acts (and board set ups) “Amity Island”, “The Orca,” gameplay is fast, fun and thrilling. 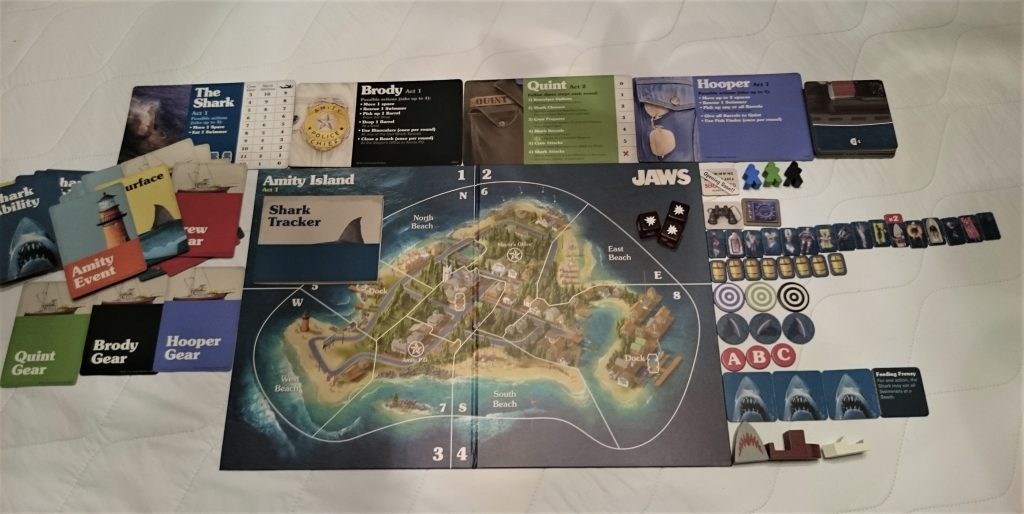 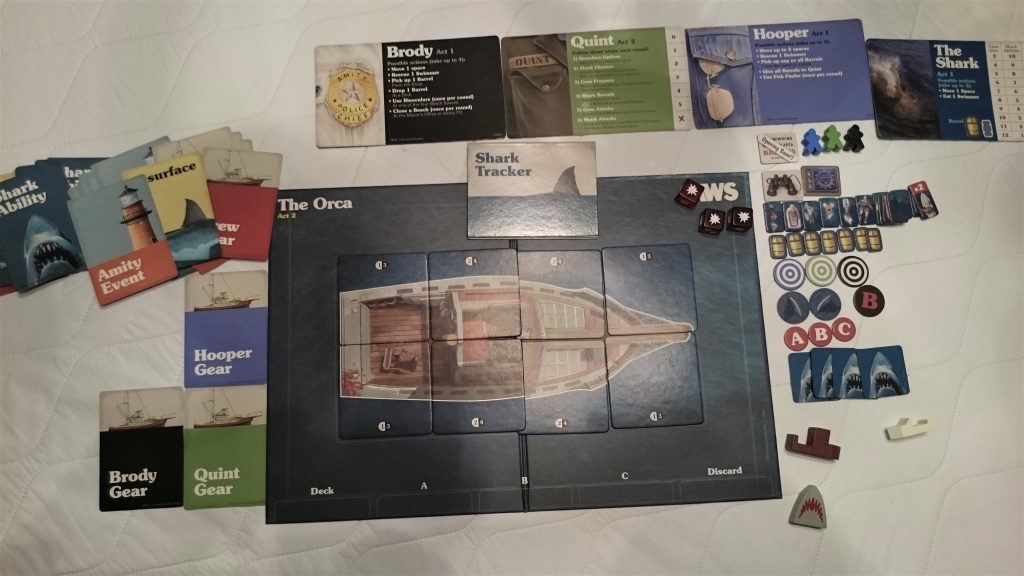 In the “Amity Island” stage of the game, Jaws causes panic amongst the swimmers in the water as the human characters try to uncover the shark’s location, while simultaneously trying to save the swimming beach goers. Flipping the board over for act 2,” the Orca,” Brody and other human characters try to survive Jaw’s attacks upon them while aboard their sinking ship. This final battle can end in two different scenarios, the humans kill Jaws or the mighty shark wins.

This game is perfect for fans of the film, but also great for board game lovers making is a “killer” gift to unwrap under the tree this season. The game is selling for many different prices right now, so be sure to shop around.

So get out of the water, grab a couple friends and immerse yourself in legend of the mighty JAWS. Find more information and releases from Ravensburger on its Official website, Instagram, Facebook and Youtube channel.