Continuing with our series of Women In Horror Month interviews, we recently had the opportunity to chat with Trista Robinson! Trista has been involved in indie horror for years and has been a fan of the genre since she was a kid. She is probably best known for her performances in Echoes of Fear, and Purgatory Road, but has also begun producing as well. Read below for Trista’s insights into the industry and advice for women looking to break into horror. 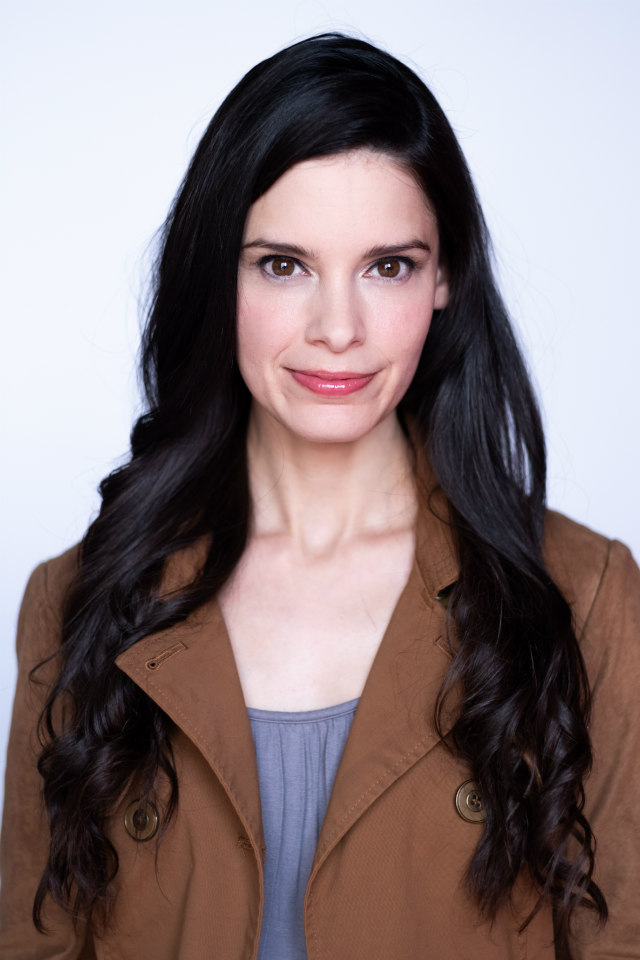 Tell us about yourself, Trista. Where are you from and how did you get into film?

Well, I’m from New York, originally, but I’m out in LA now. I grew up a horror fan because I had a single dad, who later remarried, and I was his only child before he remarried, and we spent all of our time watching horror movies. Then I went to a conservatory for the arts, I was inspired by my Aunt who was a stage actress in Pittsburg, PA. Then I started working, predominantly in horror, but in all different mediums.

Women in Horror Month is here! What does being an up-and-comer in the genre mean to you?

What’s funny is that I actually co-host a horror podcast, Without Your Head, so this year WiHM means I’ll be doing something similar to you: getting people to feature on it and talk about it. Which is a first for me.

Thank you so much!  I’m really happy to be a part of that community. We do a lot of free watch parties for short films and feature films, so it’s a great place to see underground art.

Most of your credits are horror-related. What specifically attracts you to the genre?

I think that evolves over time. As a kid, being an only child, and being a girl, and having a single dad, it was really how I related to my dad. Anything that scared my dad, left a big impact on me. As a grown-up, I’m a very visceral person and a very visceral actor and I think horror, for me, is such a visceral genre.

Maybe the most visceral…

Many times, you’re doing these tough and emotional scenes over and over again. It’s not an easy job.

Oh yeah. Long hours under crazy weather conditions. A lot of times you’re sort of covered in stuff. It takes a special kind of person to enjoy that.

What do you think is the craziest scene you’ve ever shot?

That’s a great question. I did a film once where I was possessed and they had white-out lenses, so I was effectively blind. The film took place in a warehouse where we were holding a seance so there are candles everywhere – so there’s fire everywhere! I’m attacking these people, and I’m completely blind! That was pretty crazy.

The things we do for horror, right?

Women have played such a big part in the popularity of horror. We all know the term “final girl.” In your opinion, what makes a great final girl?

To me, the best thing about final girls is that they are smart. They’re resourceful. If they weren’t, they wouldn’t be final girls!

Why do you think the whole final girl thing is so synonymous with horror, and do you find it exploitive or endearing?

Actually, that’s one of the things that first attracted me to horror as a young girl. One of the most appealing things about horror is that it’s always had strong women. The cool thing is that it’s always evolving. The other thing that appeals to me is that final girls have great arcs. That’s what I’m looking for. I want a good arc. I want an evolution; I want to go through some circumstances and come out a different person. That’s very common in horror.

Growing up, did you have a favorite final girl?

Yeah. I was very much into Clarice, from Silence of the Lambs. She just as capable, if not more capable than her colleagues.

I remember watching you in Echoes of Fear and what stood out to me was how palpable your fear was. You even looked terrified on the poster! It was in your eyes, it was on your face, but more importantly, it was in your demeanor. You carried yourself like you were shaken up. How do you get to a place like that mentally, and how do you leave it after?

That’s such a good question! I think I just…I do a lot of homework before I get to the set. I’m a bit OCD, so I just work and work and work, and I make a lot of decisions. By the time I get to the set, I throw it away and react organically because I believe in the work that I’ve done. I do enough work that I feel very confident, then I react organically. 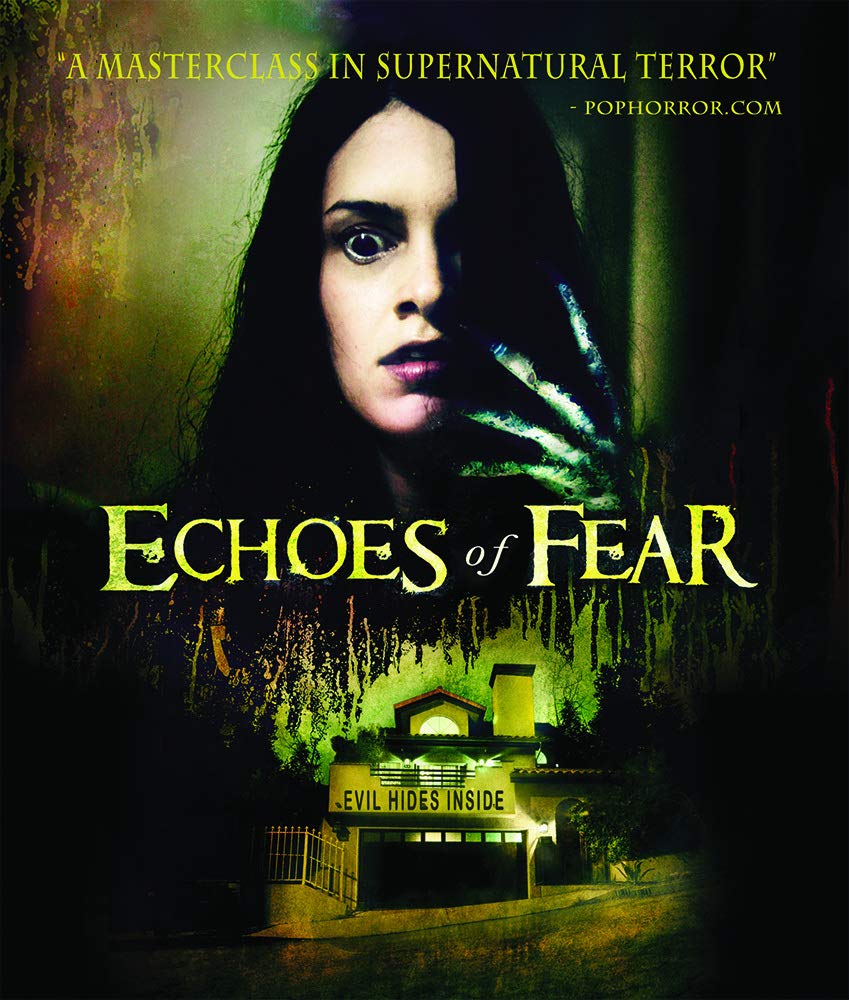 When you go home, does it ever weigh on you? Or do you just leave it all on set?

To be quite honest, by the time I go home I am so exhausted, and that’s a good thing! I want to leave it all there. If I came home, and I wasn’t exhausted I would feel like I didn’t do my job. So, I’m not coming home and having a hard time shaking it; I’m coming home and passing out!

We’ve come a long way from the days when doing a horror film was considered to be a career killer and women were openly exploited. Of course, there is always room to grow. Where do you think we could still use improvement?

That’s a very interesting question and I don’t know if I’m the authority on that, but I do feel like things are getting so much better. I have always been attracted to strong female characters and female-led projects, but I do understand there are different tastes. I think the more female filmmakers there are, and the more women that we have working behind the scenes, and the more power women have, [it] will lead to women being more accurately portrayed [on-screen].

These days, we have more women directors, writers, and producers than ever. I know you have done some producing, as well. Are you thinking of doing more of that down the line?

I work with a lot of indie horror and I have a lot of friends in that business. So, the way that I wound up producing projects was just sort of…when you’re working at an indie level you just need to do whatever needs to happen to get things done. So, I feel proactive in that way. Especially with projects that I’m passionate about. That’s how I wound up producing, and maybe the way a lot of people end up producing.

I did start out as a writer first, and as a kid, I was like a weird little poet. I did have some scripts and some plays, so if I was going to do anything other than act, or produce out of necessity, I might be interested in writing again. I am surprised at how much I have been enjoying be able to use the podcast to highlight my peer’s careers and highlight them.

What advice would you give to a woman aspiring to enter the horror genre?

There are so many things, and everything is always evolving. If I were to choose one thing to say, it would be to do it for the right reason. Because when all those other variables come up, and they will, when you fall back on your reason why it can really help with clarity. It helps me.

That’s great advice. What can we look forward to next from you, Trista?

Thanks for asking! I have a couple of projects in various stages of production. I have to be careful with what I talk about, but I’m working on a top-secret project with Michael Epstein. The film is almost finished. I have a western that will be streaming on most platforms in the Spring. I have a film called Killer Babes and the Frightening Film Fiasco. That one’s about a third shot, and we’ll be resuming soon.

I was going to ask you about that one!

Isn’t that the best title ever? That’s one of my favorite projects that I’ve been able to work on because it has a slew of mainstay women in horror, so I’m very honored. On the festival circuit, I have a film called Queen of the Dead. It’s about forty minutes long, and it’s a black and white film, it’s sort of like German Expressionistic. It’s really interesting and I’m proud to be a part of it. That’s all I can really talk about right now.

Plus, I have the podcast which we do live shows every Thursday at 4:00 PM PT. Then we cycle in more interviews during the week. That’s been a joy for me as well.

I appreciate your time, Trista!

Thank you for thinking of me, I really appreciate it!

You can see Trista in Echoes of Fear, Purgatory Road, and several other indie horror films! Be sure to check out her podcast, Without Your Head, and while you’re surfing the web, stop by the official Women in Horror Month website.