In her directorial feature debut, SUPERIOR, Erin Vassilopoulos has crafted a retro thriller set in 1987 about identity, family, and the urge for escape. A sequel to her 2015 short film of the same name, SUPERIOR sees identical twin sisters Marian (Alessandra Mesa) and Vivian (Ani Mesa) reunited after six years apart. Following a violent altercation with her abusive husband, Marian flees to Vivian’s house in the small Upstate New York town they grew up in. Though initially wary of each other, with a sense of lingering hostility tied to their unexplained estrangement, the women slowly slip back into their twinness. Their deeply intimate bond relies on and intertwines their histories, with Vivian even confusing one of Marian’s memories as her own.

Though they look like mirror images, the sisters lead vastly different lives: Vivian is a homemaker, and Marian a musician. The former has a seemingly docile manner, conforming to societal expectations, while the latter speaks her mind and cares little about what people think. But their looks offer them a unique opportunity to switch roles and try on not just each other’s clothes but also personas to escape their lives. Neither woman is happy. Vivian is deeply bored by her husband Michael (Jake Hoffman) and regrets that she never moved away, perhaps a little jealous of her sister’s seemingly exciting life. When Michael insists Marian contribute to the household, it is Vivian who ends up taking her place, finding a satisfying sense of purpose working at the ice cream store. As she rims her eyes in kohl and musses her neat bob to impersonate her sister, these physical changes are mirrored by an inner loosening as Vivian flouts the tedious routine that steers her life. Marian, meanwhile, performs mundane tasks such as running errands and preparing dinner, finding a tenuous sense of safety in her new appearance even as her husband pursues her in disorientating hallucinations. The uncanny quality of their doubleness is emphasized in shots where they are shown in mirrors; as we watch the sisters consider their reflections, it becomes clear that they are simultaneously different and the same. Their swapping of roles is a game, of sorts, but it also becomes more than that. 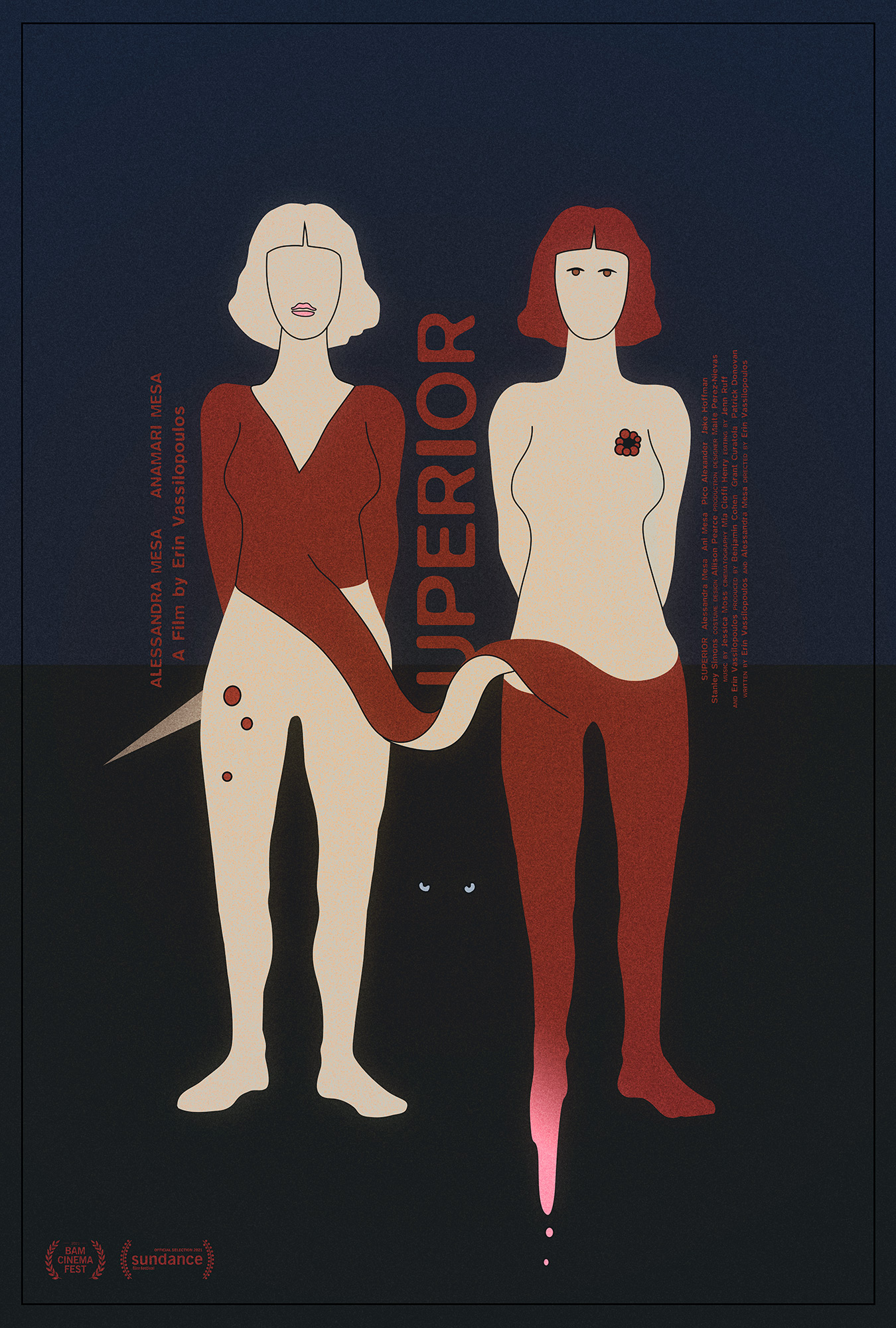 As the sisters spend more time together, their relationship grows and there is a sense of the depth that it used to have, of how close they were. There is an ease between them. Vivian suggests Marian join her in gardening, after which Vivian suggests they get a drink. Michael is very unimpressed with his sister-in-law staying with them and, more so, how it has disturbed the equilibrium in the household. However, even he cannot tell the women apart. SUPERIOR makes the uncomfortable suggestion that maybe we do not know the people in our lives as well as we think but also that, alternately, some bonds are more enduring than they might seem. When the relationship between the sisters is tested in the third act, they are forced to decide on their allegiances.

Shot on 16mm, SUPERIOR has a lo-fi aesthetic that is an homage to the era, with evocative art direction and a soundtrack including unexpected songs by artists such as BonaDish, Charlie, Cleaners from Venus, Come On, and Saâda Bonaire. Vassilopoulos’ commitment to this creation of a sense of place while also foregrounding the relationship between the sisters makes for a confident debut.

SUPERIOR was screened at the North Bend Film Festival after world premiering at Sundance.