Specializing in documentary-style frights, the Unnamed Footage Festival has expanded to a four-day event for its third installment, which will feature a number of premieres and guests. Keep reading for the details and the poster.

UFF3 will take place in San Francisco February 27-March 1. Things kick off Thursday the 27th at the Artist’s Television Access venue with a double feature of Ricky Umberger’s THE FEAR FOOTAGE and the world premiere of Umberger’s sequel THE FEAR FOOTAGE 2: CURSE OF THE TAPE. Friday the 28th sees a late-night screening of Franck Khalfoun’s first-person MANIAC remake at the Roxie Theatre. For Saturday and Sunday the 29th-1st, the main slate will be shown in all-day programs at the Balboa Theatre; highlights include:

Highlights in the short-film area include the world premiere of MONICA’S LAST DANCE, a horror/comedy from Dire Wit Productions (PIG PEN, BEYOND THE BLACK VEIL); the North American premiere of IN THE EYE OF THE BEHOLDER, about the beauty you can find in disease; and A VERY IMPORTANT FILM by Clarissa Jacobson, writer of the acclaimed LUNCH LADIES. For the full schedule and more info, head over to UFF’s official website; festival badges and tickets are available here. 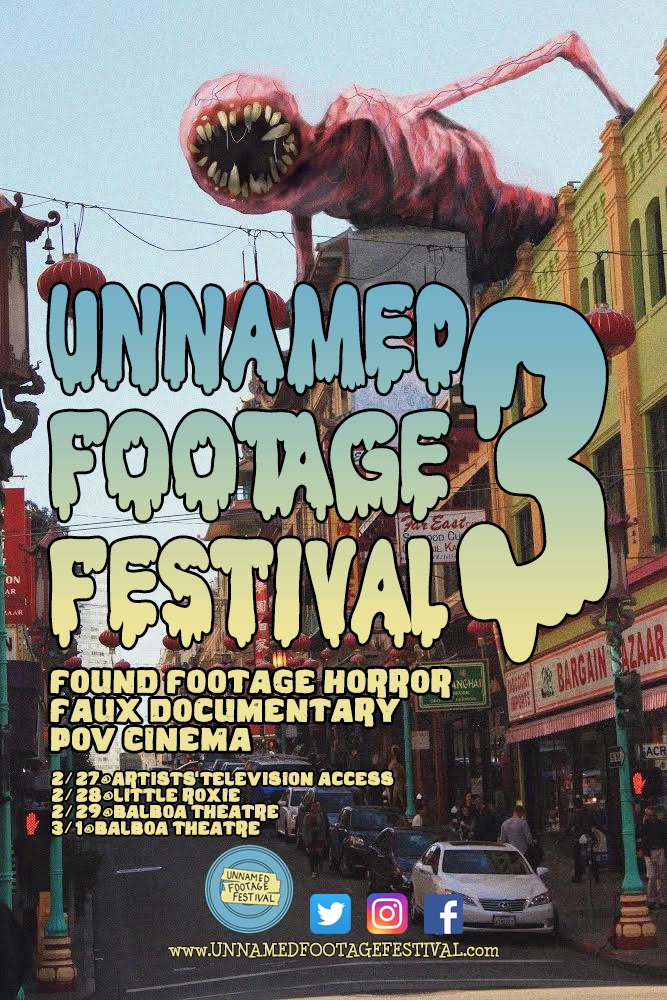