Having premiered at Salem Horror Fest ‘20 in Weekend I, ROOMMATE WANTED from writer/director Michael McCartney is debuting its first trailer. Described as “an edgy cocktail of shocks, suspense, and knowing, timely satire,” the diversely cast ROOMMATE WANTED pits Maria, a strong-willed Black heroine facing an uncertain future and her own identity crisis, along with her carefree college roommates against their seemingly perfect new tenant, Dean, who is actually an escaped mental patient with multiple homicidal personalities. Now, in this comedic horror thrill ride, Maria must face her own inner fears and step up to confront their murderous new roomie before his blood-soaked rampage overtakes them all!

“I’ve always loved horror films because they are the perfect combination of escape, artistry, and subversion,” says McCartney. “I love the challenge of telling a story that has mixed tones, as well as delivering larger social themes masked with laughs and thrills.” 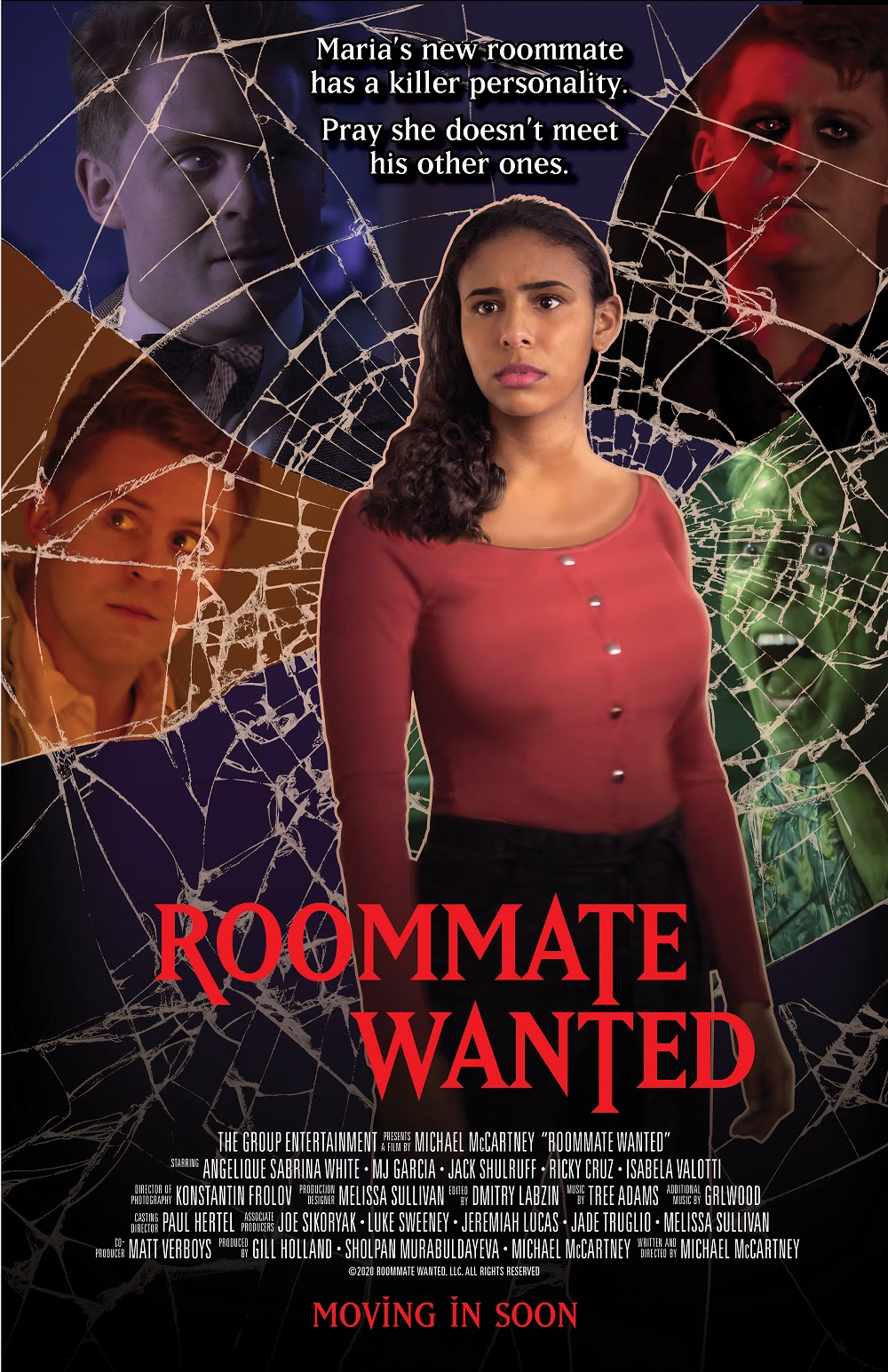