You’ll be beside yourself over exclusive “EVERY TIME I DIE” poster, plus trailer & premiere info

A new twist on a classic horror theme is headed for its festival premiere next month, and we’ve got an exclusive first look at the poster, along with the trailer and details of its debut screenings.

MiLa Media and Invisible Pictures have announced that EVERY TIME I DIE will world-premiere at the 2019 Cinequest Film & Creativity Festival; the dates and venues are listed below. Directed by Robi Michael from a script he wrote with Gal Katzir, the movie stars Drew Fonteiro, Marc Menchaca, Michelle and Melissa Macedo and Tyler White. The synopsis: “Sam falls in love with Mia, but she’s already married. In his attempts to win her love, he’s murdered on the shores of a lake. However, his consciousness does not die. Instead, he finds himself inhabiting his friend’s body. Now, he will need to stop his killer from murdering him again. In the process, his dark past will unravel and he might find out why he’s doomed to never let go of life.” 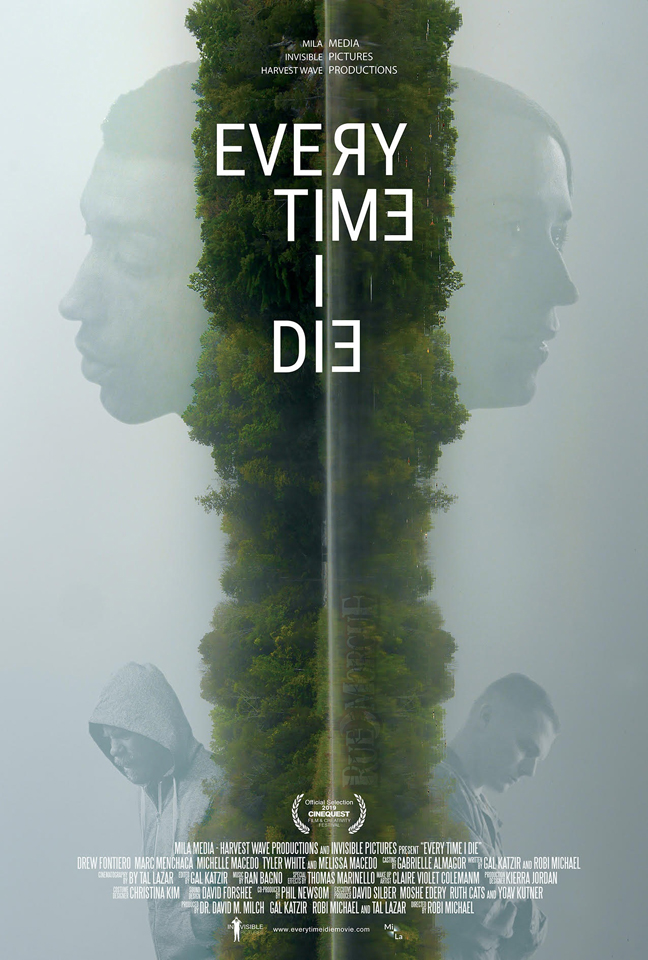